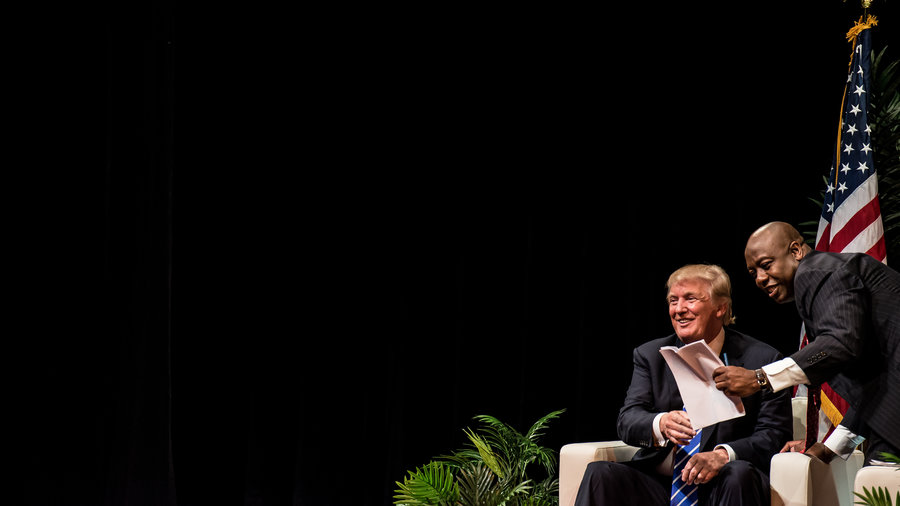 U.S. Senator Tim Scott, a conservative from South Carolina, talked openly on the senate floor about “the humiliation” of being pulled over by police officers seven times in one year. And even though he’s one of the most powerful politicians in the country, he says he’s subject to extra scrutiny in Washington because he’s black.

It is an extraordinary rebuff of those who claim racial profiling and racism does not exist in America.

“I have felt the anger, the frustration, the sadness and the humiliation that comes with feeling like you’re being targeted for nothing more than being just yourself,” said Scott.  “I thank God I have not endured bodily harm, I have, however, felt the pressure applied by the scales of justice when they are slanted.”

Scott discussed being pulled over for trivial reasons and being questioned because of the color of his skin.

“The vast majority of the time, I was pulled over for nothing more than driving a new car in the wrong neighborhood or some other reason just as trivial,” said Scott. “I do not know many African American men who do not have a very similar story to tell – no matter their profession, no matter their income, no matter their disposition in life.”

The first term senator and a rising star in national Republican politics says the profiling even happens to him as a Member of Congress.

“It’s easy to identify a U.S. Senator by our pin,” said Scott. “I recall walking into an office building just last year after being here for five years on the Capitol, and the officer looked at me, a little attitude and said, ‘The pin, I know. You, I don’t. Show me your ID.’ I’ll tell you, I was thinking to myself, either he thinks I’m committing a crime — impersonating a member of Congress — or what? Well, I’ll tell you that later that evening I received a phone call from his supervisor apologizing for the behavior”

Scott said he had a message for whites who believe racial profiling does not exist.

“I simply ask you this: recognize that just because you do not feel the pain, the anguish of another, does not mean that it does not exist,” said Scott. “To ignore their struggles, our struggles, does not make them disappear.”

A CBS News/New York Times poll released this week finds negative views of race relations at their highest levels since the 1992 Los Angeles riots. Nearly 70 percent of Americans say they now believe race relations are mostly bad, compared to 68% in 1992.