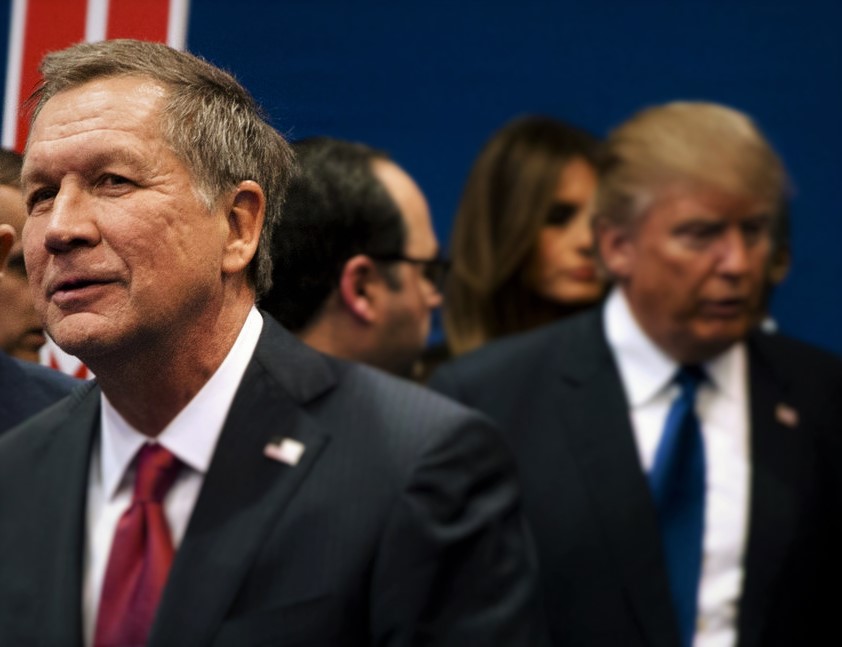 No Republican presidential nominee in history has won the White House without carrying Ohio.

The electoral map hasn’t changed in 2016. Republicans have a narrower road to that magic number than Democrats, and the GOP not including Ohio is a losing strategy.

In fact, Mitt Romney told me four years ago he had a backup plan where he could win without Ohio if necessary. John McCain told me virtually the same thing.

They both lost Ohio, and neither became president. So much for the backup plans.

Trump needs, as Richard Nixon famously said in 1960, to plant his flag in Ohio and work from there.

But it won’t help him that Ohio’s popular two-term Governor John Kasich not only hasn’t endorsed him, but plans to skip the GOP national convention and instead will address members of the NAACP.

Any campaign strategist will tell you that Trump should have been on the phone to Kasich, who never went negative on him like Ted Cruz, Marco Rubio and others, every day for the last month. Trump should have engaged Ohio’s governor, asking for his advice, his help, his ideas.

That’s what seasoned political leaders do. That’s called the “Art of the Deal.”

But Donald Trump likes to have his billionaire ring kissed, not the other way around.

And it could cost Republicans the election.

Instead of speaking at the GOP convention in Cleveland, Kasich will instead speak to the NAACP, along with Hillary Clinton, at their national convention in Cincinnati.

Despite past Republican presidential nominees addressing their convention, Trump has refused the invitation.

NAACP President Cornell William Brooks said Trump should have made the time for the civil rights leaders, especially with racial issues taking center stage in America.

As goes Ohio, so goes the nation. And right now any betting person would put money on Clinton carrying the Buckeye State.