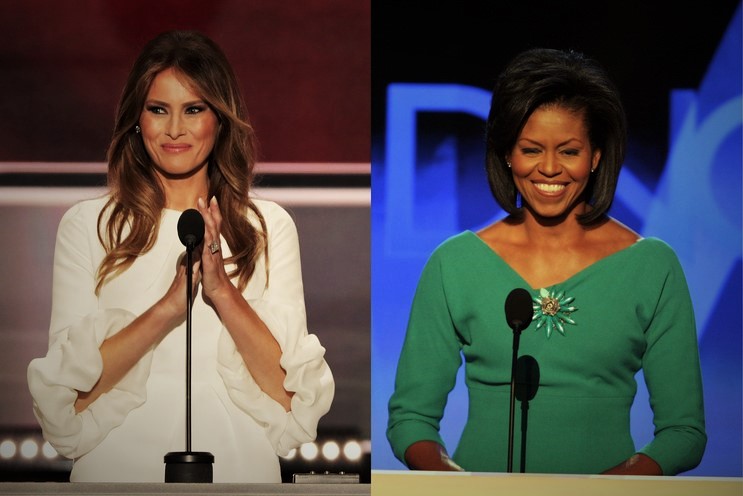 This morning, a Trump Organization staff writer, Meredith McIver, admitted she had included portions of the 2008 Michelle Obama address in the final draft of Monday’s speech after Melania Trump read them to her over the phone.

“In working with Melania on her recent first lady speech, we discussed many people who inspired her and messages she wanted to share with the American people,” wrote McIver in a statement. “A person she has always liked is Michelle Obama. Over the phone, she read me some passages from Mrs. Obama’s speech as examples. I wrote them down and later included some of the phrasing in the draft that ultimately became the final speech. I apologize for the confusion and hysteria my mistake has caused.”

McIver said she had offered her resignation, but Trump refused it.

In typical Trump style, The Donald took to Twitter not to acknowledge the mistake, but to complain about the unfair media treatment surrounding the speech:

Good news is Melania’s speech got more publicity than any in the history of politics especially if you believe that all press is good press!

Trump then turned the plagiarized speech by his wife into an attack on Hillary Clinton:

The media is spending more time doing a forensic analysis of Melania’s speech than the FBI spent on Hillary’s emails.

The investigation into Clinton’s use of a private email server while she was the secretary of state lasted nearly a year.

After today’s admission that portions of Melania’s speech were plagiarized, former Trump campaign manager Corey Lewandowski said Manafort should be held responsible. “I think if it was Paul Manafort, he would do the right thing and resign,” said Lewandowski.

Trump’s son Donald Jr. angrily disagreed saying, “Corey’s been a great surrogate but I’m not going to allow nonsense to be perpetuated because someone’s looking to get on TV,” said Donald Jr.

One thing is certain: Had the Trump campaign simply acknowledged it sooner the issue would not have generated two days worth of negative publicity. Republicans are discovering that nominating someone who has no political experience, to be the top politician in America, comes with a sharp learning curve.