When I Asked Hillary About Bill 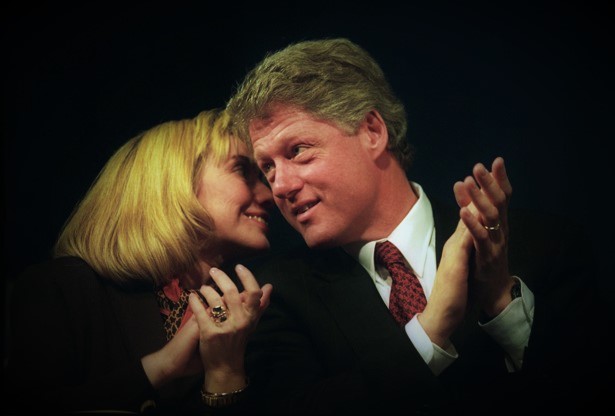 You can love them, or hate them, but there is no denying that Bill and Hillary Clinton are the most powerful political couple in the history of the United States.

Still together, through the amazing highs and the embarrassing lows, the Clinton’s are 100 days from perhaps doing what no couple ever has: Both sitting in the Oval Office as Commander in Chief.

We are living through history.

Once, during an interview in South Carolina, I pressed Hillary Clinton on what she would do with her husband if she became president. Think about that for a second. Her husband, the former president, could be 102 days from becoming America’s First Gentleman.

From my book Front Row Seat at the Circus:

Our interview was just weeks after Clinton had raised eyebrows during a speech in Iowa where she had repeated a question from an audience member, “What in my background equips me to deal with evil and bad men?” As Clinton said it, she smiled and paused for effect. The crowd howled with laughter as reporters looked on in confusion.

Pundits went on television suggesting she was referring to her husband and the years of defending him only to learn he had lied about numerous affairs. So I started our interview there, asking her what she would do with her husband, the former president, if she were elected.

As I asked this question, Clinton made her trademark laugh—a bit awkward, a bit intimidating—made so famous by Amy Poehler on Saturday Night Live.

“I think that the work that Bill has done in the last years with his foundation and outreach to other countries gives us a leg up in terms of rebuilding the alliances that we need in order to be successful in leading the world,” she told me.

When I pressed her on what exactly that meant in context to what he would do if she were President, she smiled and continued without offering specifics. “One of the things I admire about our presidential system is that presidents use former presidents. I will certainly call on the former presidents.”

Thinking about it now, Hillary Clinton is in this weird position where she wants the job once held by her spouse. She gives no indication of what kind of working relationship they’ll have if she wins, maybe because it is impossible for her to know herself.

You can read more about what it was like to cover the Clinton campaign in Front Row Seat at the Circus.