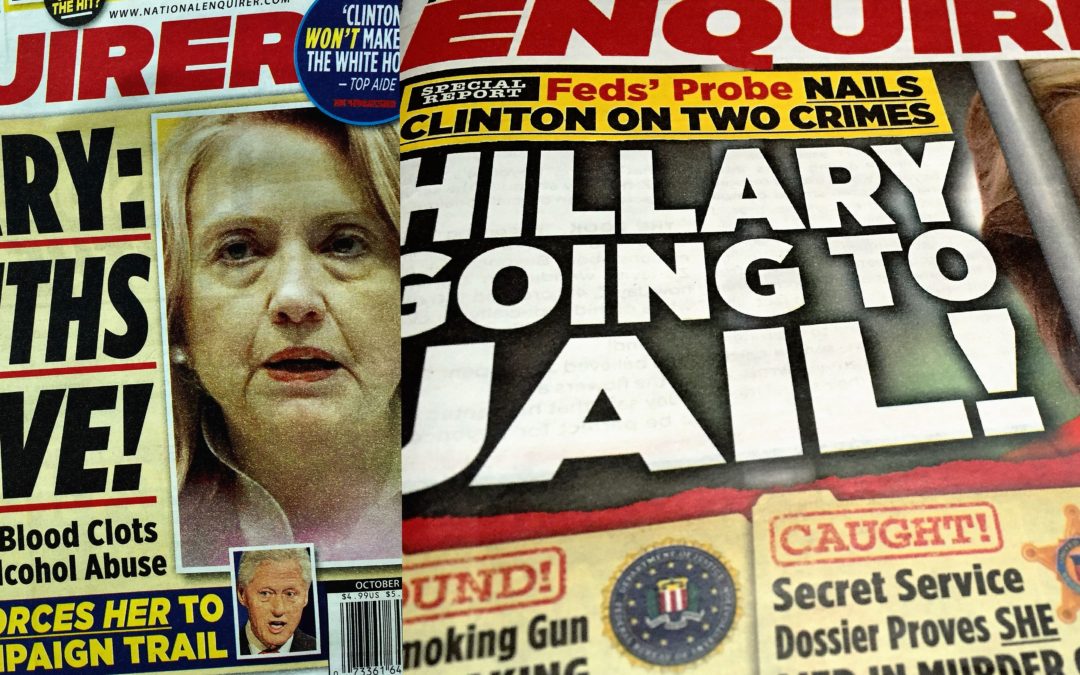 Trump often condemns the media and political reporters at his campaign events, but he has a special place in his heart for the National Enquirer, asking back in June why it has not won a Pulitzer Prize.

It’s true, the Republican nominee for president believes a magazine synonymous with hype and sensationalism should be awarded the most prestigious medal in the world.

Trump is best friends with Enquirer CEO David Pecker, which may explain a lot. In July 2013, he even tweeted that Pecker should become CEO of Time magazine:

.@TIME Magazine should definitely pick David Pecker to run things over there – he’d make it exciting and win awards!

Pecker’s support of the New York billionaire reality TV host helped his campaign during the primaries, and now the gossip magazine has turned its ink on Hillary Clinton, making sure she’s ridiculed week-after-week on the front page.

The Enquirer has claimed Clinton is suffering from strokes, brain cancer, depression, alcoholism, multiple sclerosis, endometriosis, and paranoia. They have accused her of covering up her husbands “sex crimes” and suggested Bill Clinton has both Parkinson’s and Alzheimer’s disease. This week the Enquirer suggested Hillary has gained 103 pounds, and is “eating herself to death.” Twelve months ago they claimed she had only six months to live.

Here are some other recent headlines:

Trump’s scandal-filled personal life — the affairs, the multiple marriages, the casino bankruptcies, the controversial statements, his own health — would be juicy headlines too. But the Enquirer just tosses love Trump’s way, calling him a “legend”:

The Clinton campaign has not said whether it will complain to grocery stores and other businesses that they are inadvertently doing Trump’s, and the National Enquirer’s, dirty work by displaying these blatantly false covers just 80 days before the election.