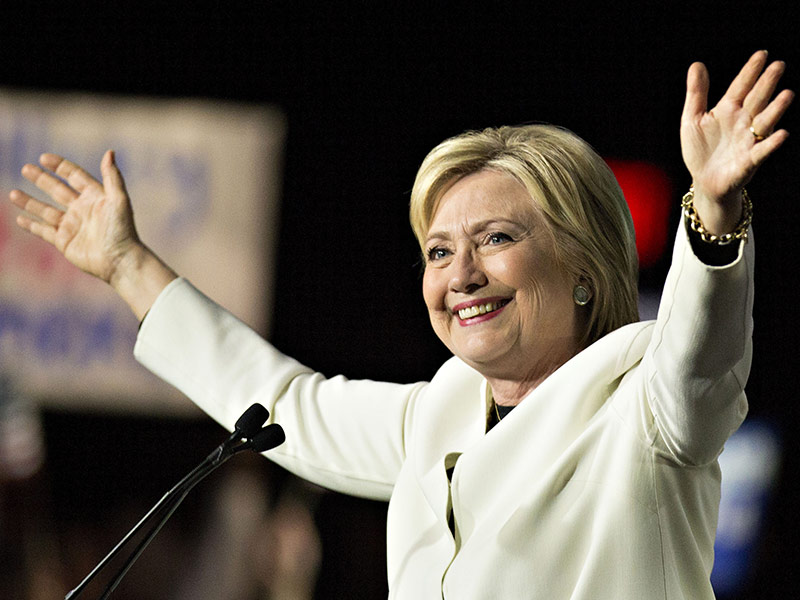 Donald Trump is “a clear and present danger to our country.”

The words from the liberal editorial board of the New York Times? No.

That’s the conclusion of the conservative Cincinnati Enquirer, which hasn’t backed a Democrat for the White House in 100 years.

It’s also a key newspaper in battleground Ohio, from the southwestern part of the state that Trump must carry.

“Trump brands himself as an outsider untainted by special interests, but we see a man utterly corrupted by self-interest,” says the paper. “His narcissistic bid for the presidency is more about making himself great than America. Trump tears our country and many of its people down with his words so that he can build himself up. What else are we left to believe about a man who tells the American public that he alone can fix what ails us?”

The paper, which had backed every other Republican presidential nominee since Woodrow Wilson, also slammed the billionaire reality TV host for a years worth of outrageous statements on the campaign trail.

“Trump was the primary propagator of arguably the biggest lie of the past eight years: that Obama wasn’t born in the United States. Trump has played fast and loose with the support of white supremacist groups. He has praised some of our country’s most dangerous enemies – see Vladimir Putin, Kim Jong Un and Saddam Hussein – while insulting a sitting president, our military generals, a Gold Star family and prisoners of war like Sen. John McCain. Of late, Trump has toned down his divisive rhetoric, sticking to carefully constructed scripts and teleprompters. But going two weeks without saying something misogynistic, racist or xenophobic is hardly a qualification for the most important job in the world. Why should anyone believe that a Trump presidency would look markedly different from his offensive, erratic, stance-shifting presidential campaign?”

While knocking Trump, the editorial does offer some criticism of Clinton. But it “pales in comparison” to the former star of The Apprentice.

“Our country needs calm, thoughtful leadership to deal with the challenges we face at home and abroad,” says the paper. “We need a leader who will bring out the best in all Americans, not the worst. That’s why there is only one choice when we elect a president in November: Hillary Clinton.”

Two other conservative newspapers endorsed Clinton earlier this month. The Dallas Morning News said of the Republican nominee, “Trump’s values are hostile to conservatism. He plays on fear — exploiting base instincts of xenophobia, racism and misogyny — to bring out the worst in all of us, rather than the best.”

The largest newspaper in Texas, the Houston Chronicle, also endorsed Clinton saying about Trump, “he is, we believe, a danger to the Republic.”

While conservative papers are breaking from Trump, liberal editorial boards are sticking with Clinton. The Los Angeles Times endorsed her this morning saying, “electing Trump could be catastrophic for the nation.”