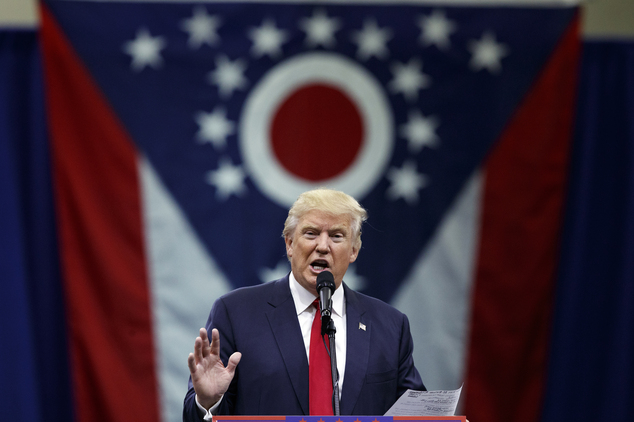 Birds have to fly, fish have to swim and Republican presidential candidates must win Ohio.

It’s just that simple, and two new polls out today are very good news for the GOP.

The latest CNN poll has Donald Trump up 5 points over Hillary Clinton in the state Trump must win to reach 270 electoral votes:

In a new Bloomberg poll Trump also leads by five points in Ohio:

What both polls indicate is that the younger voters who were key to Barack Obama’s coalition to win the Buckeye State in both 2008 and 2012 are not there for Hillary Clinton. While she leads with voters under the age of 35, it is by a significantly less margin than Obama.

White voters without college degrees are also the bedrock of Trump’s support. He is winning white men in Ohio by an overwhelming margin, while Clinton does well with educated white women and African Americans.

The most popular politician in the state remains Governor John Kasich who has a 59 percent approval rating. Kasich has not endorsed Trump, which could hamper his get-out-the-effort as early voting is set to start next month.

No Republican has ever won the White House without winning Ohio’s electoral votes. Democrats have not been able to win without carrying Ohio since 1960.