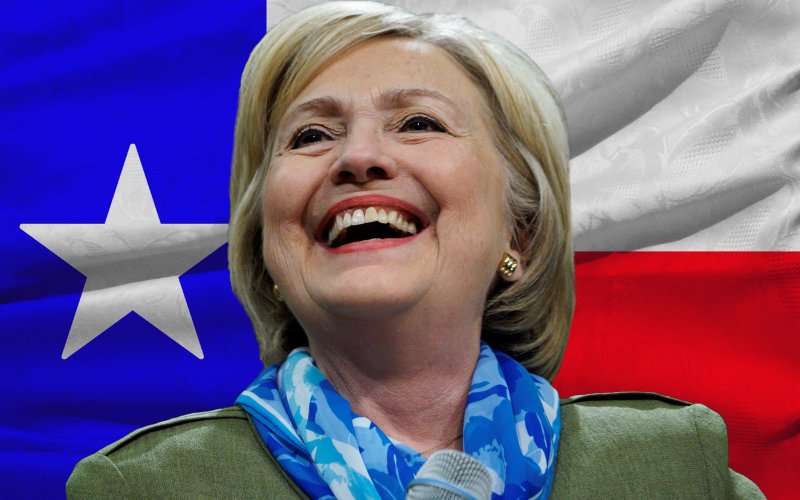 The last time the Dallas Morning News endorsed a Democrat for President was when America was fighting the Axis Powers in World War II. That’s over 75 years, and 20 presidential elections, ago.

So Texans were a bit shocked when they woke up this morning and read this headline in the usually conservative paper:

“There is only one serious candidate on the presidential ballot in November. We recommend Hillary Clinton.”

This is a once-in-a-lifetime historical moment in the history of Texas newspapers to say the least.

“We’ve been critical of Clinton’s handling of certain issues in the past, but unlike Donald Trump, Hillary Clinton has experience in actual governance, a record of service and a willingness to delve into real policy,” stated the editorial. “Resume vs. resume, judgment vs. judgment, this election is no contest.”

The endorsement of Clinton followed an editorial in the Dallas Morning News yesterday which slammed Trump, claiming he is “not qualified to serve as president and does not deserve your vote.”

“What does it mean to be a Republican today? With Donald Trump as the party’s new standard-bearer, it’s impossible to say,” said the editorial. “Trump’s values are hostile to conservatism. He plays on fear — exploiting base instincts of xenophobia, racism and misogyny — to bring out the worst in all of us, rather than the best.”

As for constant accusations by some conservatives that Clinton is guilty of “treason” or “murder” the editorial strongly responded, “Hillary Clinton being cleared of crimes by investigation after investigation has no effect on these political hyenas; they refuse to see anything but conspiracies and cover-ups.”

The editorial concludes, “Hillary Clinton has spent years in the trenches doing the hard work needed to prepare herself to lead our nation. In this race, at this time, she deserves your vote.”

Trump currently leads Clinton in Texas by an average of 8 points, but he is way below Mitt Romney’s 18 point victory in 2012. The fact major conservative newspapers are knocking Trump, while lining up behind Clinton, could prompt Democrats to start spending more heavily in the Lone Star State where Hispanic voters could play a larger role.

If Trump has to play defense in Texas at any point in the next eight weeks, it’s game over for him.