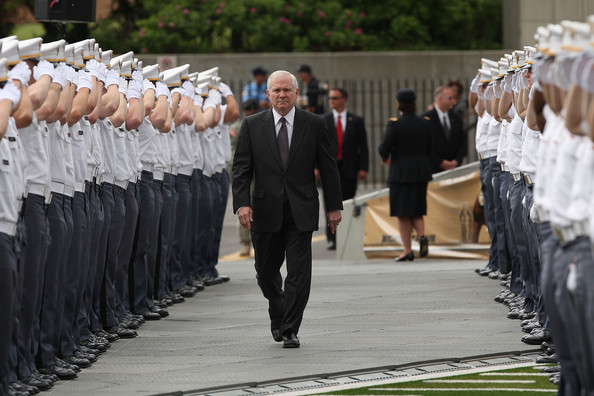 Former Defense Secretary Robert Gates, one of the most respected men in Washington, D.C. who has served both Republican and Democratic presidents, today unleashed on Donald Trump, questioning his temperament and ability to lead America.

“At least on national security, I believe Mr. Trump is beyond repair,” wrote Gates in the Wall Street Journal. “He is stubbornly uninformed about the world and how to lead our country and government, and temperamentally unsuited to lead our men and women in uniform. He is unqualified and unfit to be commander-in-chief.”

Gates wrote Trump is clueless when it came to the American military and foreign policy.

“The world we confront is too perilous and too complex to have as president a man who believes he, and he alone, has all the answers and has no need to listen to anyone,” wrote Gates. “A thin-skinned, temperamental, shoot-from-the-hip and lip, uninformed commander in chief is too great a risk for America.”

The registered Republican, who served as Defense Secretary for both George W. Bush and Barack Obama, points to Trump’s praise of Russian President Vladimir Putin, his threats to not defend our NATO allies, and his comment that he would “bomb the shit” out of ISIS.

“Mr. Trump is also willfully ignorant about the rest of the world, about our military and its capabilities, and about government itself. He disdains expertise and experience while touting his own—such as his claim that he knows more about ISIS than America’s generals,” wrote Gates. “He has no clue about the difference between negotiating a business deal and negotiating with sovereign nations. A thin-skinned, temperamental, shoot-from-the-hip and lip, uninformed commander-in-chief is too great a risk for America.”

Gates joins a long list of Republican officials — including the last two Republican presidents and the last GOP presidential nominee — who have said they will not vote for Trump.

Never met but never liked dopey Robert Gates. Look at the mess the U.S. is in. Always speaks badly of his many bosses, including Obama.

Despite his view that Trump is unsuited to be Commander In Chief, Gates still withheld an endorsement of Hillary Clinton.

“Mrs. Clinton has time before the election to address forthrightly her trustworthiness, to reassure people about her judgment, to demonstrate her willingness to stake out one or more positions on national security at odds with her party’s conventional wisdom, and to speak beyond generalities about how she would deal with China, Russia, North Korea, Iran, the Middle East — and international trade,” wrote Gates. “Whether and how she addresses these issues will, I believe, affect how many people vote — including me.”