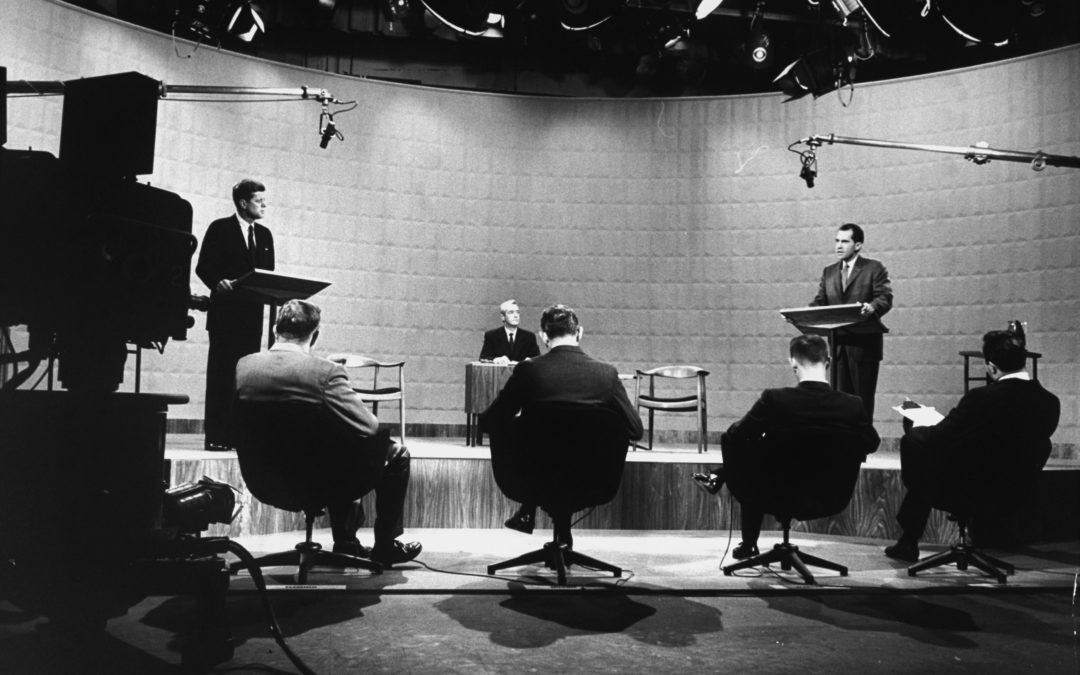 For the first time in U.S. history, a debate between major party presidential candidates is shown on television. The presidential hopefuls, John F. Kennedy, a Democratic senator from Massachusetts, and Richard M. Nixon, the vice president of the United States, met in a Chicago for their first of four debates.

Kennedy emerged the winner according to a majority of the 70 million Americans who were watching at home on television. Interestingly, for those listening on radio, a majority felt Nixon had won.

JFK had a natural ease in front of the camera, even changing from his white shirt to blue prior to the debate to avoid glare, while Nixon was not feeling well after slamming his knee on a car door before entering the studio. Refusing makeup, the “lazy shave” applied on Nixon’s face to cover a partial beard began to drip under the intense studio lights, making Nixon look nervous.

Less than three weeks later, on November 8, Kennedy won 49.7 percent of the popular vote in one of the closest presidential elections in U.S. history, surpassing by a fraction the 49.6 percent received by Nixon.

Kennedy’s strong performance on television is credited for being the difference in the outcome of the election.

Sixteen years would pass from the last presidential debate in 1960 until the next debate between Gerald Ford and Jimmy Carter in 1976. Today, televised debates are considered mandatory for the major party nominees.

Here now are the highlights from the first televised presidential debate on September 26, 1960: