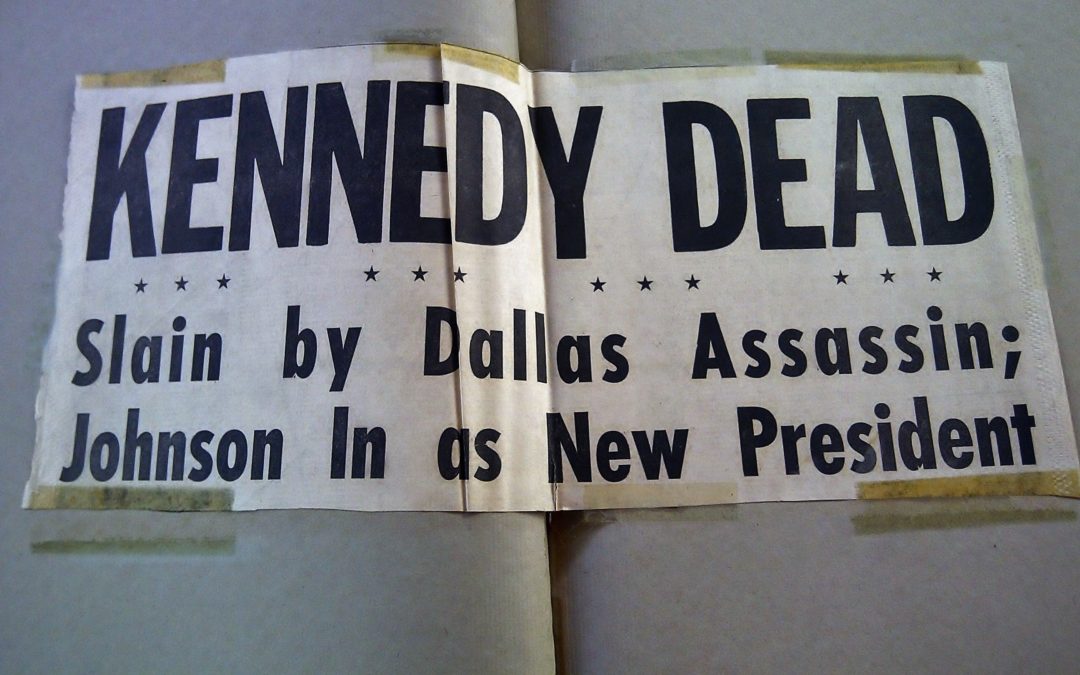 On November 22, 1963, Doris Heath started a scrapbook to remember the events surrounding the assassination of president John F. Kennedy.

On the 50th anniversary of his death, she opened the scrapbook and shared her memories of the tragic event.

Doris Heath looks at the scrapbook she created following the assassination of President Kennedy.

“You had to like the Kennedy’s, they were Camelot,” said Doris, who was 28 years old at the time with three children. “It was such a very sad day. You didn’t expect any president, but especially someone that young with young children, to be assassinated.”

Doris says this was the first event of its kind, where television allowed all Americans to watch in grief.

“There was nothing else on for days,” says Doris. “I watched every single day. I was not politically active at that time, but it was history. I have to say I shed a lot of tears.”

You can watch Doris Heath’s reflections of JFK here: