The Nastiest Convention – 50 Years Ago 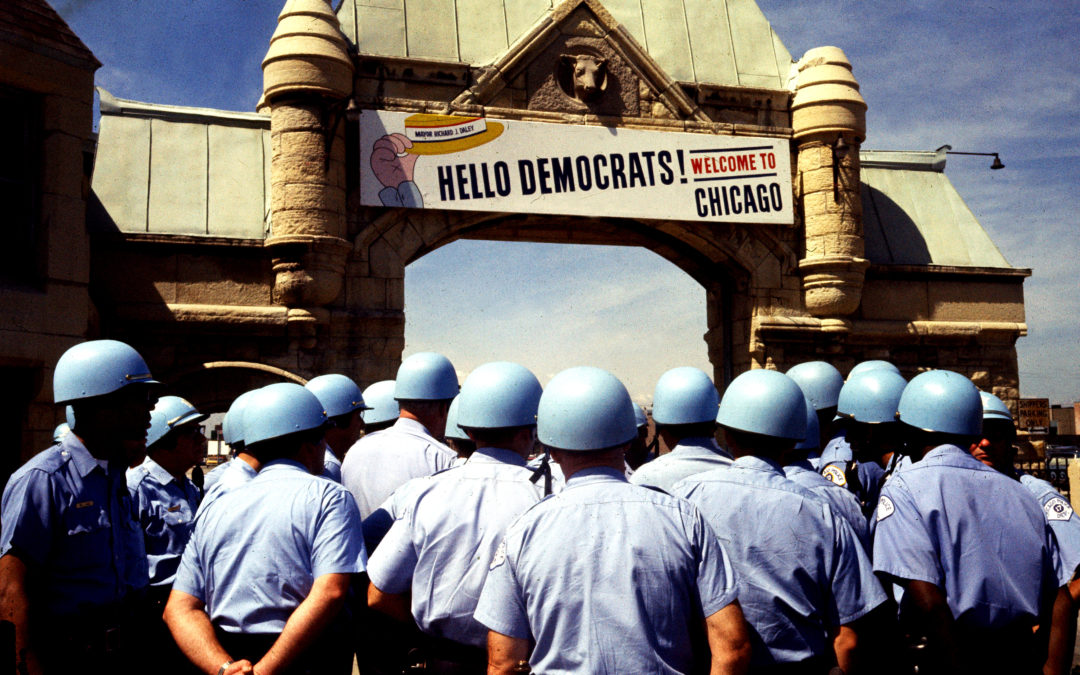 It’s been fifty years ago this week since the riots, the beatings, the chaos, the police baton’s, the screaming protesters, the smell of tear gas in the air, all at the Democratic National Convention in Chicago.

Rowdy delegates were set to nominate Vice President Hubert Humphrey, but the ongoing Vietnam War had enraged young Americans who were tired of fighting in a seemingly endless conflict overseas. As tens of thousands of student aged protesters gathered, a very angry Chicago Mayor Richard Daley decided to unleash his police corps on the “rowdy and dirty and foul-mouthed hippies with long hair” who he said were looking for a fight.

So Daley took a cannon to a water gun and unloaded on the protesters.

Outside he used tear gas, police beatings, horses that shoved demonstrators through store windows. Then he followed it up with massive arrests.

It was a real welcoming committee from the Home of Al Capone.

Inside, NBC’s John Chancellor was on the floor reporting on the ejection of a delegate. Complete chaos erupted as there were rumors of undercover police, FBI agents and dirty shenanigans all over. Chancellor, while live on the air, was escorted by police off the floor and delivered the memorable line, “This is John Chancellor, somewhere in custody.”

WATCH scenes from the nastiest convention on the Jim Heath Channel on YouTube: