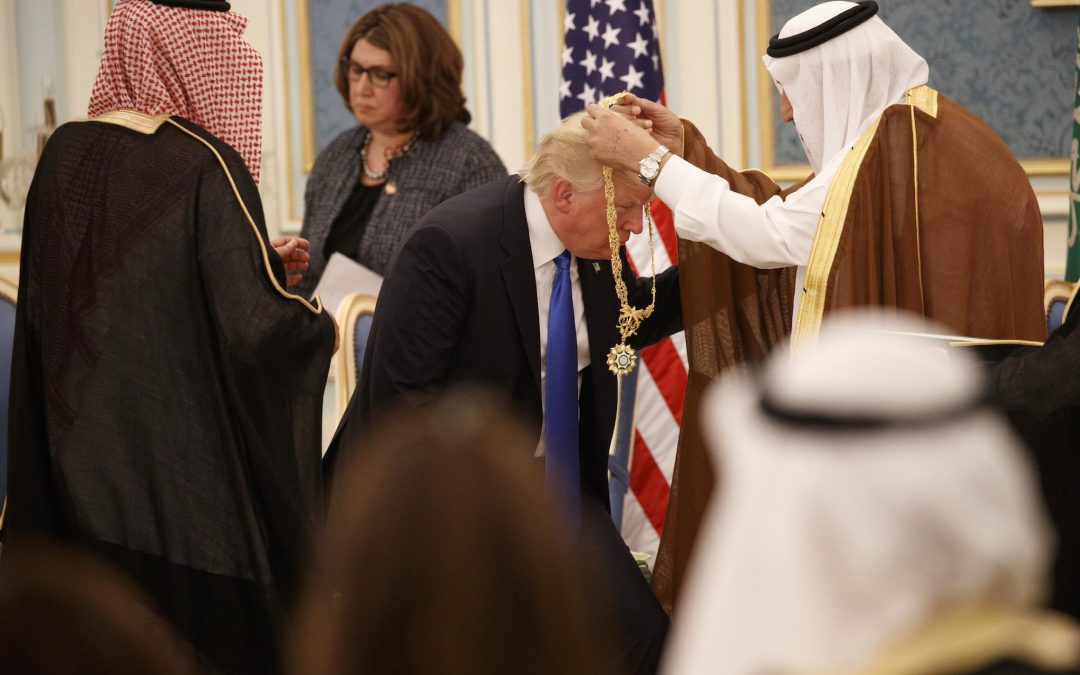 A leading Republican senator said today that he believes a U.S. resident was murdered and that “there is no question the Saudis did this.”

Turkish officials believe Khashoggi was killed inside the consulate, which Saudis deny but have not been able to provide proof he left the consulate safely.

US intelligence intercepts indicate Saudi officials discussed a plan to lure Kashoggi back to the kingdom in order to murder him for the unflattering things he had written about Crown Prince Mohammad bin Salman.

Just shocking to think something like this can happen in 2018.

A foreign government can’t just murder an American resident with impunity while he’s on the soil of a NATO member state because they didn’t like his newspaper columns.

That seems to be exactly what President Trump wants to let Saudi officials do, explaining to reporters today that he does not want to respond to the murder of Khashoggi because “I don’t like stopping massive amounts of money coming into our country” and “I don’t like stopping an investment of $110 billion in the United States.”

The Trump doctrine appears to be: You can murder American residents and journalists at will as long as you’re spending cash with us.

Let that just sink in for a minute.

Like most things with Trump, however, you have to dig a little deeper and always ask: “What’s in it for Trump?”

First, Saudi Arabia has been the linchpin of the administration’s Middle East strategy. In particular, the Trump administration has been counting on them to keep the pressure on Iran, to help fight ISIS in Syria, and to twist the arms of the Palestinians.

Saudi Arabia is one of the few places on earth where the president is more popular than Barack Obama was during his presidency.

That means a lot to the man who has spent two years trying to erase the memory of Obama (yet, still has failed to provide the evidence that the former president was not born in America, as Trump insisted for years).

Second, and most importantly, Trump personally likes Saudi Arabia because he’s done millions and millions of dollars worth of business there.

Son-in-law Jared Kushner also has a massive amount of business dealings in Saudi Arabia. In fact, the United States has no ambassador accredited in Riyadh. Instead, the relationship is in the hands of Kushner, which in itself could be a massive financial conflict that no one seems to care about.

Trump registered eight companies during his presidential campaign that were tied to hotel interests in Saudi Arabia.

During a rally in 2015, the day Trump created four of those companies, he said he gets along well with Saudi Arabia.

“They buy apartments from me. They spend $40 million, $50 million. Am I supposed to dislike them? I like them very much.”

And he appears to be doing just that, despite of a blatant murder of a journalist in the middle of the day.

Republicans and Democrats in Congress are accusing the White House of moving too slowly in pressing the kingdom for answers.

“The Saudis will keep killing civilians and journalists as long as we keep arming and assisting them,” said Sen. Rand Paul (R-KY). “The President should immediately halt arms sales and military support to Saudi Arabia.”

Sen. Corker said there has been a declining relationship between Saudi Arabia and Congress, and described a “sense of arrogance” in the way the kingdom deals with lawmakers.

Still, the Republican majority in Congress has spent the last two years backing off challenging Trump on most everything.

What we have here is an American president who is impotent to condemn a nation that murdered a US citizen, and a journalist, because he has millions of dollars of personal wealth invested.

When Trump says the press is the “enemy of the American people,” maybe that really is code to other nations that they can murder reporters at will.

As long as the President of the United States is making some cash from it, of course.