Voting Controversy On Dancing With The Stars 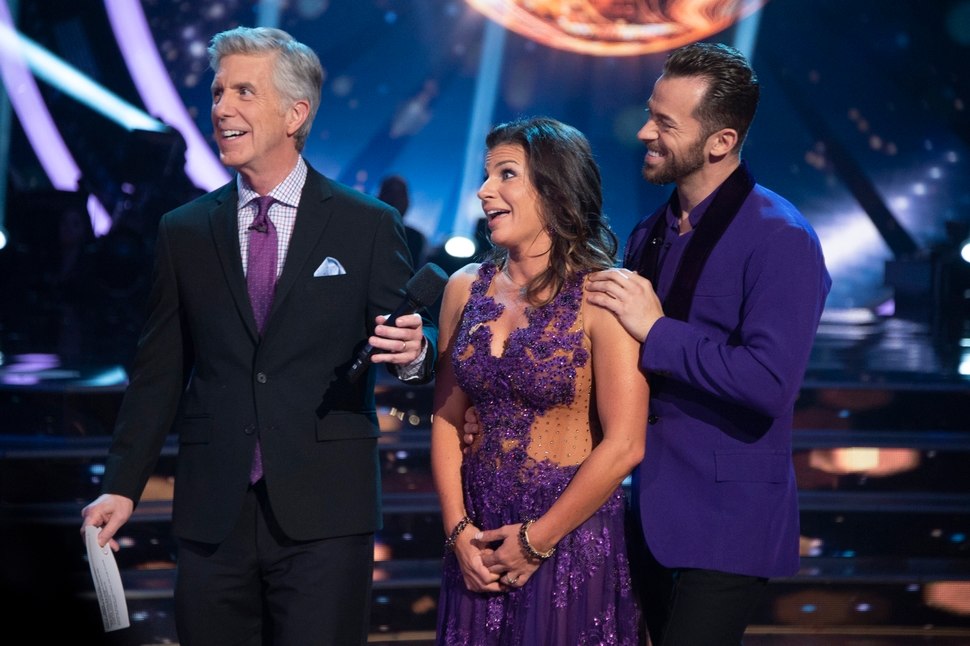 Every single text and phone vote on this weeks Dancing with the Stars was tossed out due to a technical glitch. Did that lead to Danelle Umstead making an unfair early exit?

It happened quick. If you weren’t paying attention, or blinked, you might have missed it.

But Tom Bergeron said it with just minutes to go in the show:

“Due to a technical difficulty, none of the phone-in votes last night were collected.”

No explanation of how it happened, and how it might have altered the competition. Bergeron said it, and quickly moved on.

But that’s a pretty big moment for a reality TV show were viewers make up half the total judging score each week.

In fact, tens of thousands of votes come rolling into ABC’s ballroom dance show via text and phone, making up 25 percent of the total vote.

This week, the only viewer votes counted were those made online, and that audience can be a lot different than those who phone or text.

Umstead was the second contestant of the season to be eliminated, and she was the first ever blind contestant to compete.

A three-time Paralympic alpine skier, Umstead is known for her speed, clocking in at 70-miles-per-hour barreling down a snow-covered mountain.

If her large fan base in the sports world was motivated to vote via text, then she was robbed of her spot on the show.

The producers, instead of thinking no one cared or was paying attention, should have announced there had been a problem with the text and phone votes, and waited until a double elimination next week.

Instead we will always be left wondering if Danelle Umstead, a truly remarkable and inspirational contestant, exited the show too soon.

A similar technical glitch on Dancing with the Stars happened during the finals in 2016, when viewers were unable to vote online.

That led to pro Valentin Chmerkovskiy calling it “bulls***.”