Under A Dark Cloud Of Controversy, Zinke Resigns As Interior Secretary 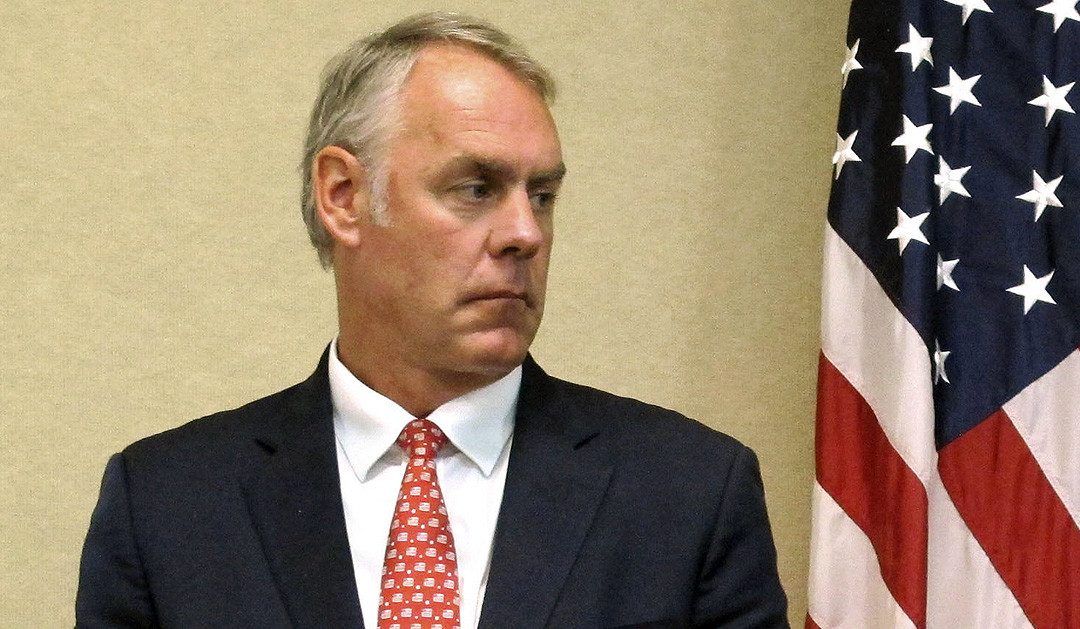 Interior Department Secretary Ryan Zinke submitted his resignation to the White House today, facing intense pressure to step down because of multiple probes tied to his real estate dealings in his home state of Montana and his conduct while in office.

Secretary of the Interior @RyanZinke will be leaving the Administration at the end of the year after having served for a period of almost two years. Ryan has accomplished much during his tenure and I want to thank him for his service to our Nation…….

Behind the scenes, however, the White House had been pushing Zinke to resign for weeks, officials told The Washington Post.

Last month, these officials said, Zinke was told he had until the end of the year to exit or be fired.

Zinke — the first Montanan to serve in a presidential Cabinet — is the fourth Trump Cabinet member to resign under an ethics cloud in less than two years.

Health and Human Services Secretary Tom Price, Veterans Affairs Secretary David Shulkin and Environmental Protection Agency chief Scott Pruitt also relinquished their posts after coming under scrutiny for how they spent taxpayer dollars on their travel, among other allegations.

For Zinke the key moment in his loss of support at the White House came in October when Interior’s inspector general referred one of its inquiries to the Justice Department, according to two senior administration officials who spoke on the condition of anonymity to discuss a sensitive matter.

That probe, which is still ongoing, is examining whether a land deal Zinke struck with the chairman of oil services giant Halliburton in his hometown of Whitefish, Mont., constituted as a conflict of interest.

As the leading advocate for Trump’s push to expand domestic energy production, the former Montana congressman became a lightning rod for controversy.

He was hailed by energy industry officials for relaxing Obama-era environmental rules and opening up wide swaths of federal land and federal waters for drilling.

But environmental groups assailed his policies and conducted opposition research into his management practices and financial dealings.

“Ryan Zinke will go down as the most anti-conservation Interior secretary in our nation’s history,” said Jennifer Rokala, executive director of the Center for Western Priorities. “Surrounding himself with former lobbyists, it quickly became clear that Ryan Zinke was a pawn for the oil and gas industry. We can expect more of the same from Acting Secretary David Bernhardt, but without the laughable Teddy Roosevelt comparisons.” He styled himself as a Teddy Roosevelt Republican, showcasing his love of hunting, fishing and riding in the Montana wilderness.

Several advocacy groups welcomed his departure today, even as they pivoted to attack Deputy Secretary David Bernhardt, who will take over in the interim.

Bernhardt, a skilled policy expert who has steered most of Interior’s key policy decisions since joining the department in August 2017, is one of several Western Republicans under possible consideration for the job.