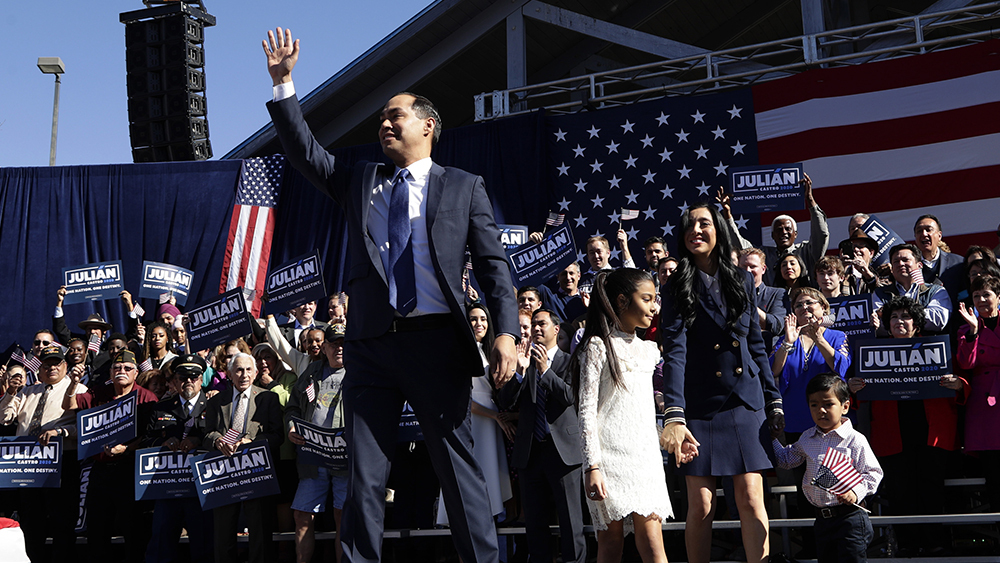 Former secretary of Housing and Urban Development Julián Castro officially announced his presidential bid in San Antonio today, beginning a campaign that will look to turn his uniquely American immigrant story into a direct repudiation of President Trump.

Castro, 44, is one of the most high-profile Latino Democrats ever to seek the party’s nomination.

His first campaign stop will be in Puerto Rico, where he will speak on Monday at the Latino Victory Fund’s annual summit and meet with residents still struggling to recover from Hurricane Maria.

Later in the week, his campaign said, he will go to New Hampshire.

“When my grandmother got here almost a hundred years ago,” Mr. Castro said at the Plaza Guadalupe amphitheater in San Antonio, in the neighborhood where he was raised. “I’m sure that she never could have imagined that just two generations later, one of her grandsons would be serving as a member of the United States Congress and the other would be standing with you here today to say these words: I am a candidate for president of the United States of America.”

Two days after Trump visited the border to promote his promised wall, Castro mocked him for claiming that the U.S. faces an “invasion” from its ally to the south.

“He called it a national security crisis,” Castro said. “Well, there is a crisis today. It’s a crisis of leadership. Donald Trump has failed to uphold the values of our great nation.” 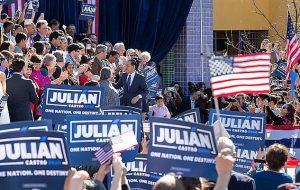 He joins Senator Elizabeth Warren of Massachusetts on the list of Democrats who have said definitively that they will seek for the party’s 2020 nomination.

That list is expected to grow considerably in the coming weeks and months.

In his speech today, Castro emphasized education, calling for a national version of the universal prekindergarten program he established in San Antonio when he was mayor.

To fund the program there, he increased the city’s sales tax — a politically risky proposition, especially in Texas, but San Antonio voters approved it.

His message was firmly progressive.

He called for a higher minimum wage, denounced police killings of African-Americans, which he described as “state violence,” and embraced the Black Lives Matter movement.

He also condemned Trump’s immigration policy, including the practice of family separation and the proposed border wall, and declared that his first executive order if elected would be to rejoin the Paris climate accords, which Trump left.

Castro delivered the keynote speech at the 2012 Democratic National Convention.

Two years later, President Obama picked him to lead the Department of Housing and Urban Development.

He was on the short list of Hillary Clinton’s potential running mates in 2016.

During Castro’s trip this past week to Nevada, one state Latino business leader told Castro that he should again be a top contender for vice president if his campaign falls short.