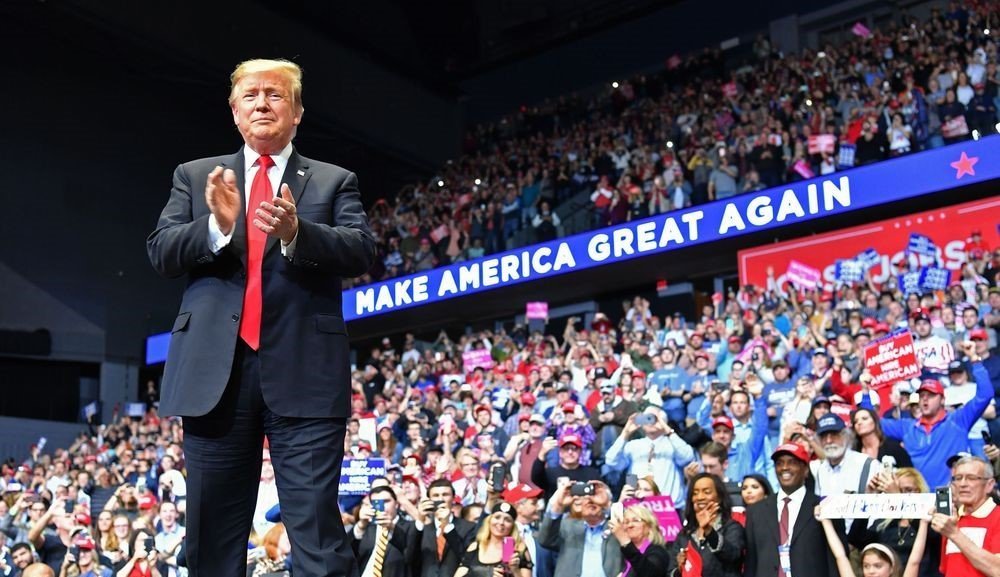 President Trump holds a “narrow” electoral advantage heading into 2020, according to Goldman Sachs, with his chances buoyed by a resilient U.S. economy and a crowded Democratic field in which a clear frontrunner has yet to emerge.

Incumbent presidents carry a 5 to 6 percentage-point edge over rival candidates in the popular vote and Goldman Sachs’s economic forecast also leans in favor of Trump, although that is partly offset by his negative approval rating, economists Alec Phillips and Blake Taylor wrote.

“The advantage of first term incumbency and the relatively strong economic performance ahead of the presidential election suggest that President Trump is more likely to win a second term than the eventual Democratic candidate is to defeat him,” said Phillips and Blake.

Trump’s approval ratings remain mired below 50%, as new crises appear to engulf his administration on a near daily basis.

Yet with more than 20 Democrats vying to replace him, voter turnout uncertain and the likely emergence of an independent candidate suggest Trump is in a good position for reelection according to the analysis.

Political betting markets have shown mixed results, with a few recently showing a clear reelection advantage for Trump, while others predict a Democratic win.

“While we believe the majority of market participants expect President Trump to win a second term, we note that prediction markets point in the opposite direction and imply that the Democratic candidate has a 56% probability of winning and the Republican candidate has a 44% chance,” the bank said.

Historically, Phillips and Taylor found variables such as employment and income are better indicators of an election result than market-based forces such as equity or oil prices.

The performance of the economy in the second quarter of the election year is often a strong guide to the result, they said.

The economists also note that Trump is more likely to benefit if a third party candidate like former Starbucks CEO Howard Schultz jumps into the race.

Schultz has said he is considering jumping into the race as a ‘third-party centrist,’ though liberals fear that his relatively dovish views on issues like climate change and immigration could siphon votes away from the Democratic nominee.