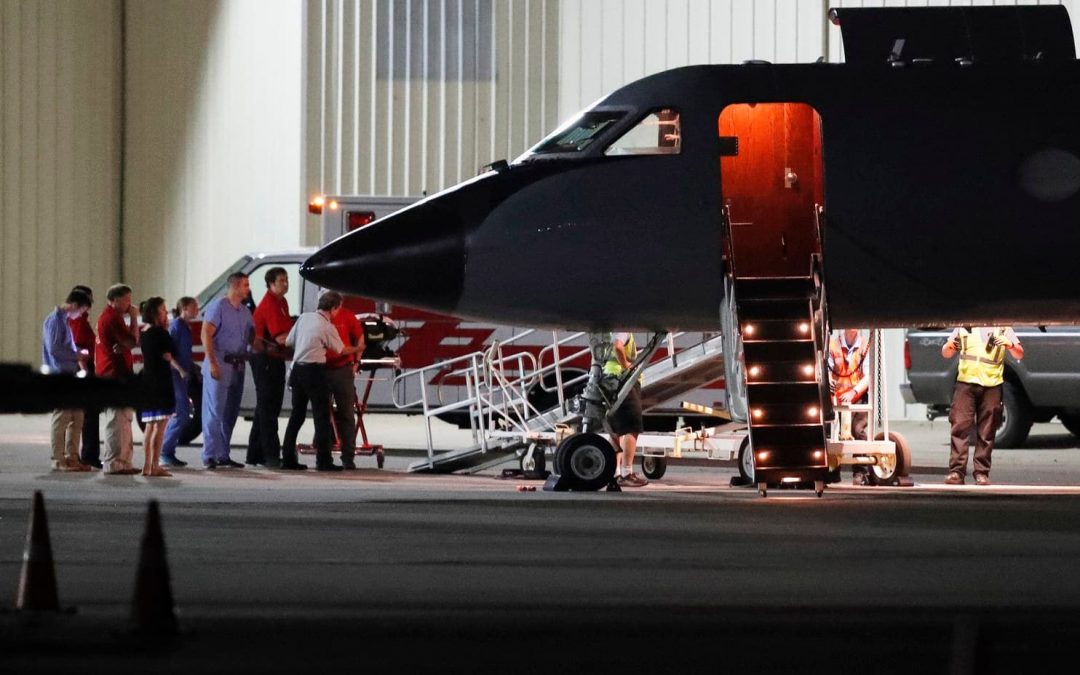 North Korea in 2017 issued a $2 million bill to the U.S. for the hospital care of American Otto Warmbier, and President Trump agreed to pay it.

Warmbier was in a coma when he was returned to the U.S. and died without regaining consciousness.

The Washington Post reported today that North Korea insisted that a U.S. official sign a pledge to pay the bill before returning Warmbier, an Ohio native who was arrested while visited Pyongyang.

Citing two people familiar with the situation, the Post reported that the U.S. envoy who retrieved Warmbier signed the pledge on instructions from President Trump.

The Post says it’s unclear if the Trump administration ultimately paid the bill.

The White House is not commenting.

Trump had previously touted the fact that “we got our hostages back” from North Korea and “I paid nothing.”

The Post reported Joseph Yun, the State Department envoy, was asked to sign the pledge when he went to North Korea to retrieve Warmbier.

Yun called then-Secretary of State Rex Tillerson, who called Trump, according to the newspaper.

Tillerson and Trump instructed Yun to sign the pledge.

Warmbier’s father, Fred Warmbier, told the news outlet he wasn’t previously aware of the medical bill but said it sounded like a “ransom.”

North Korea in 2016 sentenced Otto Warmbier to 15 years of hard labor, and the former University of Virginia student fell into a coma shortly thereafter.

Trump has twice met with Kim at summits.

The most recent summit, held in February, ended without an agreement on denuclearization of the Korean Peninsula.