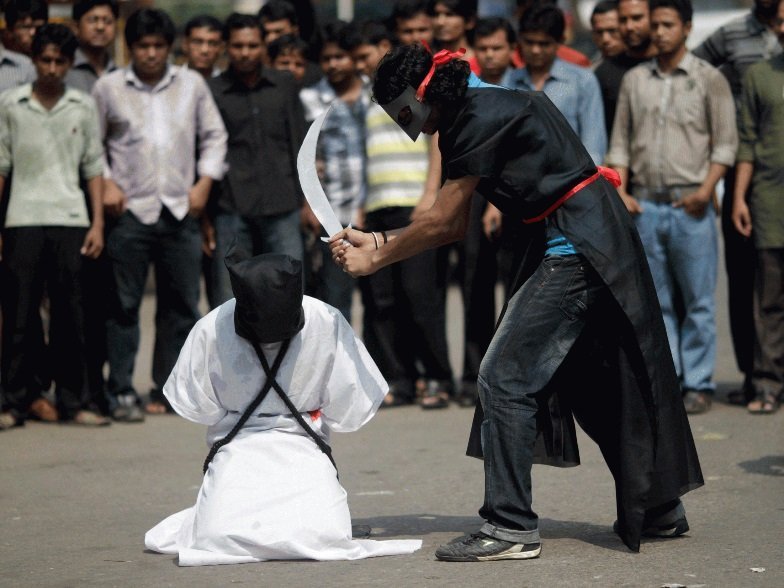 It’s 2019, but don’t tell Saudi Arabia that. The barbaric religious state has put the body of a crucified criminal on public display after the execution of 37 nationals in one day.

State-run media carried statements this week to say those executed had “adopted extremist ideologies and formed terrorist cells with the aim of spreading chaos and provoking sectarian strife.”

The U.N. human rights chief condemned the beheadings, saying most were minority Shi’ite Muslims who may not have had fair trials and at least three were minors when sentenced.

The name of the person who was crucified has not been released by authorities.

The sentences were carried out in Riyadh, the Muslim holy cities of Mecca and Medina, central Qassim province and Eastern Province, home to the country’s Shiite minority.

Elsewhere, two people beheaded in Saudi Arabia were arrested when they were just 16 and 17 – including one teenager set to start a new life in the US at Western Michigan University.

Mujtaba al-Sweikat, then 17, was severely beaten all over his body, including on the soles of his feet, before ‘confessing’ to crimes including attending protests.

In 2017, staff at the university said the English language and pre-finance studies student showed ‘great promise’ and called for him to be released.

Abdulkarim al-Hawaj, 21, was also beheaded in public four years after being arrested in the country’s Shia-majority Eastern province for spreading information about protests on WhatsApp.

Under international law, putting to death anyone who was under 18 at the time of the crime is strictly prohibited. 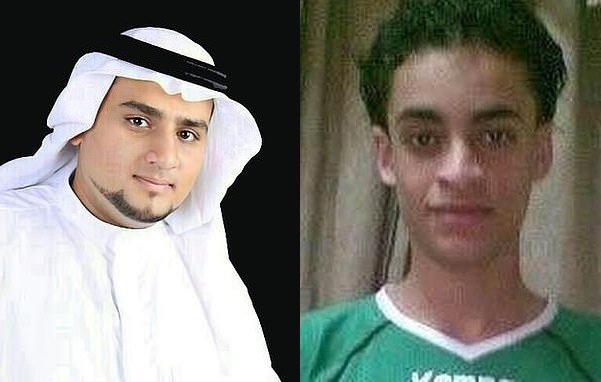 Abdulkarim al-Hawaj (left) was beheaded in Saudi Arabia after being arrested at age 16 for spreading details about peaceful protests on WhatsApp. Mujtaba al-Sweikat (right) was also executed. He was set to attend Western Michigan University

Human rights charity Reprieve said al-Hawaj was beaten, tortured with electricity and chained with his hands above his head until he ‘confessed’ to his crimes.

Reprieve said both men were sentenced to death at the end of ‘sham trials’ when they were denied access to lawyers.

It claimed they were held for months in solitary confinement and their convictions were solely based on their ‘confessions’ which were extracted under torture.

At his trial, al-Hawaj was convicted on cyber crime charges including spreading information on WhatsApp ‘as proscribed by the cyber crime bill’ and sentenced to death.

Reprieve Deputy Director Harriet McCulloch said: ‘Many things can be used to justify a death sentence in Mohammed Bin Salman’s Saudi Arabia, including “disobedience against the King”, “preparing banners with anti-state slogans” and “incitement via social media”.

‘Mujtaba al-Sweikat and Abdulkarim al-Hawaj were teenagers sharing information about peaceful protests on their mobile phones.

‘Saudi Arabia’s western allies must act now, to prevent any more young people being killed for exercising their right to freedom of expression.’

A third man among the 37 executed, Munir al-Adam, was just 23 when arrested at a government checkpoint in April 2012.

He was beaten on the soles of his feet and had to crawl on his hands and knees for days. As a five-year-old boy he had lost his hearing in one ear following an accident, but after torture he lost hearing in the other and was left totally deaf.

He told a judge he had signed a confession because he was exhausted by the torture.

Three other prisoners who were under 18 at the time of their alleged crimes, Ali al-Nimr, Dawood al-Marhoon and Abdullah al-Zaher, remain on death row.

While President Trump and other American leaders remain fixated on Iran, it was Saudi Arabia that murdered and dismembered journalist Jamal Khashoggi last October by a team of 15 agents sent from Riyadh.

His body has never been recovered.

U.S. intelligence officials concluded that Saudi Crown Prince Mohammed bin Salman — the kingdom’s de facto ruler — ordered the killing of Khashoggi, and lawmakers who received classified briefings on the matter said there was no doubt that the crown prince was behind the grisly murder.

Trump has continued to defend Saudi Arabia, in part because he’s done millions of dollars worth of business there.