The NRA Has Been Good For Trump, Not The Other Way Around – Gun Group “Divided & Diminished” 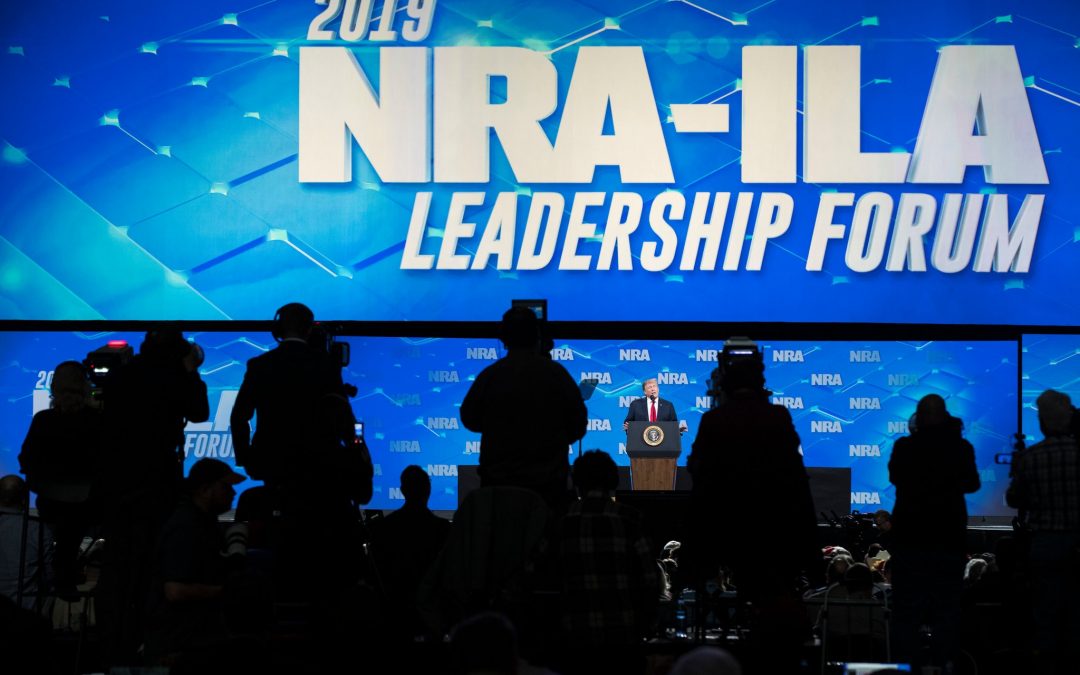 The nation’s largest gun rights organization played a pivotal role in President Trump’s victory in 2016. But with less concern about Washington taking guns away (think Obama era) fear has subsided, sales have slowed, and debt has risen.

Three years later the election of Trump the National Rifle Association is limping toward the next election divided and diminished.

It’s a reversal that has stunned longtime observers and that is raising questions about the NRA’s influence heading into 2020, as Trump and Vice President Pence headlined the group’s annual convention in Indianapolis today.

A group known for deploying steely and dystopian messaging toward its enemies, the N.R.A. saw its tactics fail this month when the Democratic-controlled House approved a revamped Violence Against Women Act that would bar those convicted of abusing, assaulting or stalking a domestic partner from buying guns.

The group has been subject to scrutiny over desperate calls for fund-raising.

It is embroiled in a rare dirty-laundry lawsuit, accusing one of its closest contractors, which operates its media arm and the NRATV channel, of financial malfeasance.

It has also been named in a lawsuit filed against the Federal Election Commission by the Giffords Law Center to Prevent Gun Violence, which has accused the group of abusing campaign finance laws to funnel money toward Trump and several other Republicans.

In the months after Trump’s election, the NRA seemed on top of the world.

After pouring tens of millions of dollars into the presidential race, their dark horse candidate occupied the desk in the Oval Office.

Republicans controlled both branches of Congress.

And the emboldened group had ambitious plans afoot for easing state and national gun regulations.

Instead, much of the legislation the group championed has stalled, due, in part, to a series of mass shootings, including the massacre at a Parkland, Florida, high school that left 17 dead and launched a youth movement against gun violence that has had a powerful impact.

At the same time, the group is grappling with infighting, bleeding money and facing a series of investigations into its operating practices, including allegations that covert Russian agents seeking to influence the 2016 election courted its officials and funneled money through the group.

Indeed, as Trump was speaking today, Maria Butina, the admitted Russian agent, was sentenced in federal court in Washington.

And then there’s the simple fact that, with Trump in office, gun owners no longer fear the Second Amendment is under attack.

‘Good times are never good for interest groups because it’s much better when Armageddon is at your doorstep,’ said Harry Wilson, a Roanoke College professor who has written extensively on gun politics. ‘Fear is a huge motivator in politics.’

The NRA, said Adam Winkler, a UCLA law professor and expert on gun policy, has also dramatically changed its messaging over the last two years, with ‘NRATV’ advocating a panoply of far-right political views that have turned off some members.

At the same time, public sentiment has shifted.

A March AP-NORC poll found that 67% of Americans overall think gun laws should be made stricter – up from 61% in October 2017.

Views of the NRA have also become increasingly partisan over decades of Gallup polling, and in the last few years as well.

Favorable views among Republicans in 2018 were at a record high, Gallup found.

Against that backdrop, Democratic politicians have become more comfortable attacking – and even actively running against – the NRA and pledging action to curb gun violence.

And gun control groups like Everytown, which is largely financed by former New York City Mayor Michael Bloomberg, and a political action committee formed by Gabby Giffords, the former Arizona congresswoman wounded in a shooting, have become better organized and more visible, especially at the state level.

That reversal was made clear during the 2018 midterm elections, when those groups vastly outspent the NRA.

During the midterms, the NRA ‘committed almost a disappearing act,’ said Feinblatt.

Winkler allowed that the group had scored some victories under Trump, including the appointment of two Supreme Court justices who may be open to striking down gun laws.

But overall, he said, ‘On the legislative front, the NRA has been frustrated,’ with top priorities like national reciprocity for conceal carry laws and a repeal of the ban on silencers stalled.

Instead, Trump introduced a new federal regulation: a ban on bump stocks after a man using the device opened fire on a crowd of concertgoers on the Las Vegas strip in Nevada, killing 58 people and wounding hundreds. 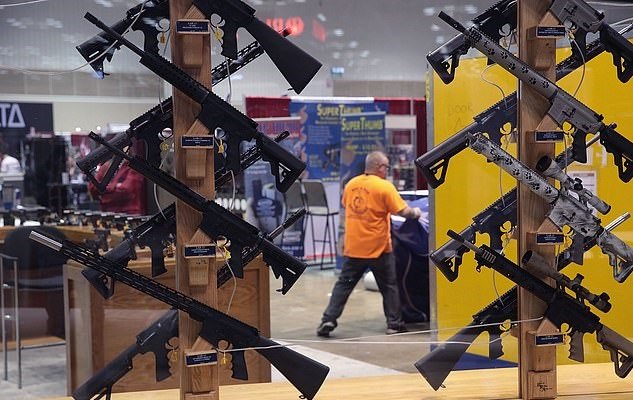 The only major action Trump has taken on gun control since being elected is to ban bump stocks, devices that make semiautomatic rifles fire like machine guns.

That didn’t seem to bother the NRA members who were beginning to arrive at the convention Thursday and insisted the group remains as influential as ever.

“The president is the most enthusiastic supporter of the Second Amendment that has occupied the White House in recent history,” said Jennifer Baker, an N.R.A. spokeswoman. “He has embraced the N.R.A., and the members, and the hundreds of millions of law-abiding gun owners of this country.”

Baker added that N.R.A. members have been fervently pro-Trump since the beginning because they understood what was at risk.

“Our members are pretty politically astute,” Baker said. “The Supreme Court was at stake, and in recent history we haven’t had a presidential nominee that was so unabashed and vocal about their support for the Second Amendment and our organization.”

In its next term, in October, the Supreme Court will take up its first Second Amendment case in nearly a decade when it reviews a New York City gun law that limits residents from transporting their guns outside their homes.

It will be the first test of a court that has been reoriented with the Trump-era appointments of Justices Brett Kavanaugh and Neil Gorsuch.

In his public comments, Trump has not always been the most reliable ally, and at times he has — at least momentarily — embraced the types of gun-control proposals favored by Democrats.

But with a tough reelection battle ahead, many believe Trump will again trumpet the hard-line positions NRA members love to hear.

Exactly how much influence the group will wield in 2020 remains unclear.

The NRA is having financial issues, according to an analysis of tax filings by The Associated Press.

The tax-exempt organization’s 2016 and 2017 filings, the most recent years available, show combined losses of nearly $64 million.

Income from membership dues plunged about $35 million in 2017.

And revenue from contributions, grants and gifts dropped about $35 million.

At the same time, NRA insiders and longtime observers have described an organization at war with itself – a divide that erupted very publicly recently when the NRA sued its longtime public relations firm, Ackerman McQueen, accusing it of refusing to hand over financial records to account for its billings.

That could affect the group’s messaging heading into 2020.

But even if the group cuts back from the record $412 million the NRA’s nonprofit wings spent during the 2016 election year (that’s in addition to the $30 million two NRA political action committees invested in electing Trump), the group is expected to be an active spender in the election.