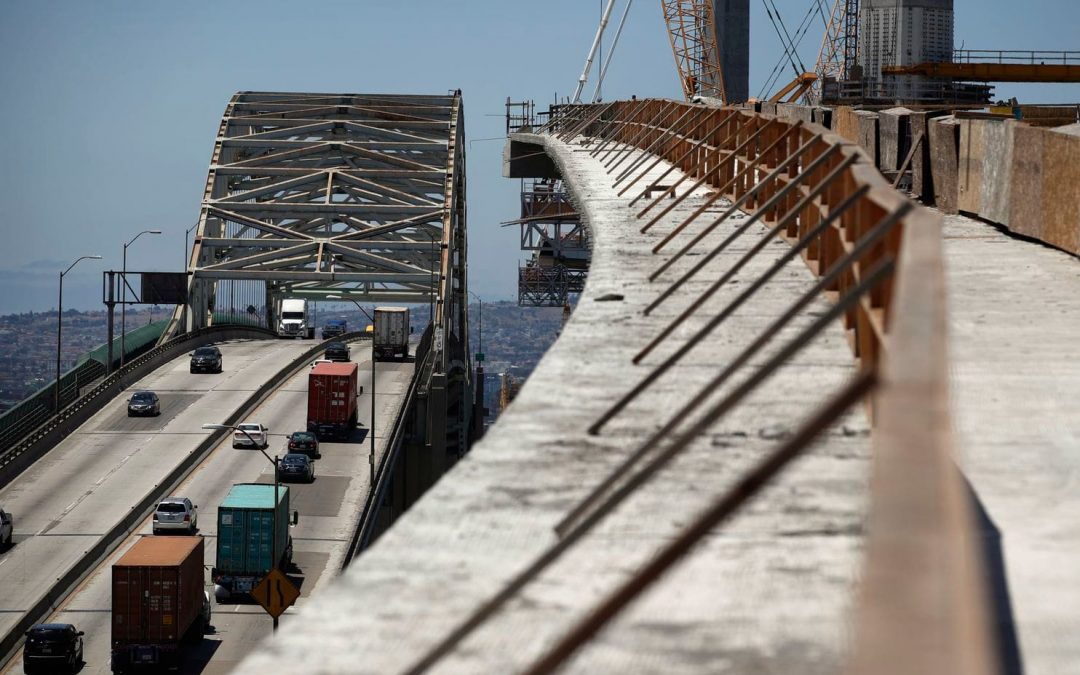 Democratic congressional leaders said today they reached an agreement with President Trump to seek a deal on a $2 trillion infrastructure bill, a surprising development that comes amid intense partisan warfare in Washington.

Speaker Nancy Pelosi (D-Calif.) and Senate Minority Leader Charles Schumer (D-N.Y.) sounded a decidedly positive note after leaving a White House meeting shortly after noon, with Schumer saying “there was goodwill” on both sides toward developing a major piece of legislation.

“That was different than some of the other meetings that we’ve had,” Schumer told reporters on the North Lawn driveway. “This was a very, very good start. … We hope it will go to a constructive conclusion.”

Pelosi said both sides had “come to one agreement: that the agreement would be big and bold.”

Pelosi and Schumer cautioned that they and the White House had not agreed on how to pay for a $2 trillion package to improve the nation’s roads, bridges, waterways and broadband, but they decided to meet in three weeks to solicit Trump’s ideas on funding.

Democratic lawmakers will not propose their own spending plan at the next meeting, leaving it for Trump to come up with funding options he can support, according to a senior Democratic aide.

Both leaders said the battles between the White House and Democrats over special counsel Robert Mueller’s report and lawmakers’ sweeping probes into Trump’s administration and businesses did not stymie progress.

“In previous meetings, the president has said ‘if these investigations continue, I can’t work with you.’ He didn’t bring it up,” Schumer said. “The two are not mutually exclusive and we were glad he didn’t make it that way.”

White House press secretary Sarah Huckabee Sanders issued a statement roughly one hour after the meeting, saying the two sides “had an excellent and productive” discussion about rebuilding the nation’s infrastructure without mentioning the $2 trillion figure.

Few in Washington believe that a landmark piece of legislation will move through Congress this year with the 2020 presidential election kicking into high gear.

Ten lawmakers are currently in the Democratic presidential field, which could deter the party from wanting to give Trump a legislative victory that could boost his political standing.

But Pelosi said she had to live up to her commitment to seek bipartisan agreements that could benefit Americans.

The tenor of the meeting was distinctly different than the group’s last huddle in December, which ended in disaster when Trump told Schumer on live television he would take responsibility for a government shutdown.

This time, the discussion remained “very cordial” and Pelosi even accepted a Tic Tac from Trump at one point during the 90-minute, closed-door meeting, according to the Democratic aide.

The outcome of Tuesday’s meeting was somewhat of a shock also because top White House officials cast doubt on the prospects for a major infrastructure deal ahead of time.

Trump’s apparent interest in pursuing a major infrastructure agreement is also surprising, given his post-midterm election ultimatum to Democrats that no legislation would get done if they investigate him.

“If they do that, then all it is, is a warlike posture,” the president said when asked at a Nov. 7 news conference if he would work with Democrats while under investigation.