Trump on Mueller’s appointment: “I’m Fucked – This is the end of my Presidency” 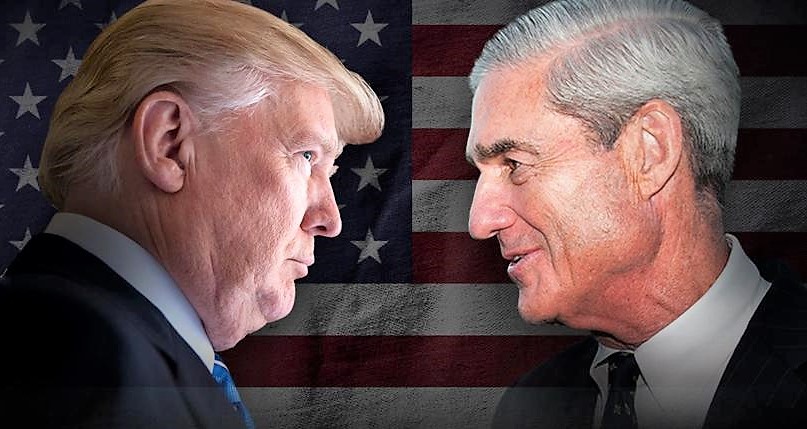 The second volume of the 448-page Mueller Report on Russian interference in the 2016 election, lays out moments when President Trump arguably obstructed justice during the investigation.

It reveals this incredible moment that occurred after Trump learned that Robert Mueller had been appointed as special counsel: 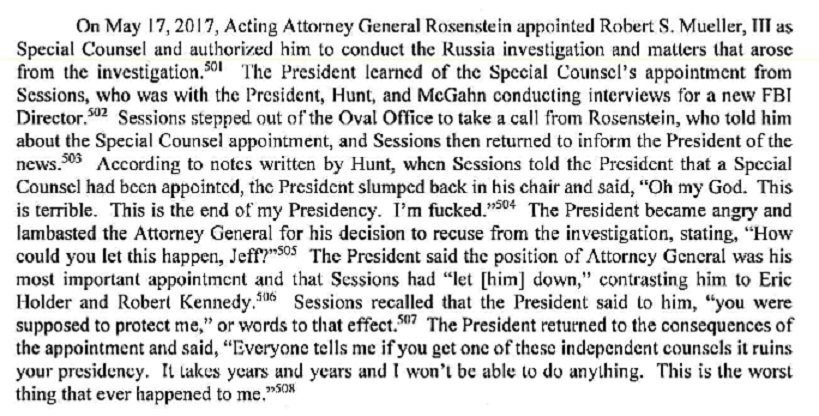 Upon hearing he would be investigated, Trump’s first reaction was, “Oh my God. This is terrible. This is the end of my Presidency. I’m fucked.”

This is according to the notes kept by Jody Hunt, then-Attorney General Jeff Sessions’s chief of staff.

The report explained that, on May 17, 2017, Acting Attorney General Rod Rosenstein appointed Robert S. Mueller III as Special Counsel and “authorized him to conduct the Russia investigation and matters that arose from the investigation.”

Trump then learned of the Special Counsel’s appointment “from Sessions, who was with the President, Hunt, and McGahn conducting interviews for a new FBI Director.

Sessions stepped out of the Oval Office to take a call from Rosenstein, who told him about the Special Counsel appointment, and Sessions “then returned to inform the President of the news.”

According to notes written by Hunt, when Sessions told the President that a Special Counsel had been appointed, the President slumped back in his chair and said, “Oh my God. This is terrible. This is the end of my Presidency. I’m fucked.”

The President “became angry and lambasted the Attorney General for his decision to recuse from the investigation,” the Mueller Report says.

“How could you let this happen, Jeff?” the report says Trump asked.

“The President said the position of Attorney General was his most important appointment and that Sessions had ‘let (him) down,’ contrasting him to Eric Holder and Robert Kennedy.”

Sessions recalled that the President said to him, “you were supposed to protect me,” or words to that effect, the report alleges.

“The President returned to the consequences of the appointment,” says the report, which quotes him as adding, “Everyone tells me if you get one of these independent counsels it ruins your presidency. It takes years and years and I won’t be able to do anything. This is the worst thing that ever happened to me.”

In 2018, Mueller charged the Internet Research Agency, a Russian troll farm, with meddling in the 2016 election.

In an unusually detailed 37-page indictment, he spelled out how the Russians allegedly tricked Americans into following fake social media accounts filled with pro-Trump and anti-Clinton propaganda.

The indictment also named two shell companies and 13 Russian nationals, including Yevgeniy Prigozhin, who has been nicknamed “Putin’s chef” for his ties to the Russian president.

The similarly detailed 29-page indictment explains how the hackers allegedly used phishing attacks to steal files from the Democratic National Committee and the Clinton presidential campaign, then worked with WikiLeaks to distribute the information to damage Clinton’s candidacy in an effort to help Trump win.