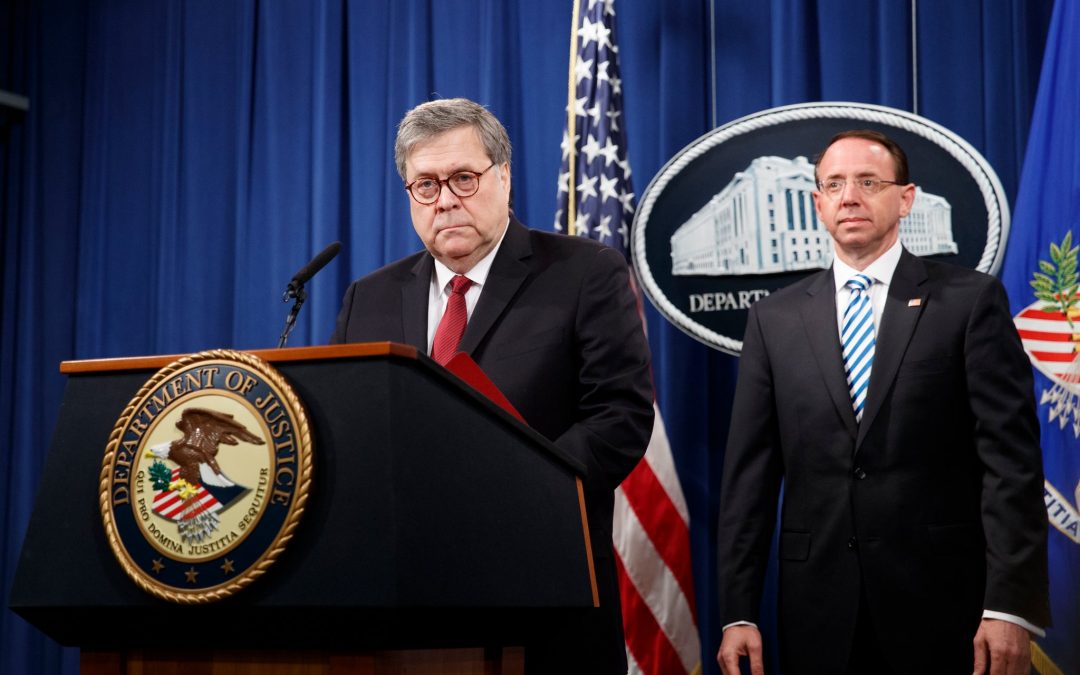 Attorney General William Barr and congressional Democrats clashed today over the terms of Barr’s scheduled testimony before the House Judiciary Committee this week, with Barr threatening to skip the session and the panel’s chairman threatening to subpoena him.

The dispute, which spilled out into the public with dueling comments from each camp, revolves around Barr’s objections to the Democrats’ proposed format for questioning him about the special counsel’s report.

And it throws Thursday’s hearing into doubt.

“The witness is not going to tell the committee how to conduct its hearing, period,” said the committee chairman, Rep. Jerrold Nadler (D-NY). If Barr does not show up,  Nadler added, “then we will have to subpoena him, and we will have to use whatever means we can to enforce the subpoena.”

The fight is only the latest in the Trump administration’s escalating battle with Democrats in Congress over documents and testimony — a battle that could lead to constitutional clashes in the courts.

White House lawyers have already indicated that they planned to tell Don McGahn, the former White House counsel, and other former officials not to comply with subpoenas for their testimonies.

The White House also blocked a former official from answering questions about security clearances to officials including Jared Kushner, the president’s son-in-law and senior adviser.

And last week, the Treasury Department refused to turn over President Trump’s tax returns before a deadline set by House Democrats.

“This is part of this massive resistance by the Trump administration,” Norman Ornstein, an expert on Congress at the American Enterprise Institute, said today. “It’s basically a middle finger to Congress and its powers, and we’re going to see what Congress does about it.”

In addition to allowing each member of the committee to question Barr for five minutes, Nadler has proposed a second round of questioning for Democrats and Republicans.

However, he has also proposed that staff lawyers for both sides be included in that round, which Barr opposes.

A senior Justice Department official, who spoke on the condition of anonymity, said today that the attorney general had agreed to appear before Congress, not its staff, and therefore should be questioned only by members of Congress.

Nadler’s plan also calls for the committee to go into closed session to discuss the redacted sections of the special counsel’s report.

But Barr and the Justice Department object to questioning behind closed doors.