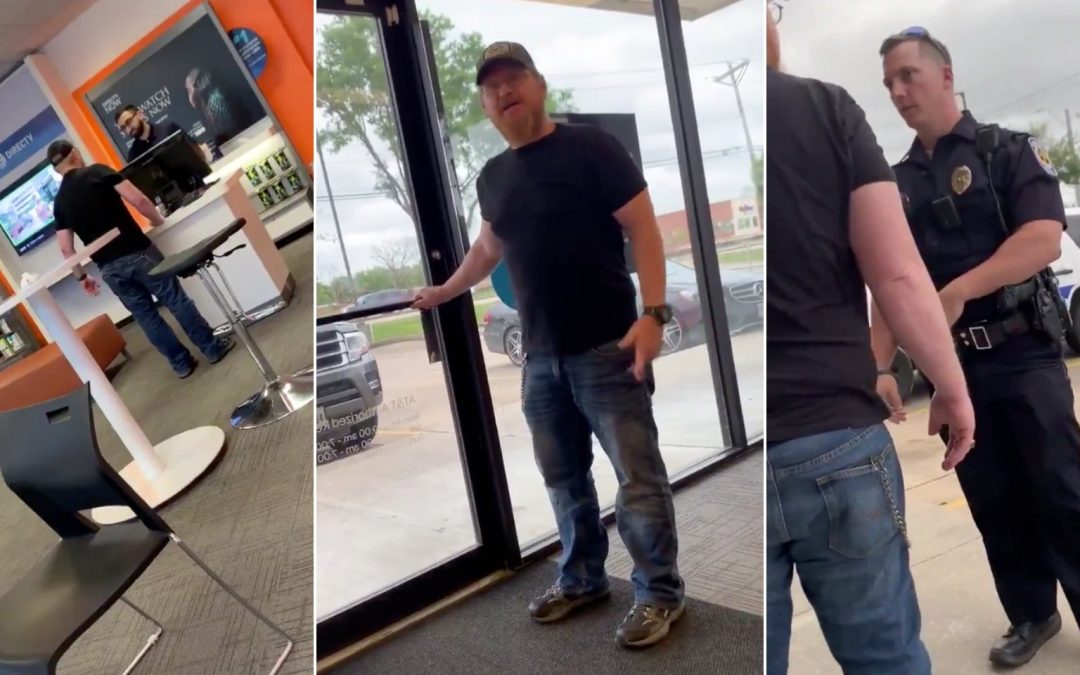 A Texas man was arrested yesterday after a racist tirade against an employee in an AT&T store in Friendswood, calling the employee a “f—ing Arab” and boasting that he had been “killing his kind” for “almost 20 years.”

In a video recorded by another customer that quickly spread on social media, the man, who has been identified as 38-year-old Joey Christian, can be seen confronting the store employee.

“What’s your name? Mo?” Christian asked in the clip.

“What the f— kind of name is that?” Christian responded. “What is your actual real name? Mo what?”

A woman in the store who was recording the encounter approached Christian about his behavior, to which he responded, “You know what? I really don’t give a f— what some bitch has to say.”

“I really don’t give a shit about some goddamn Arab that I’ve been killing their goddamn kind for f—ing six months. Actually two years. Six months in the last country I was in,” he said.

“People like this are the reason our country’s going what it’s going to,” Christian continued. “Because I’ve been killing his kind for longer than you’ve probably been alive.”

“His kind, I’ve been killing for almost 20 years,” he later adds.

The employee captured in the video told Insider that the confrontation began shortly after he told Christian’s nephew that he would be unable to run a credit card for a service because he didn’t have a state-issued ID.

He told the publication that Christian had entered the store “angry and yelling.”

Remaining footage of the incident shows police meeting Christian as he exits the store.

He has since been charged with public intoxication and disorderly conduct and abusive language over the incident.

Shoutout to the lady that recorded this, called the cops on this man and got him arrested. pic.twitter.com/j4mU1BpI6g

Muslims make up less than .05 percent of the American population, but have seen increased discrimination as President Trump has continued to demean the religion throughout his presidency.