YOUR GUIDE: What To Expect When Redacted Mueller Report Is Released Thursday Morning 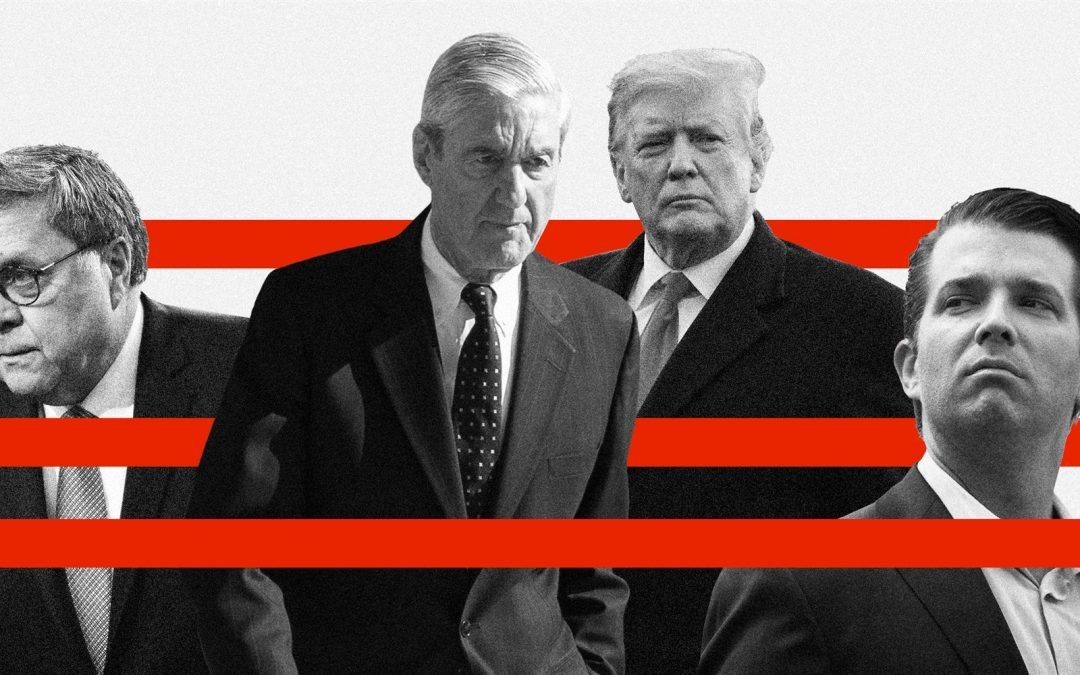 Almost two years in the making, a redacted version of special counsel Robert Mueller’s report on the Trump campaign and Russian meddling in the 2016 election is expected to be made public Thursday morning.

Perhaps the biggest political risk for President Trump is the special counsel’s supporting evidence behind Mueller’s assertion that while the report does not conclude the Republican president committed the crime of obstruction of justice it “also does not exonerate him” on that point.

Mueller’s team of 19 lawyers and 40 investigators interviewed approximately 500 witnesses, issued 2,800 subpoenas, reached out to 13 foreign governments and executed almost 500 search warrants in the probe, which began in May 2017.

Many of those interviewed included those who’ve been at the highest levels of the White House, including former chiefs of staff John Kelly and Reince Preibus, and ex-White House counsel Don McGahn.

This is the most in-depth view yet into an investigation that has cast a cloud over the Trump presidency since May 17, 2017 — the day the special counsel was appointed.

Trump says he might hold a press conference Thursday afternoon, following the one his Attorney General William Barr is set to have at 9:30 am EST.

The final 400-page report, expected to be released to the public around 11:30 am EST, will come with color-coded redactions for grand jury material, sensitive intelligence, information related to ongoing investigations, and any details that “infringe” on the privacy of third parties.

Barr delivered his letter to Congress on the “principal conclusions” of the Mueller probe in March, and said the special counsel “did not find that the Trump campaign or anyone associated with it conspired or coordinated with Russia in its efforts to influence the 2016 U.S. presidential election.”

Mueller did not draw a conclusion on the question of whether Trump committed obstruction of justice, and Barr quoted the special counsel as saying that “while this report does not conclude that the President committed a crime, it also does not exonerate him.”

But Barr determined the evidence on obstruction of justice did not rise to the level of a crime — raising questions about why Mueller might have punted on the obstruction question, and whether Barr had overstepped in his judgment.

{Watch the press conference here as it happens}

What we already know

Mueller’s “Report on the Investigation into Russian Interference in the 2016 Presidential Election” is divided into 2 parts: One on Russian interference and one on obstruction of justice. Each will explain “the prosecution or declination decisions” Mueller reached during his investigation.

On Russian interference: Barr’s summary of Mueller’s “principal conclusions” states that the investigation “did not establish that members of the Trump campaign conspired or coordinated with the Russian government in its election interference activities.”

Mueller narrowly defines “coordination” as an “agreement—tacit or express—between the Trump Campaign and the Russian government on election interference.”

Mueller also defines election interference as comprising of 2 sets of efforts: The social media disinformation campaign carried out by a Russian troll farm known as the Internet Research Agency, and the hacking and dissemination of Democratic emails by Russian intelligence officers.

On obstruction of justice: Barr states that Mueller decided not to make “a traditional prosecution judgment,” and instead sets out evidence on both sides of the question. Mueller states that “while this report does not conclude that the President committed a crime, it also does not exonerate him.”

The chairman of the House Judiciary Committee, New York Rep. Jerrold Nadler, has said he is prepared to issue subpoenas “very quickly” for the full report on Russia and Donald Trump’s presidential campaign if it is released with blacked-out sections.