ANOTHER Republican Blocks $19 Million Disaster Relief Package While Trump Tells Ohio “We Are With You!” 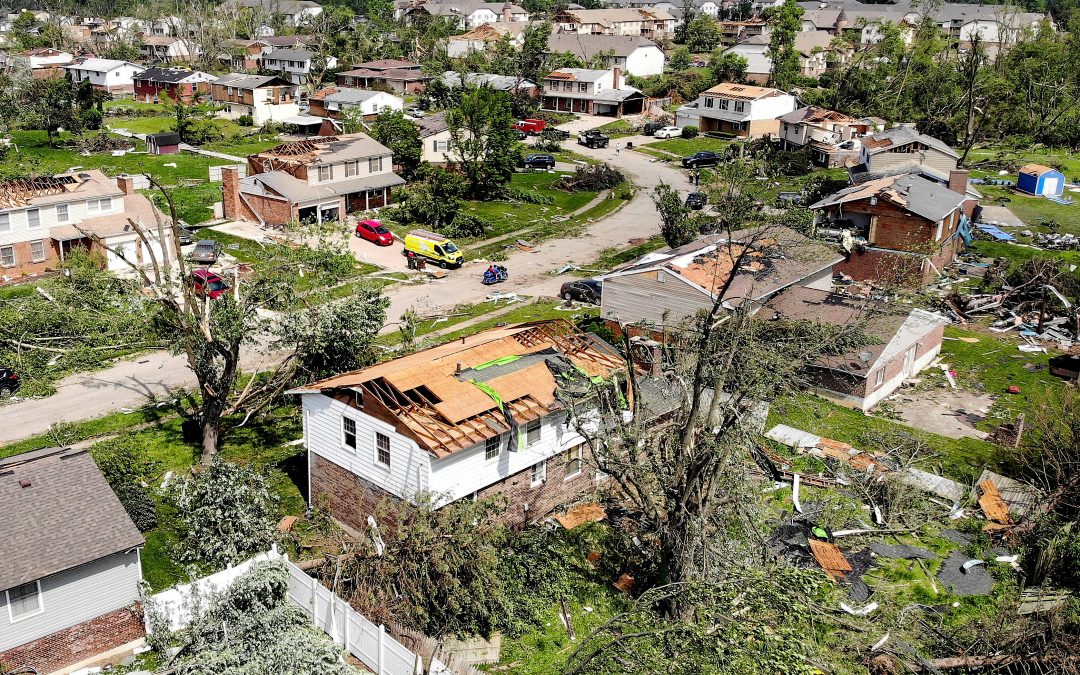 In a tweet, Trump insisted he was doing everything he could for the Buckeye State:

Storms overnight across Ohio and many other States were very dangerous and damaging. My team continues to update me with reports from emergency managers in the States affected. Listen to your local officials and be resilient. We are with you!

But apparently he can’t control members of his own party, after Republican Rep. Thomas Massie of Kentucky blocked ‘unanimous consent’ passage of a disaster aid measure, which is a top priority for Congress.

Massie argued that if Democratic leaders like Speaker Nancy Pelosi thought the legislation was so important, they should have kept the House in session in Washington late last week to slate an up-or-down roll call vote.

‘If the speaker of this House thought that this was must-pass legislation the speaker should have called a vote on this bill before sending every member of Congress on recess for 10 days,’ Massie said as he blocked the measure.

‘You can’t have bills passed in Congress with nobody voting on them,’ Massie said. ‘That is the definition of the swamp, and that’s what people resent about this place.’

House leaders scheduled the bill to pass by ‘unanimous consent’ – meaning passage is assured unless a lawmaker objects.

Leadership made such a move because the Senate passed the measure after most House lawmakers had left for their Memorial Day recess.

Rep. Sanford Bishop of Georgia said his agricultural district was but one part of the country suffering from hurricane damage and that aid won’t arrive until well after the start of planting season.

‘Many will not be able to plant this year,’ Bishop said. Hurricane Michael struck Georgia in the middle of last fall’s harvest season.

Eventual passage of the bill, supported by Trump and top leaders in Congress, is a forgone conclusion.

Trying again today was a political freebee for Democrats, who went on the attack right after the vote.

‘The heartlessness of House Republicans knows no bounds. Just days after sabotaging a bipartisan and bicameral bill to provide urgently-needed relief to millions of American families reeling from natural disasters, House Republicans have repeated their stunning act of obstruction – even after more deadly storms ravaged our country over the weekend,’ said Pelosi in a statement.

Authorities also confirmed one death in Celina, Ohio, about 75 miles northwest of Dayton.

Celina Mayor Jeffrey Hazel said that 81-year-old Melvin Dale Hannah died when a Chevrolet Station Wagon was blown into his house while he was sleeping.

Weather officials said an EF3 tornado hit Celina, but its speed is still being surveyed.

Celina Fire Chief, Douglas Wolters, said as many as 90 homes have been damaged by the tornadoes that pounded through the region. Wolters estimates that 40 of the homes have significant damage and some were knocked off their foundations.

Dayton area hospitals have reported at least 64 injuries since a wave of severe storms swept through.

Weather experts said the 52 tornadoes were reported across eight states overnight and residents of Idaho, Colorado, Nebraska, Iowa, Minnesota, Illinois, Indiana and Ohio are still not in the clear as severe weather is forecast to continue through tonight.