Despite Giuliani’s Claim, Ukraine’s Top Prosecutor Says “No Evidence Of Wrongdoing” By Bidens 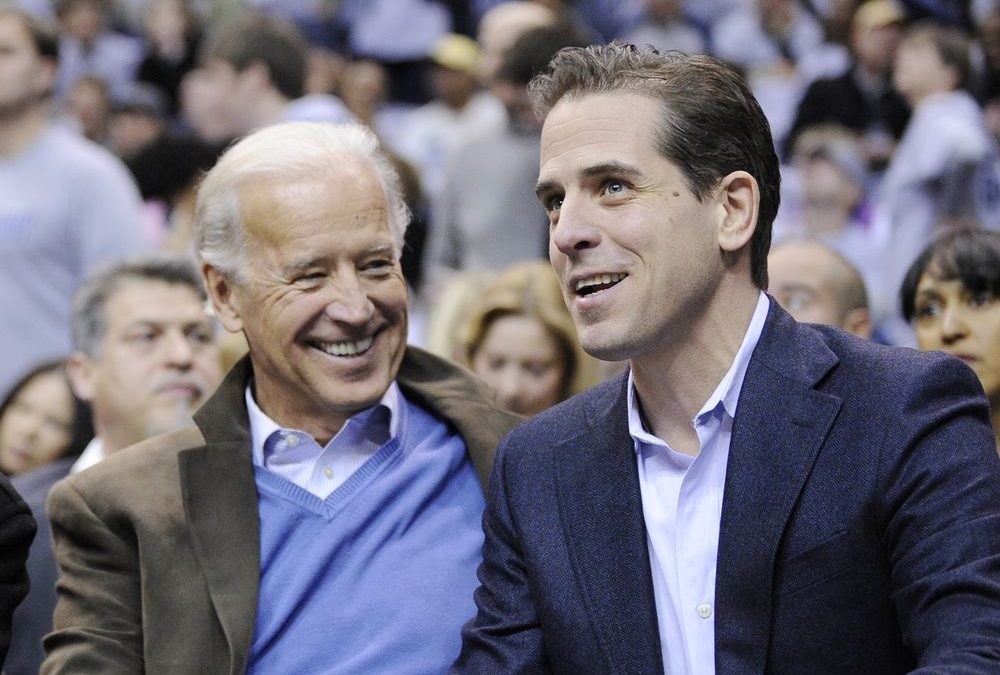 Ukraine’s prosecutor general said in an interview that he had no evidence of wrongdoing by U.S. Democratic presidential candidate Joe Biden or his son, despite a swirl of allegations by President Trump’s lawyer.

The controversy stems from diplomatic actions by Biden while his son, Hunter Biden, sat on the board of Burisma Group, one of the country’s biggest private gas companies.

As vice president, Biden pursued an anti-corruption policy in Ukraine in 2016 that included a call for the resignation of the country’s top prosecutor who had previously investigated Burisma.

Yuriy Lutsenko, the current prosecutor general, said that neither Hunter Biden nor Burisma were now the focus of an investigation.

He added, however, that he was planning to offer details to U.S. Attorney General William Barr about Burisma board payments so American authorities could check whether Hunter Biden paid U.S. taxes on the income.

“I do not want Ukraine to again be the subject of U.S. presidential elections,” Lutsenko said in an interview Tuesday in his office in Kiev. “Hunter Biden did not violate any Ukrainian laws — at least as of now, we do not see any wrongdoing. A company can pay however much it wants to its board.”

He said if there is a tax problem, it’s not in Ukraine.

The prosecutor laid out a more detailed explanation about what was under investigation by his office after a flurry of diverging reports.

While the prosecutor’s office hasn’t reopened a case against Burisma, it is pursuing information about the company’s owner in connection with a long-running criminal investigation of another mogul who fled the country five years ago.

That matter concerns a transaction unrelated to Hunter Biden, he volunteered.

In recent weeks, Rudy Giuliani, the president’s personal lawyer, has said that Joe Biden had a conflict of interest when he pressed Ukraine’s officials to crack down on corruption.

Giuliani said that Biden could have been trying to help his son’s business dealings and that Ukraine needs to investigate.

Those comments have brought fresh scrutiny of Ukraine’s prosecutors and whether they are now investigating matters related to Burisma or taking other steps to curry favor with the U.S. administration.

Back in March 2016, Biden threatened to withhold $1 billion in loan guarantees if Ukraine failed to address corruption and remove its Prosecutor General, Viktor Shokin, who soon after left office amid widespread calls for his dismissal.

Though Shokin had begun a probe into Burisma, it was dormant when he departed, according to a former prosecutor.

“At the end of the day, Shokin submitted his own resignation,” Lutsenko said.

Giuliani scrapped a planned trip to Ukraine this month to discuss the Biden allegations and other matters with Lutsenko and Ukrainian politicians after a report in The New York Times spurred criticism that he was seeking to harm a Democratic opponent.

Critics said he appeared to be enlisting a foreign government to investigate Trump’s possible challenger in the 2020 U.S. presidential election.

Giuliani told Fox News that he believed the people around President-elect Volodymyr Zelenskiy were “enemies” of Trump.

Addressing the controversy this week, Biden called it a “personal attack” by Giuliani.

“I can’t remember any lawyer representing the president, conferring with the president, deciding to go overseas where a government that relies on U.S. largess to try to get them to do something that everyone knows never happened,” Biden said in an interview in New Hampshire posted Monday on Twitter.