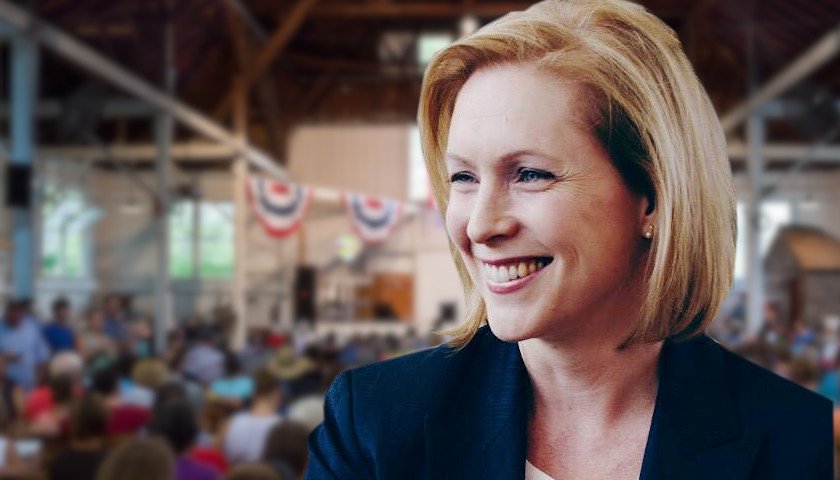 Sen. Kirsten Gillibrand (D-NY) has a radical plan to get more small-dollar donations into politics: She wants to give every voter $200 they can donate to the presidential candidate of their choice.

Gillibrand’s plan is part of a larger movement among Democrats, who are increasingly seeking to curb the influence of big money in politics.

Her “Clean Elections” proposal, which she unveiled this week, would do so in a straightforward way: It aims to increase the number of small donations in federal elections, and neutralize the outsized influence that large donors currently have.

Under Gillibrand’s proposal, every voter who opts in would receive $200 to donate for each presidential election, split across the primary and the final race.

Voters would also receive the same amount of money for both federal Senate and House races, meaning they could ultimately get a total of $600 per person, depending on the cycle.

This outlay would be paid for by eliminating a tax subsidy that CEOs receive, a move that the campaign estimates would result in roughly $60 billion in revenue over the course of a decade.

As the thinking behind the plan goes, if every voter had vouchers provided by the government, they’d be more likely to get involved in elections.

By virtue of scale, their collective donations would counteract the massive contributions from wealthy donors, while also forcing candidates to reach out to a wider base of voters.

The money each voter would receive, dubbed “Democracy Dollars,” would also only go to candidates who commit not to accept donations above the $200 mark, a major reduction from the $2,800 legal limit that candidates currently face.

While the idea of writing voters a blank check for candidate donations may seem like a moonshot, it’s actually a program that’s already been implemented (to limited success) in Seattle, and one that’s getting more consideration from other cities and states across the country.

At its core, the plan seeks to give more voters a voice in federal elections, while reducing candidates’ reliance on massive donations from a limited pool of rich donors.

“For too long, small groups of wealthy donors have had outsized influence over our government. These groups also tend to be disproportionately white and male,” Gillibrand wrote in a Medium post. “My plan would flip the equation — empowering more women and people of color to have a say in our government and set our course for a more equal and just future.”

Gillibrand’s proposal is one of a slate of innovative campaign finance reforms Democrats have put forth in recent years.

Championed by Sen. Bernie Sanders (I-VT) during his presidential election in 2016, the emphasis on grassroots funding has only grown among Democrats, as scrutiny of donations from corporations and lobbyists has increased.

This cycle, money in politics looms larger than ever.

Gillibrand, herself, has gotten heat for her approach to donors in the past.

Known for being an incredibly effective fundraiser, she’s been criticized for her ties with Wall Street, a key constituency in her home state of New York.

This cycle, she, like many of her competitors, has committed to rejecting donations from corporate PACs.

In a first quarter fundraising report, her campaign noted that 83 percent of her donations were less than $50.