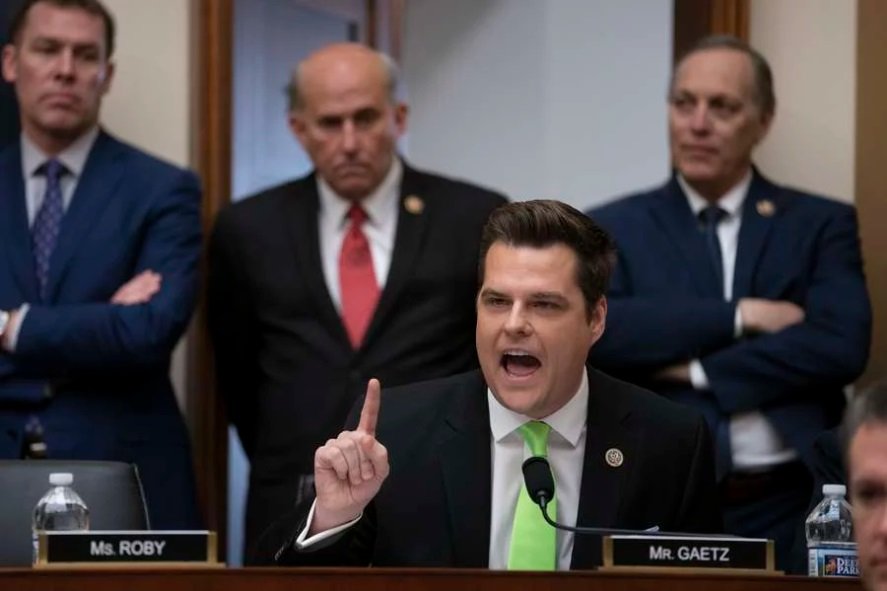 A grand jury-like panel will next decide whether there is probable cause that Gaetz’s tweet broke the state Supreme Court’s rules for lawyers.

Gaetz, one of Trump’s top allies in Congress, is licensed to practice law in Florida.

If the Florida Bar had determined in its initial review that discipline was not warranted, then the case would have stopped.

But it has not, meaning the Bar has decided that further investigation is needed.

In moving the case against Gaetz to this step, the Florida Bar is also signaling that its initial review determined that the allegations against Gaetz would, if proven true, be a violation of the rules.

Gaetz initially shrugged off the investigation, insisting the bar association must investigate all complaints.

Now that the case has advanced beyond the initial inquiry, Gaetz “remains confident that the Florida Bar will not impair his vigorous and successful representation of his district,” spokeswoman Jillian Lane Wyant said in a statement.

The complaint against Gaetz stems from a menacing tweet he sent on Feb. 27, the eve of Cohen’s testimony before a House committee.

Gaetz wrote: “Do your wife & father-in-law know about your girlfriends? Maybe tonight would be a good time for that chat. I wonder if she’ll remain faithful when you’re in prison. She’s about to learn a lot…”

He has since deleted the tweet, but not before it went viral.

Legal experts compared it to intimidation of a witness.

Walter Schaub, the former director of the Office of Government Ethics replied to Gaetz’s tweet with the federal statute number for tampering with a witness.

However, he maintained that he was not attempting to threaten Cohen, who was scheduled to testify before Congress the next day.

During Cohen’s testimony, Gaetz was spotted in the hearing room staring down the witness and whispering to Republicans even though he wasn’t a member of the committee meeting that day.

The grievance committee will assign the case to an investigator who will interview witnesses and review evidence. The investigator will then make a recommendation to the committee. It could take up to 6 months.

If the committee finds probable cause, a formal complaint will be filed with the Supreme Court of Florida for a trial.