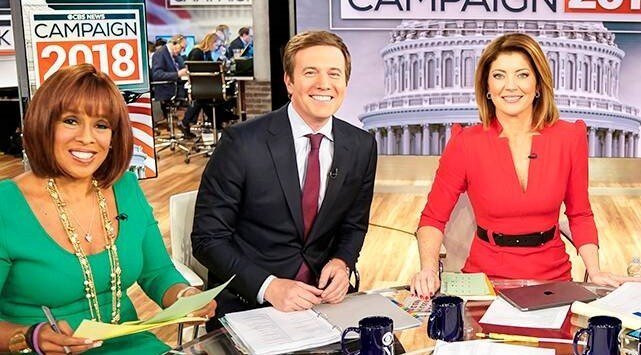 CBS News is replacing its evening anchor and revamping its morning show lineup as it seeks to boost ratings.

The network announced today  that co-host Norah O’Donnell will replace Jeff Glor as anchor of the CBS Evening News this summer.

CBS Evening News with Norah O’Donnell will relocate to Washington D.C. this fall.

Glor has anchored the newscast since December 2017 and is still negotiating his next steps.

Ratings have been especially awful for the network news program that began with Walter Cronkite in 1962.

O’Donnell was chief White House correspondent when she joined CBS This Morning in 2012, teaming up with Charlie Rose and Gayle King.

King will become the solo host of CBS This Morning.

John Dickerson, who hopscotched from political director to Face the Nation moderator in 2015 to CBS This Morning as Rose’s replacement in January 2018, will become a correspondent for 60 Minutes.

The 64-year-old newscaster will be joined by longtime journalist Anthony Mason and correspondent Tony Dokoupil on May 20.

King opened the show on Monday, saying: ‘We have some headlines of our own’.

She went on to put deny rumors that she had wanted O’Donnell dropped from the morning show.

‘It’s so amazing to me, Norah, that after seven years together that now people would say that you and I have some beef,’ King said.

‘This is a business about ratings and when the ratings don’t work they make changes and so they’re making changes that they hope will lead to better things.’

O’Donnell added that King was her ‘work BFF’.

You made me better in everything I have done,’ O’Donnell said.

The sweeping changes is among the first moves by CBS News president Susan Zirinsky.

She became the network’s first female president in March