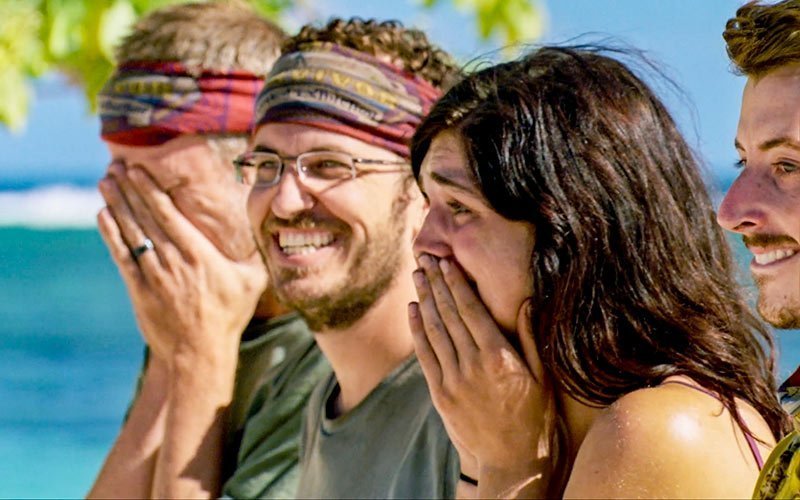 It’s becoming a curious question of how many times Rick Devens will be saved on this season of Survivor, after he avoided elimination on the reality TV show yet again.

Devens was set to be voted off the show for the second time this season when, miraculously, he found another immunity necklace preventing his eviction.

And the show spent two segments on him finding it.

The way it was edited, it appeared that Devens was frantically searching for immunity while everyone else stayed back at camp.

Finding the miracle necklace wouldn’t be overly suspicious had Devens not already been voted off the tribe in the fourth episode.

The tribe had already spoken, when he found a way back and then found a miracle.

Let’s stir up the conspiracy theories.

Why would Survivor producers want Rick Devens to stick around?

Devens anchors the morning news at WGXA in Macon, Georgia.

He is the first newscaster contestant on the long running reality TV show, and that could have a lot to do with who employs him. 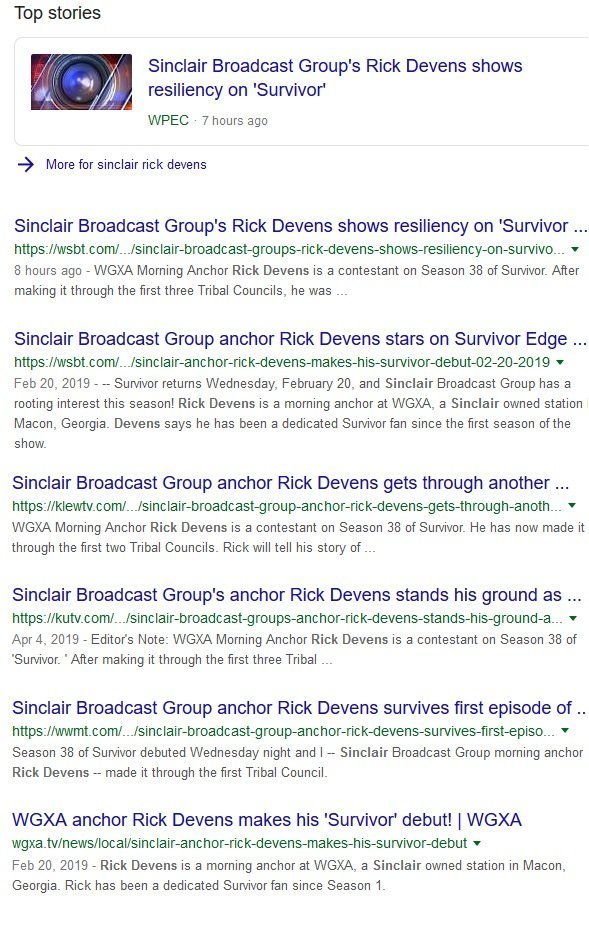 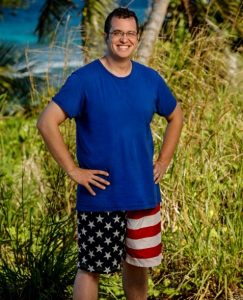 Each week Sinclair stations across America trumpet the latest on how “their guy” is doing.

Local news has traditionally been a place where you can find up-to-date weather, sports and headlines.

But Sinclair loves politics too.

And they are the first ownership group that mandates their very pro-Trump and conservative viewpoints be broadcast in your local news.

Last year, for example, the 193 local Sinclair affiliates began running a series of promotional segments, warning of a scourge of “fake news” promoted by “members of the media who use their platforms to push their own personal bias and agenda to control ‘exactly what people think.’”

The segments, which echo the Trump administration’s anti-media rhetoric, are eerily uniform across all Sinclair affiliates, so much so that Deadspin’s Timothy Burke was able to edit them together into a supercut showing dozens of Sinclair anchors saying the exact same words.

How America’s largest local TV owner turned its news anchors into soldiers in Trump’s war on the media: https://t.co/iLVtKRQycL pic.twitter.com/dMdSGellH3

The video is just another example of Sinclair stations’ strong partisan tilt.

Just last month, Sinclair mandated that all of its stations run a “Town Hall” special on prescription drugs, which actually could have been a paid infomercial for President Trump’s reelection campaign.

Sinclair has faced severe criticism for its “must run” segments, including commentaries by Boris Epshteyn, the Sinclair’s chief political analyst and a former Trump White House official.

[Jim Heath On Why Sinclair Remains A Menace To Journalism]

Charles Lewis, the founder of the investigative Center for Public Integrity, said about Sinclair employees, “They are stuck with an idiosyncratic owner with its own political views and agenda. It’s a nightmarish scenario for journalists.”

A recent paper by Emory University political scientists Gregory Martin and Josh McCrain found that when Sinclair buys a local station, its local news program begin to cover more national and less local politics, the coverage becomes more conservative, and viewership actually falls — suggesting that the rightward tilt isn’t enacted as a strategy to win more viewers but as part of a persuasion effort.

“These are local stations that advertise themselves as affiliates of ABC, CBS, NBC, and draw off the credibility of local anchors to present themselves as part of the community,” Jay Rosen, a journalism professor at New York University, wrote on Twitter.

So how does this all relate to Survivor?

The executive producer is Mark Bennett, a longtime Trump supporter who calls the president his “soul mate” and who was the bridge that made Trump politically possible.

Burnett cast the billionaire to host The Apprentice for seven seasons on NBC.

That notoriety propelled Trump into becoming a household name, long before he entered politics.

Burnett was also accused before the 2016 presidential election of withholding raw tapes of Trump, who reportedly made racists statements during taping.

Actor Tom Arnold contacted the Los Angeles Police Department last September after he was allegedly attacked by Burnett at an Emmy party in Los Angeles. 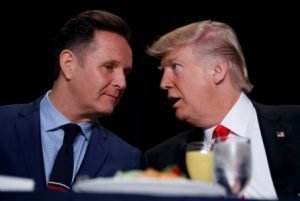 “Mark Burnett just went apes**; choked me at this huge Emmy party then he ran away with his torn Pink shirt & missing gold chain. I’m waiting for LAPD,” wrote Arnold on Twitter shortly after the fight.

Arnold had been publicly bashing Burnett for months over his insistence that the producer is protecting Trump by refusing to release outtakes from “The Apprentice” in which Trump allegedly uses racial slurs and makes other disturbing comments.

Bennett and Sinclair are on the same page when it comes to promoting Donald Trump.

That’s why a TV news personality from a Sinclair station was easy for Burnett to cast on the show.

Host Jeff Probst has admitted keeping the game fair is not a requirement from the network or the law.

“It’s an integrity thing,” Probst told the Producer’s Guide podcast. “You could cheat if you could get away with it.”

If that’s true, Rick Devens could find even more “miracles” ahead.