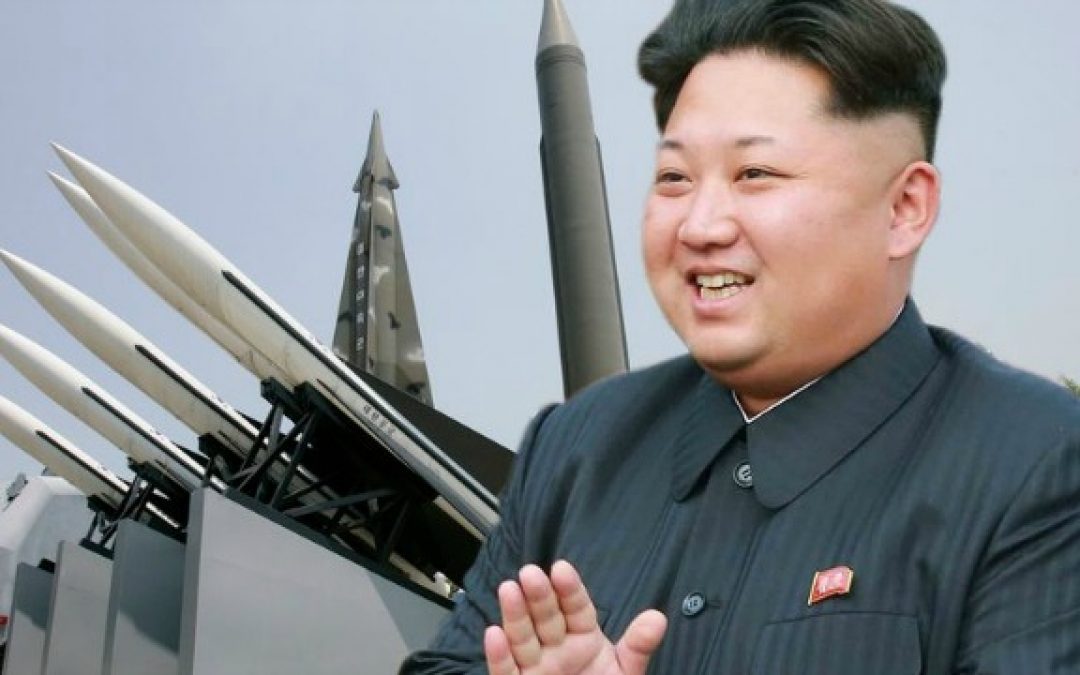 The North fired the projectiles between 9:06 a.m. and 9:27 a.m. from near Wonsan, a coastal town east of Pyongyang, the capital, the South Korean military said in a statement.

They flew 70 to 200 kilometers before landing in the sea between North Korea and Japan.

An earlier statement from the military said the North had fired a single missile, but the later statement used the vaguer term “projectile.”

The military has used that term in the past to describe North Korean missile launches when it was too soon to determine exactly what kind of missile had been deployed.

Ignoring today’s news, President Trump responded he believes Kim Jong Un will do nothing to interfere with the “great economic potential” of North Korea.

“He also knows that I am with him & does not want to break his promise to me,” Trump said in an unusually cheery tweet:

Anything in this very interesting world is possible, but I believe that Kim Jong Un fully realizes the great economic potential of North Korea, & will do nothing to interfere or end it. He also knows that I am with him & does not want to break his promise to me. Deal will happen!

A missile test would be the North’s first since 2017.

In mid-April, the North Korean leader attended a test of what the country called a new type of “tactical guided weapon.”

That, along with Saturday’s test, signaled that Kim intended to escalate tensions in an attempt to gain leverage with the United States.

In February, Kim met for the second time with Trump, hoping to win relief from sanctions in return for a partial dismantlement of his country’s nuclear weapons facilities.

But that meeting, in Hanoi, Vietnam, collapsed after Trump refused to lift sanctions until North Korea relinquished all its nuclear weapons.

North Korea has since vowed not to buckle under international pressure even if its people have to survive on “water and air only,” state media said, and it has repeatedly said it would find “a new way” to defend its national interests if Washington did not ease sanctions.

About 40 percent of North Korea’s population is in urgent need of food aid after the country suffered its worst harvest in a decade, the United Nations said yesterday, even as its regime defied international sanctions in order to keep its nuclear weapons program.

The bad harvest left North Korea with a 1.36 million ton shortage of grain, forcing its government to reduce daily state rations to less than 11 ounces per person in January, compared with 380 grams a year earlier, the World Food Program and the Food and Agriculture Organization said in their joint assessment.

Rations may decline further between July and September, when they are typically lower, the agencies said.

“The situation could further deteriorate during the lean season from May to September, if no proper and urgent humanitarian actions are taken,” the United Nations relief agencies said.

Since 2016, the United Nations Security Council has imposed a series of sanctions banning the export of coal and other key North Korean products, as well as drastically curbing its oil imports.

The sanctions have deprived the regime of important sources of income, and have also undercut its ability to import food to alleviate chronic food shortages.