LINDSEY GRAHAM: After He Led Impeachment Of Clinton Over Sex, Shuts Down Mueller Hearings On Russia 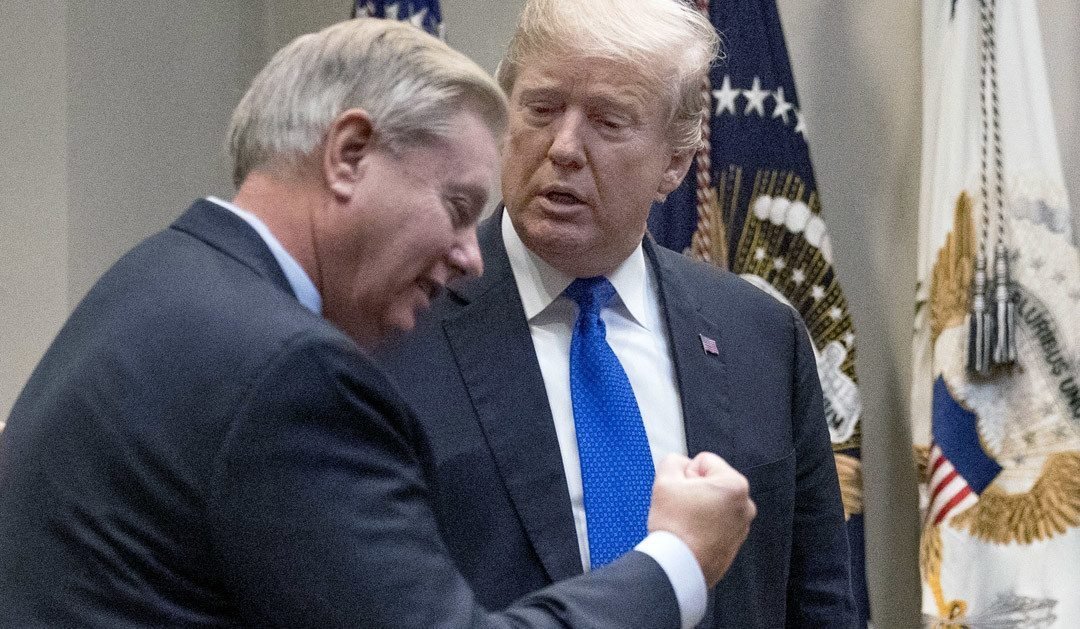 Facing reelection in Trump country next year, Sen. Lindsey Graham (R-SC) made it clear today that he will not ask special counsel Robert Mueller to testify about the Russia probe.

“I’m not going to do any more. Enough already. It’s over,” Graham told reporters, asked why he wasn’t calling Mueller to appear before his committee.

Graham also said that he will not ask former White House counsel Don McGahn to testify before the Senate panel.

“I’m not retrying the case. I’m not calling McGahn. It is over,” said Graham, who has attempted to become one of Trump’s top legislative allies since the death of Sen. John McCain.

Graham’s comments come after his panel held an hours-long, closely watched hearing with Attorney General William Barr about Mueller’s findings in the two-year probe on Russian election interference and the Trump campaign.

Democrats — including Sen. Dianne Feinstein (D-Calif.), the top member of her party on the committee — are clamoring for Mueller to testify, arguing that Barr has misrepresented the findings of the Russia report.

Several senators have signaled they would be open to Mueller testifying.

Sen. John Kennedy (R-La.), a member of Graham’s committee, said today that he had “no problem” with Mueller testifying, wanting to know why he was “unhappy” with Barr.

Calls for Mueller to testify have also grown after reports emerged over the past 24 hours indicating that Mueller had expressed frustration to Barr about the attorney general’s initial handling of the special counsel’s report once it was filed in March.

Mueller twice asked Barr to release the special counsel’s own summary of his findings from the 448-page report, according to a letter released Wednesday. Barr had initially summarized Mueller’s findings in a four-page letter to Congress on March 24.

Graham, who led the impeachment case against President Clinton in 1998, said he’s not concerned about Russia’s involvement in our national elections.

“I appreciate very much what Mr. Mueller did for the country. I have read most of the report. For me, it is over,” Graham said.

What parts of the report Graham hasn’t read is not clear.

McGahn has emerged as a point of interest as lawmakers dig into the findings from Mueller’s investigation into Russian interference in the 2016 election and the Trump campaign, as well as potential instances of obstruction of justice by the president.

In one “episode” of potential obstruction described by Mueller, Trump in 2017 ordered McGahn to tell Deputy Attorney General Rod Rosenstein to get rid of the special counsel. But McGahn refused, warning that he would rather resign.

In a subsequent episode described by Mueller, Trump last year tried to get McGahn to deny that he ever asked the White House counsel to help fire Mueller.

Barr acknowledged during the hearing Wednesday that he has objections to McGahn testifying publicly to Congress about his interactions with Trump.

Asked by Sen. Dick Durbin (D-Ill.) if Barr had “any objections” to McGahn testifying, as House Democrats have demanded, the attorney general said he did, noting that McGahn was a “close adviser to the president.”

Graham also dropped the f-bomb on live TV this morning during his opening statement.

Graham started by reading aloud from texts recovered from then-members of Mueller’s investigative team Peter Strzok and Lisa Page: “August 26, 2016: Just went to the southern Virginia Wal-Mart. I could smell the Trump support. October 19, 2016: Trump is a f**king idiot. He’s unable to provide a coherent answer.”

“Sorry to the kids out there,” Graham immediately apologized for his use of profanity.