McConnell Declares “Case Closed” On Russia, Forgetting His Own Role In 2016 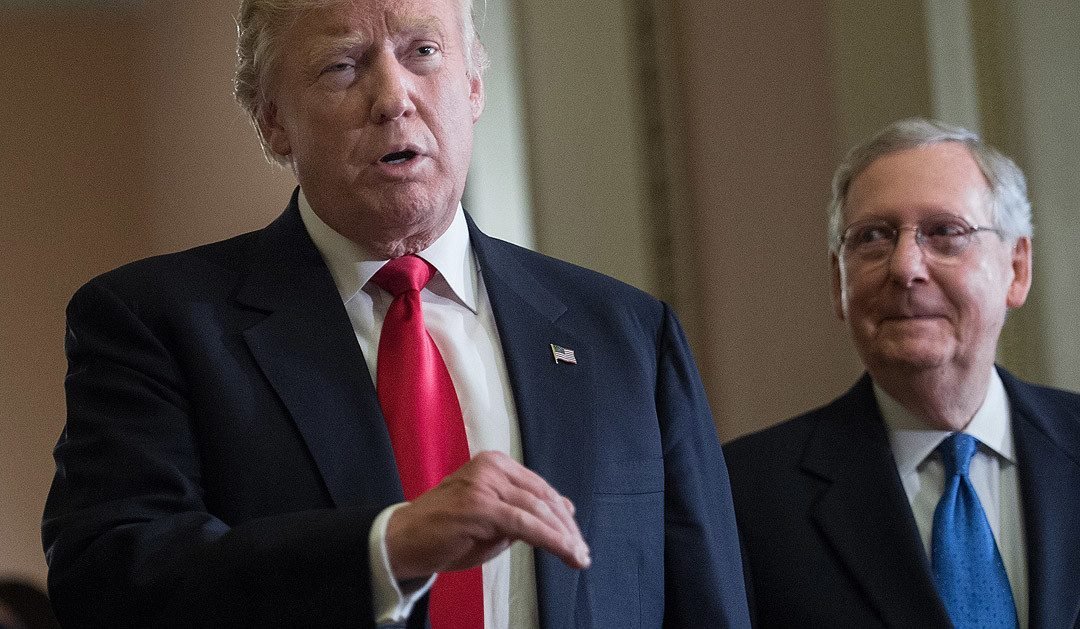 Senate Majority Leader Mitch McConnell (R-KY) called on Congress today to move on from the Mueller report and issued his own verdict from the Senate floor: “Case closed.”

“With an exhaustive investigation complete, would the country finally unify to confront the real challenges before us?” McConnell asked. “Or would we remain consumed by unhinged partisanship, and keep dividing ourselves to the point that Putin and his agents need only stand on the sidelines and watch as their job is done for them?”

“Regrettably,” he continued, “the answer is obvious.”

McConnell’s speech pointed up the profound gap between the Republican-controlled Senate and the Democrat-controlled House.

House Democrats are locked in an escalating fight with President Trump, who is trying to slam shut House investigations of all sort.

The House Judiciary Committee is preparing to hold Attorney General William Barr in contempt of Congress tomorrow for ignoring a subpoena for the full report of the special counsel, Robert Mueller, and his underlying evidence.

The Treasury secretary, Steven Mnuchin, told the chairman of the House Ways and Means Committee, Richard E. Neal of Massachusetts, that he would not turn over six years of Trump’s personal and business tax returns, as demanded by Neal under the federal tax code.

And the White House today instructed Donald McGahn, the former White House counsel, to hold onto documents subpoenaed by House investigators because President Trump may want to assert executive privilege over them.

Even in the Senate, some moderate Republicans, such as Susan Collins of Maine, have said they would at least like to hear from Mueller.

“Senator McConnell’s declaration of ‘case closed’ is a stunning act of political cynicism and a brazen violation of the oath we all take,” the said. “The Special Counsel report laid out eleven instances of the President’s obstruction, and left a raft of unanswered questions about coordination between the President’s campaign and Russia. These are not trivial or political questions — they go to the wellspring of our democracy.”

Senator Mark Warner of Virginia, the ranking Democrat on the Senate Intelligence Committee, was similarly unsparing, given that his committee’s investigation of Russian interference in the 2016 election is ongoing.

But Republican leaders say questions of abuse of power and obstruction of justice are over.

McConnell waved the congressional Democrats off their investigations, arguing that “re-litigating a two-and-a-half-year-old election result” and continuing to traffic in “fanciful conspiracy theories” fixated on “delegitimizing the president” would hurt the country.

His comments are likely to be well-received by the president, who has continued to complain that Democrats are subjecting him to “the highest level of presidential harassment” in the nation’s history.

McConnell’s plea to move on, however, is sure to be met only with derision by House Democrats.

McConnell also praised Trump’s efforts to “make Russia pay for its interference” in the 2016 presidential election — and took President Barack Obama to task for not taking the threat Russia posed seriously enough.

Recalling how the former president once mocked Mitt Romney, the Republican presidential nominee at the time, for naming the country as America’s greatest geopolitical threat, McConnell speculated that “maybe stronger leadership would have left the Kremlin less emboldened.”

That assertion is sure to infuriate Democrats.

The Obama White House had appealed to congressional leadership during the 2016 campaign to issue a bipartisan, bicameral statement decrying Russian interference, fearing that a statement from Obama would be interpreted as a partisan intervention in the election on behalf of Hillary Clinton.

He has also blocked a bipartisan, nonbinding resolution in the Senate to make the full Mueller report public, arguing that Mr. Barr should be in charge of determining what was made public.