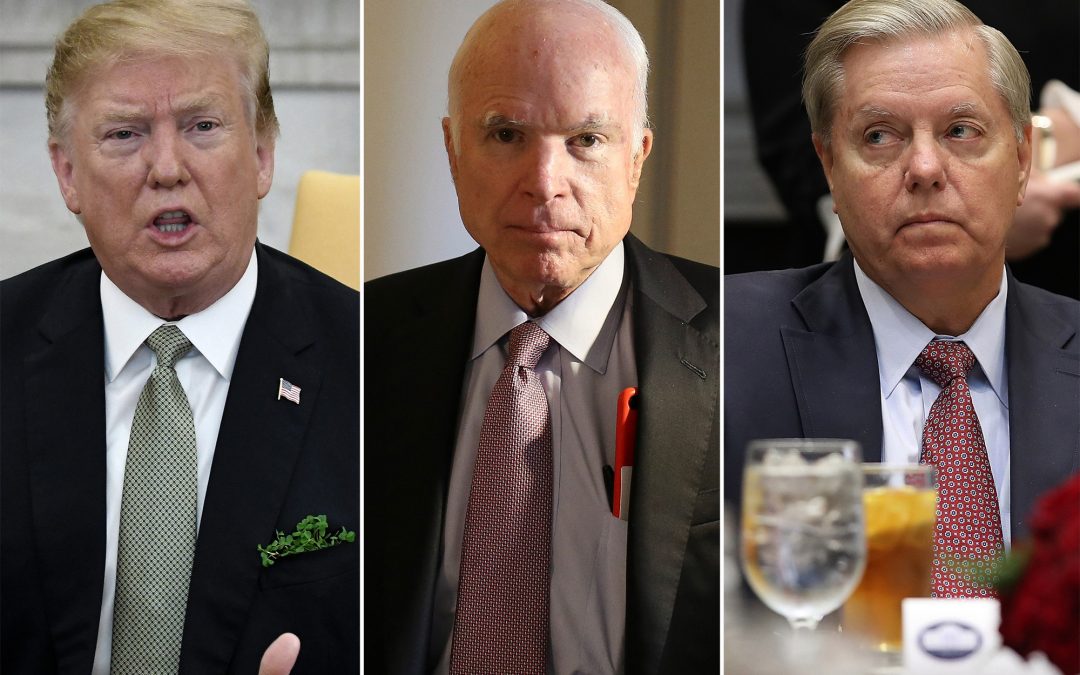 “I think with Lindsey, I grew up with Lindsey Graham, I can call him Lindsey, and I considered him my fathers best friend and uncle for a very long time, and you know, it’s hard for me, and it disappoints me, but I also understand politics,” said McCain.

The daughter of the late senator, and The View co-host, did not bring up Graham’s involvement in privately extending invitations to members of the Trump family to attend McCain’s funeral last fall.

As most of official Washington was on hand to pay tribute to the fallen leader, Trump had not been invited.

“My father had been clear about the line between the McCains and the Trumps,” Meghan McCain told Stephen Colbert.

McCain told Colbert she did not know Kushner and Ivanka would be attending the funeral.

“A funeral is obviously a sacred time, and I thought that my family had made it clear, or at least I had, that the Trumps were unwelcome around me,” she said.

After initially denying it, Graham’s office finally admitted he helped “facilitate” the invitation. 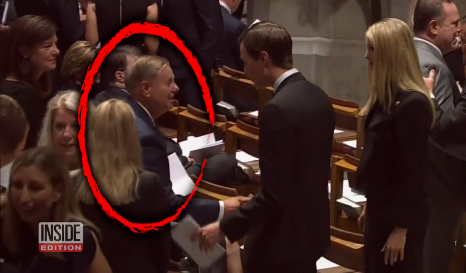 Meghan McCain insisted that invite did not come from the family.

“I was surprised when they were there, and it made me uncomfortable,” she said. “And I hope I made them uncomfortable, honestly, with everything.”

Her co-host on The View Sunny Hostin told Inside Edition:

“I can tell you that after speaking with Meghan and some of her close friends that the McCain family did not invite Jared and Ivanka,” said Hostin. “They didn’t.”

Which meant that Graham had been lying to the family.

“I will always love and respect him, but politically I just don’t understand it,” McCain told Meyers.

She also added that Graham would have been perfectly fine to run for reelection next year without being so closely aligned to her dads worst enemy.

“I think the idea is that politically you sort of have to make amends with Trump in one way or another to be politically relevant, and to gain reelection,” she said. “But my father was his biggest enemy, one of his largest political enemies, and he won his reelection handily in Arizona. And Arizona, up to that point, was a red state. So it’s possible, you just have to work harder.”

Already running for reelection next year, Graham has quickly become one of Trump’s loudest cheerleaders in the congress.

And unfortunately for me, you’re doing all this without losing a step in your golf game!@realDonaldTrump #TrumpBirthday pic.twitter.com/PJRa54FVAP

Despite the transformation into a pro-Trump Republican, McCain says she can’t be angry with Graham.

“I’m always going to have a special place in my heart for Lindsey, But you know, of course it disappoints me. I think I would be inhuman if it didn’t.”