Most Diverse Class In Academy’s History Graduates From West Point 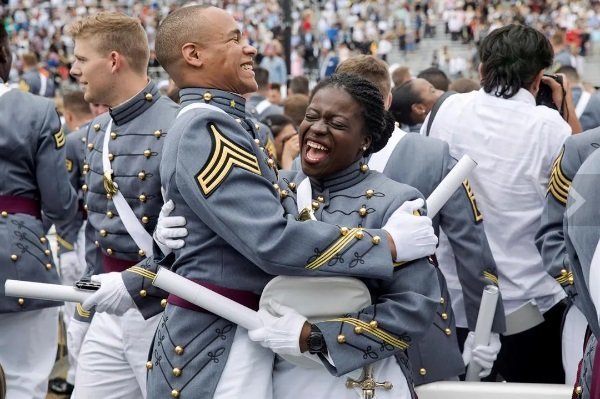 West Point’s class of 2019 is its most diverse ever, both by race and by gender, reflecting the changing demographics of America.

Although the academy was established in 1802, it didn’t graduate its first black cadet until Henry O. Flipper in 1877.

It took nearly 100 more years before it allowed the first class of women, who graduated in 1980.

Vice President Mike Pence delivered West Point’s commencement speech, saying, “I could not be more proud to stand before the graduating class of 2019 that includes the highest number of African American women cadets in the history of the United States Military Academy.”

Pence did not serve in the military but noted that his late father served with the Army in the Korean War.

Over 980 cadets graduated this year.

The first international student to graduate from West Point is from the Netherlands.

Army Chief of Staff General Raymond Odierno pushed the academy in 2013 to increase its efforts to diversify.

“It meant that we definitely had to reach out and include one another, but also reach out to people who are unlike us and lean on them as well because diversity means nothing without inclusion,” said graduate Tania Nash.

Two fallen cadets and a second lieutenant were also honored at the event.