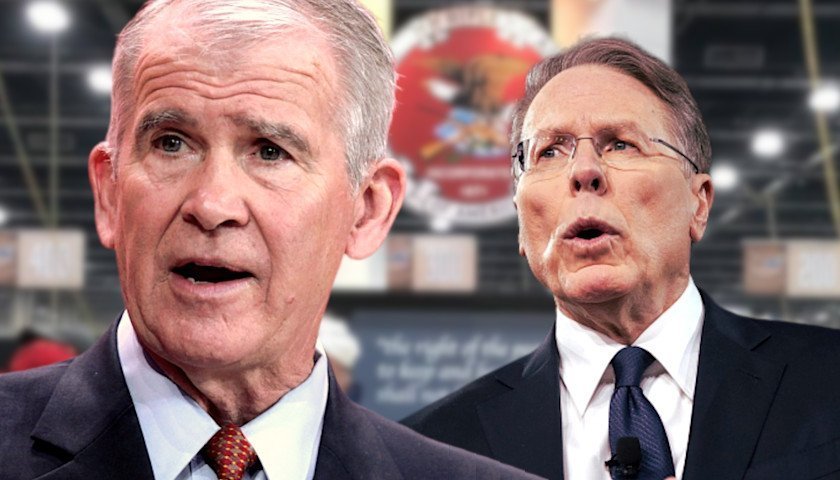 National Rifle Association chief Wayne LaPierre is under fire by some of his own members, being questioned over $240,000 in travel expenses that he charged to the organization’s ad agency without providing adequate documentation.

The revelation comes days after LaPierre, the public face of the gun lobbying group for decades, fended off a backlash to be reinstated on Monday as the gun lobby’s CEO.

LaPierre was challenged by former NRA President Oliver North, who stepped down over the weekend after threatening to reveal allegations that NRA leaders engaged in financial improprieties.

Now it has emerged that LaPierre charged the NRA’s ad agency Ackerman McQueen $240,000 for expenses related to trips he took to Italy, Hungary, the Bahamas and other destinations without providing adequate documentation, according to a letter to the group’s board seen by Fox News.

Some of LaPierre’s expenses were charged to one of the ad firm’s credit cards and included a 2014 stay at the Four Seasons hotel in Budapest and expenses related to trips to Palm Beach and Reno, according to the letter from Ackerman McQueen.

The ad firm was reimbursed over time by the gun-rights group, sources familiar with the matter told Fox News.

An outside attorney for the NRA, William A. Brewer III, said that the “vast majority” of travel involved donor outreach, fundraising and stakeholder engagement.

‘The board is aware of the allegations and has taken them under review.”

Brewer said certain fundraising and travel expenses were submitted through Ackerman McQueen for ‘confidentiality and security purposes,’ but the practice has since been changed.

The Ackerman McQueen letter was given to NRA directors last week by Oliver North, who had called for a crisis committee of the board to probe the travel costs and other allegations of financial mismanagement.

North then stepped down after he was accused by LaPierre of extorting him and pressuring him to resign over unspecified ‘accusations of wardrobe expenses and excessive staff travel expenses,’ according to Fox News.

In a statement Thursday, NRA director Marion Hammer said the travel-expense allegations were ‘part of the failed coup attempt’ and have been properly vetted by the board.

LaPierre’s disclosed compensation in 2017, the most recently reported year, was $1.4 million for his role with the NRA, which he has headed since 1991.

Ackerman McQueen sent LaPierre the letter stating that it was not able to provide records to the NRA justifying more than $240,000 spent on travel costs without documentation from him, sources claimed.

A trip to Italy was featured in a short 2015 documentary feature on the Italian gun maker Beretta posted on NRATV.

LaPierre’s wife Susan appears in the video talking to a Beretta family member.

She is co-chairman of the NRA Women’s Leadership Forum.

For the past two decades, the NRA has faced criticism from among its ranks that its leaders had become corrupted by the millions of dollars flowing into its coffers.

The criticism has included allegations of self-dealing and excessive personal spending.

Now the pressure has increased with New York’s attorney general opening an investigation that could threaten the group’s tax-exempt status.

The NRA’s charter was originally filed in New York, giving authorities there broad latitude to investigate its operations.

Newly elected New York Attorney General Letitia James has made no bones about her dislike of the NRA, calling it a ‘terrorist organization.’

The NRA in recent weeks sued Ackerman McQueen, the Oklahoma-based public relations firm that has earned tens of millions of dollars from the NRA since it began shaping the gun lobby’s fierce talking points in the past two decades.

The NRA accused Ackerman McQueen of refusing to provide the requested documents.

Ackerman McQueen turned the NRA from an organization focused on hunting and gun safety into a conservative political powerhouse.

The firm created and operates NRATV, an online channel whose hosts often venture into political debates not directly related to firearms, such as immigration and diversity on children’s TV.

The NRA has faced some financial struggles in recent years, losing a combined $64million in 2016 and 2017, and that has prompted some to question whether the large sums spent on public relations and NRATV are worth the money.

Although LaPierre won, even some of his most ardent supporters such as the pro-gun website AmmoLand were wondering how much longer he should continue, saying, ‘right or wrong, he has become a lightning rod for criticism.’

‘Wayne LaPierre will always be a hero in AmmoLand’s book for the pioneering work protecting and advancing the Second Amendment,’ AmmoLand said in an editorial on Monday.

‘That said, it may be time for LaPierre to retire. Not immediately, but perhaps in 2021, after 20 years as Executive Vice President.’

The NRA, with more than 5 million members, is by far the most powerful and well-connected gun lobby in the United States.

It has worked closely with legislators to protect firearms manufacturers from liability for gun violence and pushed a ban on U.S. health officials from promoting gun control.