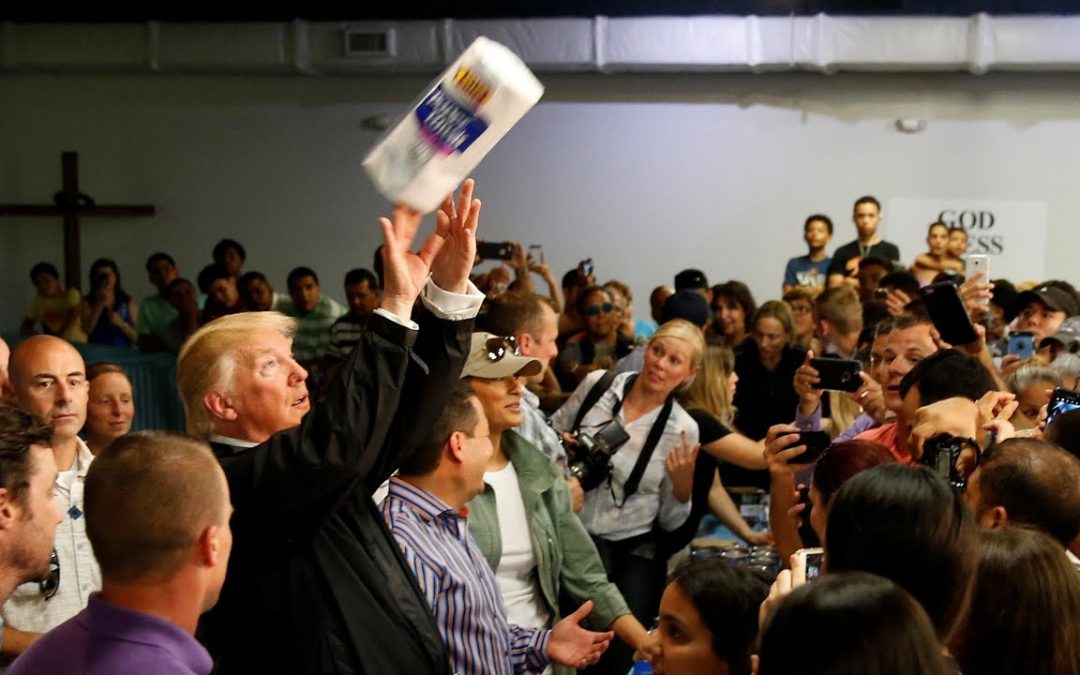 President Trump has repeatedly claimed that Puerto Rico has already received $91 billion in disaster relief funding. That’s not true, and the White House knows it.

At a political rally in Florida, Trump attacked the hurricane-ravaged island for not sufficiently appreciating his administration’s relief efforts—which critics have decried as grossly inadequate—and attempting to use a bar graph to bolster his repeatedly debunked claim that the island has received a record amount of storm aid.

“I brought a chart. Would you like to see a chart?” Trump said, pulling a piece of paper from his jacket pocket to cheers from the audience.

“That’s Puerto Rico and they don’t like me,” said Trump, pointing to a section of the bar graph purporting to show that Puerto Rico has received $91 billion in hurricane relief funding. As The Associated Press quickly reported, Trump’s “number is wrong, as is his assertion that the U.S. territory has set some record for federal disaster aid. Congress has so far distributed only about $11 billion for Puerto Rico, not $91 billion.”

But Trump keeps repeating it, regardless of the truth.

In a recent tweet he emphasized that “Puerto Rico has been given more money by Congress for Hurricane Disaster Relief, 91 Billion Dollars, than any State in the history of the U.S.”

Puerto Rico has been given more money by Congress for Hurricane Disaster Relief, 91 Billion Dollars, than any State in the history of the U.S. As an example, Florida got $12 Billion & Texas $39 Billion for their monster hurricanes. Now the Democrats are saying NO Relief to……

If that’s the case, Trump could increase the number to $100 billion or above because no one knows about what might be allocated in the future.

Here’s what we know as “fact” right now:

$11.2 billion has been spent thus far in Puerto Rico for Hurricane Maria relief, with a total of $40.8 billion allocated.

Anything beyond that is just a guess, not backed up by any official estimate by the Congressional Budget Office.

While Trump describes this theoretical number as the highest ever given to a state, it’s important to remember that Puerto Rico is an island that received the full brunt of the storm.