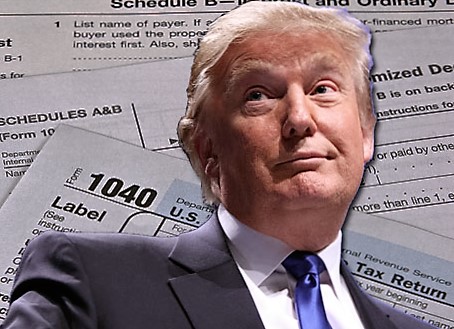 Mnuchin, in a letter to House Ways and Means Committee Chairman Richard Neal (D-Mass.), said he had consulted with the Justice Department and that they had concluded that it would not be lawful for the Trump administration to turn over the tax returns because of potential violations of privacy.

Mnuchin added that requests from Congress “must serve a legitimate legislative purpose” and that the request from Democrats does not.

A number of legal experts have said it would be unprecedented for Mnuchin to refuse to turn over the tax returns, as the power for lawmakers to seek the returns is written explicitly in a 1924 law.

But Mnuchin, Trump’s former campaign finance chairman, has fought to protect the returns from public disclosure and said it would create a dangerous precedent if the returns are released.

House Democrats have insisted they are on strong legal footing in their request for the tax returns, and several lawmakers said they expect to file a lawsuit so that a federal judge will rule on the matter.

This process could take months, though, and ultimately end up before the Supreme Court.

Neal first requested six years of Trump’s business and personal tax returns in March, and Mnuchin has twice requested deadlines set by Democrats and said he needed more time to review the law. In his latest rejection, Mnuchin cited his consultations with the Justice Department, though he did not provide more information about their reasoning.

Democrats rejected Mnuchin’s argument and promised to continue pressing for the tax returns.

“We need immediate legal action. We cannot allow this bad president to set bad precedent,” said Rep. Lloyd Doggett (D-Texas). “If Trump once again faces only Republican silence and Democratic timidity, he will continue to erode our democracy by assuming more and more power.”

“It looks like Mnuchin is ready for the fight — this is a plain rejection,” said Steve Rosenthal, an expert at the nonpartisan Tax Policy Center, who has briefed Congress on the matter. “He’s not delaying any further.”

With Treasury’s rejection, House Democrats may seek other avenues to obtain the president’s financial records.

New York state’s legislature is currently considering legislation that would allow its tax department to turn Trump’s state returns over to certain Congress bodies, including the House Ways & Means Committee.

Brad Hoylman, a state senator in New York who authored the legislation, said Mnuchin’s denial will speed up consideration of his bill, which has already passed committee and could be approved by the state senate this May.

“Today’s news increases the sense of urgency that Albany must act now to provide the House Ways and Means Committee with the president’s state returns,” Hoylman said on Monday, adding he has been discussing the bill with Rep. Jerry Nadler (D-N.Y.). “It could move very soon.”

The chairmen of the House Ways and Means Committee and the Senate Finance Committee have had the authority since 1924 to obtain the tax returns of any American, and the law stipulates that the Treasury secretary “shall furnish” the information once it is requested.

This law was put in place during the Harding administration because of financial improprieties that stemmed from the Teapot Dome scandal.

Trump is the first president since the Nixon administration to refuse to provide his tax returns.

He once chided Mitt Romney for not releasing his tax returns sooner in 2012, and promised to do so himself if he were ever a presidential candidate.