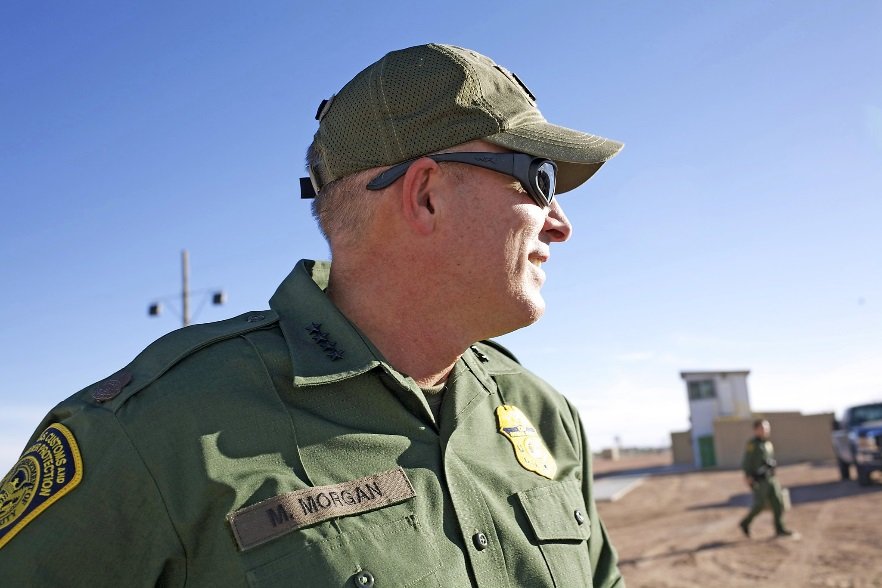 “I am pleased to inform all of those that believe in a strong, fair and sound Immigration Policy that Mark Morgan will be joining the Trump Administration as the head of our hard working men and women of ICE,” Trump wrote in a tweet. “Mark is a true believer and American Patriot. He will do a great job!

ICE leaders did not know Trump had picked Morgan and learned of the decision from the president’s tweet, according to two senior administration officials.

Morgan, a career FBI official who served as the chief of the U.S. Border Patrol at the end of the Obama administration, has spoken publicly in favor of Trump’s efforts to build a wall along the border with Mexico.

Morgan had been forced to step down from the Border Patrol at the beginning of the Trump administration.

But he later emerged as an administration supporter and said he believed the wall was an important component of national security, saying in an interview that “the wall works.”

He urged Trump to push for border wall funding despite opposition from lawmakers.

“I was removed. I’m standing up and saying, ‘I should have disdain for them, but I don’t because they are right,’ ” Morgan told the website Law and Crime in January. “I can stand up and say they are right because it’s the right thing to do for this country. I’m begging the president to stay the course.”

In an interview on Fox News on April 15, Morgan said he supported Trump’s suggestion that he might send migrants crossing the border to so-called sanctuary cities that are defying a crackdown by ICE.

“I’ve been there. The Border Patrol, ICE, their facilities are overwhelmed, the faith-based organizations and other nongovernmental organizations are overwhelmed,” Morgan said in the interview. “They have no choice. They’re going to have to start pushing these individuals out. Shouldn’t we kind of share the burden throughout the country?”

Last month, Trump withdrew the nomination of Ronald Vitiello, a 30-year Border Patrol veteran and then the top official at ICE, saying he wanted someone “tougher” in the job.

The president’s decision on Vitiello came as such a surprise that some U.S. officials apparently thought the White House had made a clerical error.

But Trump’s support for Vitiello waned after complaints from Stephen Miller, the hawkish White House adviser who leads the administration’s immigration policy efforts.