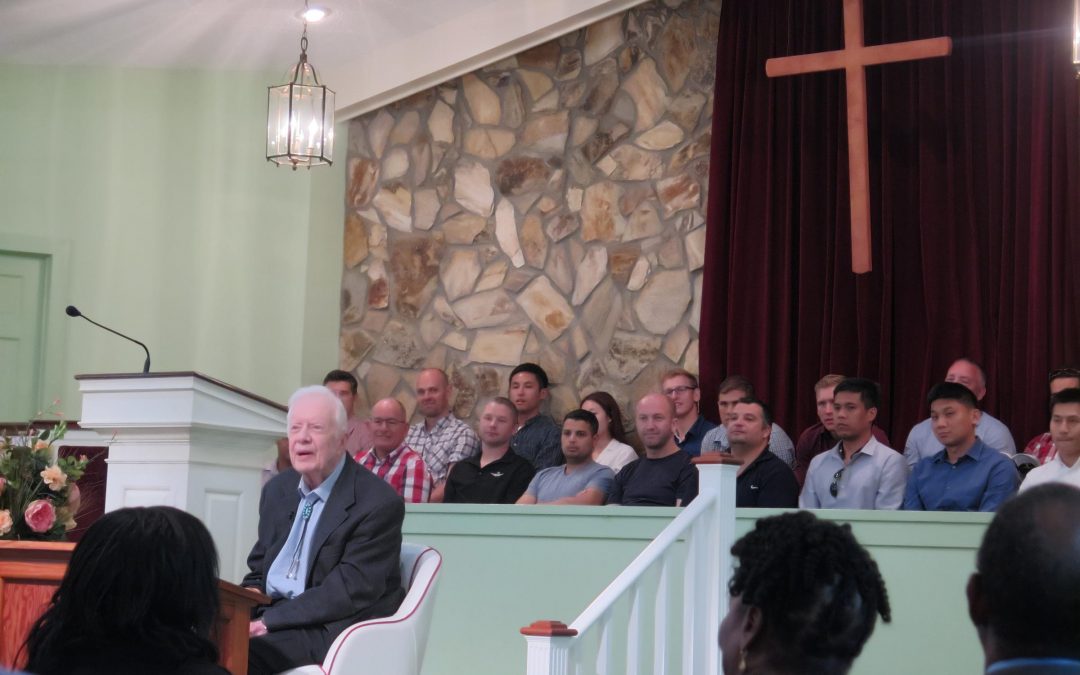 Former President Jimmy Carter questioned the legitimacy of Donald Trump’s presidency today, saying he would likely not be in the White House if the Russians did not interfere in the 2016 presidential election.

“I think a full investigation would show that Trump didn’t actually win the election in 2016. He lost the election, and he was put into office because the Russians interfered on his behalf,” the former president, who served between 1977 and 1981, said at a panel hosted by the Carter Center in Leesburg, Va.

Pressed by moderator and historian Jon Meacham on whether he believes Trump is an “illegitimate president,” Carter stared, and then said smiling, “Basically, what I said, I can’t retract.” Carter’s remark drew laughs from the audience and Meacham.

Carter has not been an especially vocal critic of the president, and has sometimes even praised Trump’s policies, such as Trump’s decision not to take military action against Iran.

The oldest living president and Trump also spoke over the phone in April after Carter wrote to the president about his trade negotiations with China.

During the Thursday event, Carter called for Trump to condemn Russia for their meddling in the election, and said he should “admit that it happened,” as the intelligence community has already stated.

Carter’s comment will likely chafe Trump, who has been quick to roast anyone who attempts to undermine his presidency by insinuating that his surprise victory in 2016 was illegitimate.

The president has repeatedly argued, without evidence, that there were millions of illegitimate votes, which helped tip the popular vote in rival Hillary Clinton’s favor during the 2016 election. He said directly after the election that voter fraud was to blame for his losing the popular vote, and maintains that position.

In a recent interview with NBC’s Chuck Todd on “Meet the Press,” Trump said “there were a lot of votes cast [in 2016] that I don’t believe,” adding, “There was much illegal voting,” he added.

However, the report, which was released in mid-April, laid out in extensive detail how the Kremlin used hacking techniques and disinformation campaigns to try to sway the election Trump’s way.

Trump has held strong on his position that the Russians played no part in helping him land in the Oval Office.

He has dismissed the idea that Russian interference affected the outcome of the 2016 election, calling it “a hoax,” among other names.

But the president also said in a recent interview that he might not report any election help offered by foreign sources to the FBI in the 2020 election cycle, stoking fresh agitation among Democrats and his fellow Republicans.