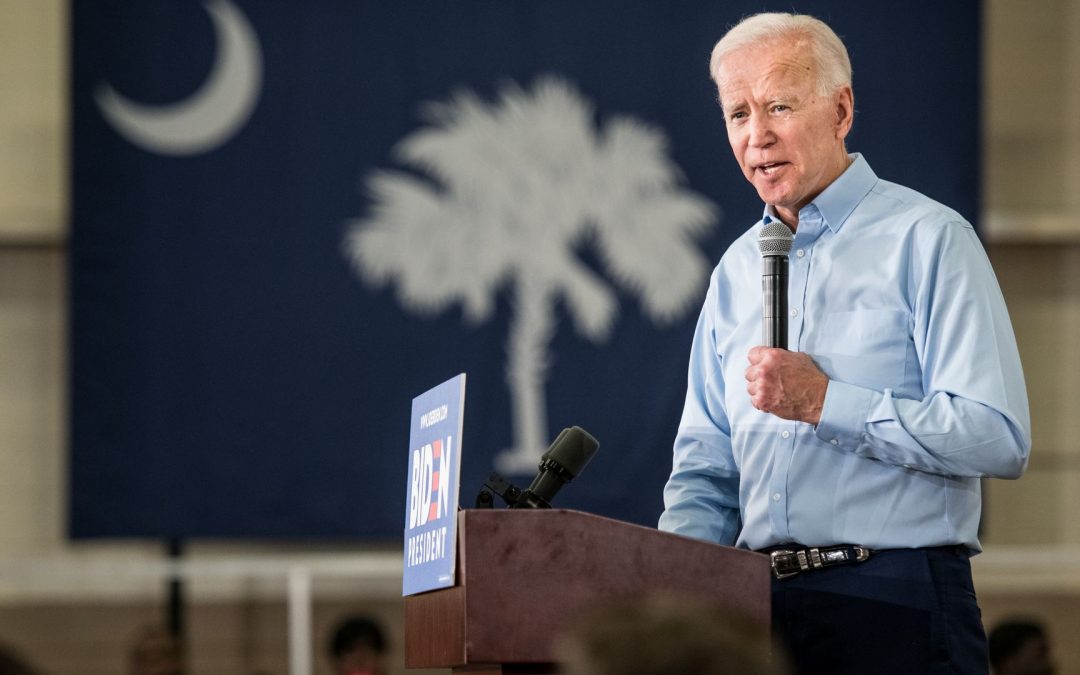 Former Vice President Joe Biden came under fire on Wednesday after invoking his working relationships with two segregationist senators in the 1970s as an example of bygone “civility” in the Senate.

In his remarks, Biden sought to rebuff criticism of his centrist-minded politics from some in his party’s liberal wing.

He pointed back to his early days as a U.S. senator from Delaware when he worked with Eastland and Talmadge, two Southern Democrats who opposed desegregation.

“I was in a caucus with James O. Eastland,” Biden said, briefly emulating a Southern accent. “He never called me ‘boy.’ He always called me ‘son.’ ”

Of Talmadge, Biden said that he was “one of the meanest guys I ever knew.”

“Well guess what? At least there was some civility. We got things done,” Biden said. “We didn’t agree on much of anything. We got things done. We got it finished. But today, you look at the other side and you’re the enemy. Not the opposition, the enemy. We don’t talk to each other anymore.”

Biden’s remarks won rebukes from Booker, de Blasio, Delaney, Harris and Sanders, who all said the former vice president’s comments were out of tune with the party.

Booker said Biden was “wrong” to invoke his working relationships Eastland and Talmadge as an example of political compromise.

“You don’t joke about calling black men ‘boys,’ ” said Booker, who is black. “Men like James O. Eastland used words like that, and the racist policies that accompanied them, to perpetuate white supremacy and strip black Americans of our very humanity.”

“I have to tell Vice President Biden, as someone I respect, that he is wrong for using his relationships with Eastland and Talmadge as examples of how to bring our country together,” he added. “And frankly, I’m disappointed that he hasn’t issued an immediate apology for the pain his words are dredging up for many Americans. He should.”

Sanders echoed Booker’s call for an apology, saying that Biden’s remarks were particularly harmful “at a time when the Trump administration is trying to divide us up with its racist appeals.”

I agree with Cory Booker. This is especially true at a time when the Trump administration is trying to divide us up with its racist appeals. https://t.co/VyVcG6srQM

De Blasio posted a picture of his family on Twitter and pointing out that Eastland believed that his “multiracial family should be illegal.”

“It’s 2019 & @JoeBiden is longing for the good old days of ‘civility’ typified by James Eastland. Eastland thought my multiracial family should be illegal & that whites were entitled to ‘the pursuit of dead n*ggers,’ ” de Blasio wrote.

“It’s past time for apologies or evolution from @JoeBiden,” de Blasio continued. “He repeatedly demonstrates that he is out of step with the values of the modern Democratic Party.”

Speaking to reporters at the Capitol on Wednesday, Harris, who is black, said she was “deeply” concerned by Biden’s comments.

“It concerns me deeply,” she said, according to ABC News’s Mariam Khan. “If those men had their way, I wouldn’t be in the United States Senate and on this elevator right now.”

“Evoking an avowed segregationist is not the best way to make the point that we need to work together and is insensitive; we need to learn from history but we also need to be aggressive in dismantling structural racism that exists today,” Delaney said.

Sen. Elizabeth Warren (D-Mass.) did not directly criticize Biden, but said it would be wrong to “celebrate segregationists.”

Biden campaign spokeswoman and senior adviser Symone Sanders defended the former vice president in a lengthy statement posted to Twitter, writing that “suggesting he is actively praising a segregationist is just a bad take and a willfully disingenuous act.”

She wrote that Biden “basically said sometimes in Congress, one has to work with terrible or down right racist folks to get things done. And then went on to say when you can’t work with them, work around them.”