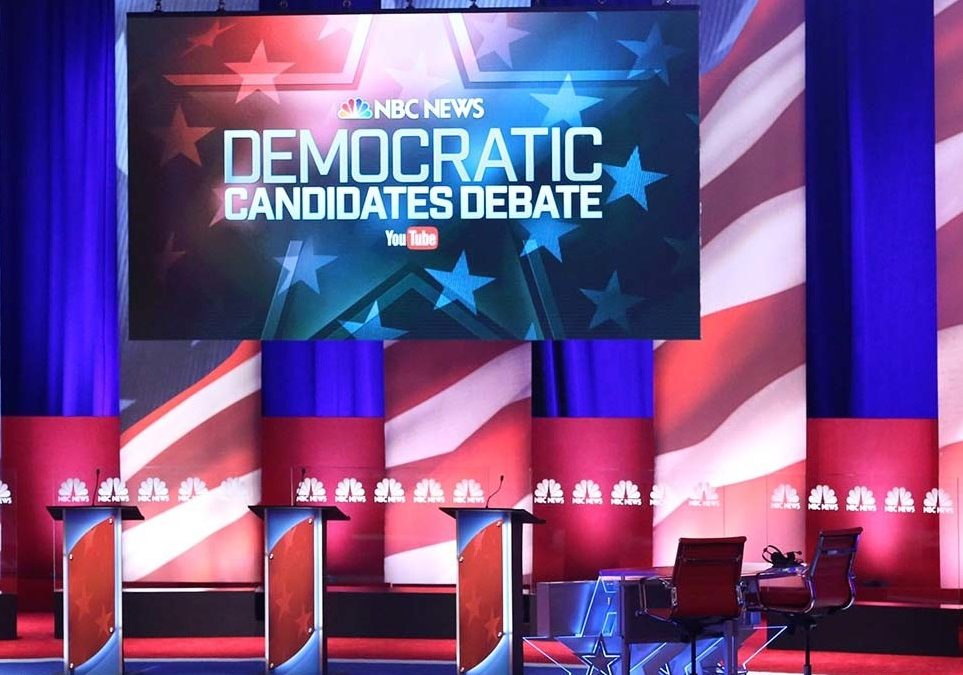 The Democratic National Committee announced the candidates who qualified for the first debates of the 2020 presidential campaign today, chopping the historically large field of 23 contenders down to the 20 available slots.

Gov. Steve Bullock of Montana, Representative Seth Moulton of Massachusetts and Mayor Wayne Messam of Miramar, Fla., did not qualify, and will be left out of the debates on June 26 and 27 in Miami.

The candidates who made the cut did so by registering 1 percent support in three polls, receiving donations from 65,000 people, or both.

The 20 candidates who qualified, in alphabetical order, are:

To determine the 10-candidate lineup for each debate, the committee has said it will evenly and randomly divide top-tier candidates across the two nights.

NBC News, which is moderating the first debates, will select the lineups on Friday.

The June debates will be the first time many Americans see the Democratic field.

For candidates outside the top tier, the debates present a chance for a breakout moment — though they will have to fight for airtime with nine other people on the stage each night.

Bullock, who kicked off his campaign May 14, has been outspoken about his displeasure with the party and the methods it used to pare down the field.

In emails to donors, he complained vociferously after a poll that would have helped qualify him for the debates was excluded from consideration.

And today, Bullock’s campaign said it had lobbied the D.N.C. for inclusion in the debates one more time, arguing again that the disqualified poll should be counted.

Two other polls released this week gave Bullock a pair of additional chances to meet the threshold.

Had he received 1 percent support in either of those polls, Bullock would have become the 21st candidate to qualify for the June debates, and that would have forced officials to employ tiebreakers to determine which candidate would be excluded.

About two weeks ago, the Democratic National Committee announced that it would toughen the requirements for participation in the fall debates.

To qualify for the party’s third debate, scheduled for mid-September, candidates will have to attract donations from 130,000 individuals and register at least 2 percent in four state or national polls from a list of approved surveys.

More than half of the sprawling field is at risk of falling short of that threshold, and news of the more stringent rules sent shock waves through the campaigns on the margins.

Some of the most vulnerable candidates have argued that the standard forces them to spend time and money recruiting donors, rather than investing in staff or online advertising.