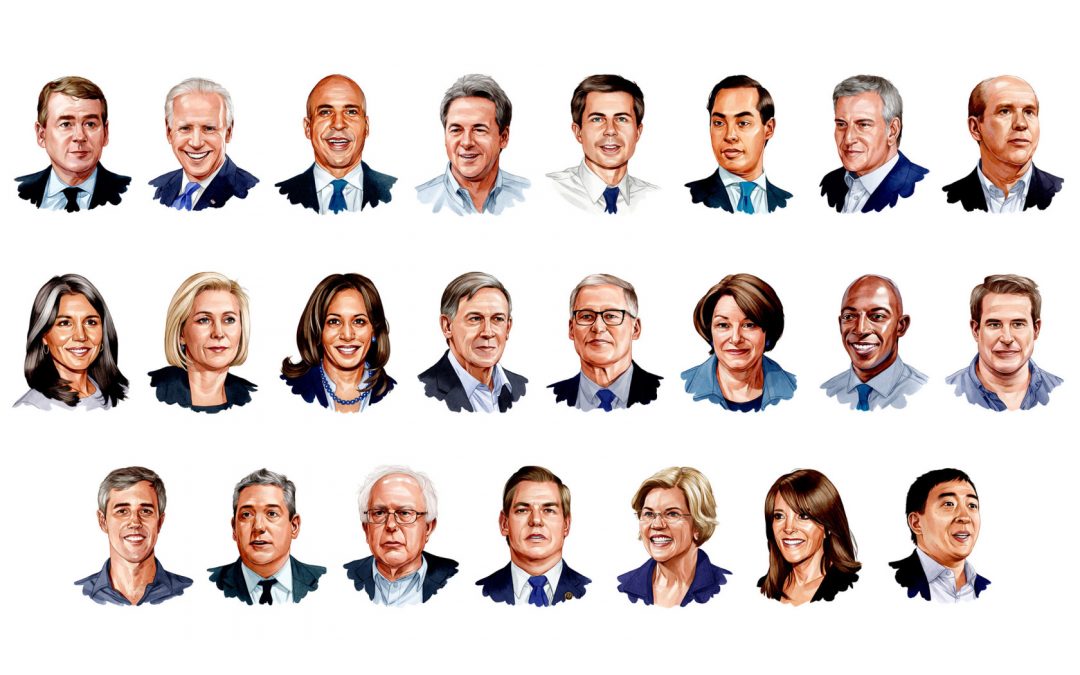 The first Democratic Party debate for the 2020 election cycle will include a record 20 participants with 10 candidates on stage at once. The debate will be divided between two nights – tonight and tomorrow night.

The debate will be aired on NBC, MSNBC and Telemundo from 9-11 p.m. ET both nights.

Candidates will have to talk fast as each candidate will only get 60 seconds to respond to each question and 30 seconds for follow-ups, according to NBC News. The candidates will not be afforded an opening statement, but will be allowed to deliver a closing statement.

The Democratic National Committee used both polling and fundraising criteria to extend invitations to this week’s debate. Candidates needed to either have 65,000 donors or have at least 1 percent of the vote in a series of polls.

Here is the lineup for tonight’s half of the debate:

Here is the lineup for Thursday’s half of the debate:

Why such a large field?

One reason is many Democrats see an opportunity to win in 2020 with Trump’s disapproval rating consistently above 50 percent, according to Gallup. A second reason is that the DNC has changed its nominating rules, taking power away from so-called “Super Delegates” and allowing the primaries and caucuses to solely decide the party’s nominee.

Isn’t this early for a debate?

While the Democrats did not hold their first debate until 13 months before the general election in 2016 (there are still 16 months between now and the 2020 general election), that was relatively late.

In 2012, the GOP had its first debate 18 months out from the general election. In that case, it might have been a case of being too early.

The May 2012 debate did not draw eventual nominee Mitt Romney to the stage.

What the polls say?

Like the Republicans in 2016, the Democrats have such a large field, all of the candidates could not fit on one stage.

Unlike the Republicans, the Democrats opted to divide candidates between two debates at random rather than holding an “undercard” debate.

But if polling is any indication, Thursday has the stronger candidates. Four of the top five candidates will be on the stage on Thursday, according to last week’s poll released by Mammoth University.

Frontrunner Joe Biden along with Sen. Kamala Harris, Sen. Bernie Sanders and Mayor Pete Buttigieg will share a stage Thursday. Sen. Elizabeth Warren is the only candidate among the top 5 who will be on stage tonight.

A Mommouth University poll from February showed that electability is a strong consideration for Democrats.

Of those surveyed, 56 percent of Democrats said that they would prefer a candidate who could beat Trump rather than a candidate they would agree with. Just 33 percent said the opposite.

With that in mind, it is safe to say some candidates will go after Trump rather than trying to win points with policy.

That doesn’t mean Democrats on the stage won’t be challenged.

Will Biden be challenged on his comments about working with senators who supported segregation?

Will Buttigieg be asked about his handling of a recent police-involved shooting in South Bend, Ind?

What about Sanders’ plan to erase student loan debt in the US?

These are all likely questions to come up.

When are the primaries and caucuses?

The first caucus is in Iowa on February 3.

Arguably the most important day will be March 3 when at least 14 states are slated to vote.