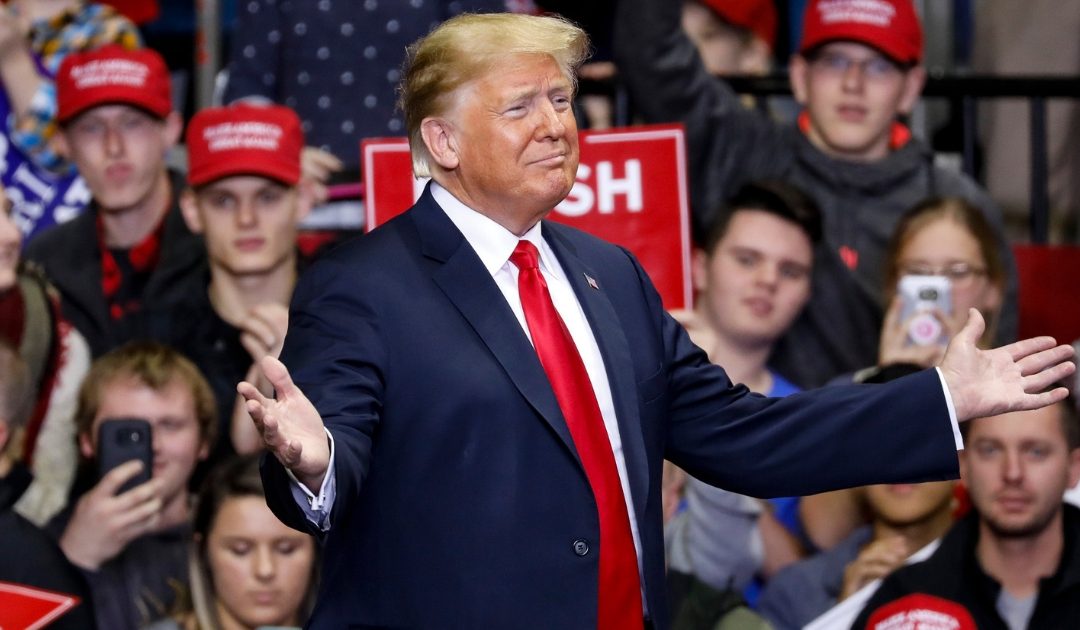 Jabbing at the press and poking the eye of the political establishment he ran against in 2016, President Trump officially kicked off his reelection campaign tonight with a grievance-filled Florida rally that focused more on settling scores than laying out his agenda for a second term.

Addressing a crowd of thousands at the Amway Center in Orlando, Florida, Trump complained he had been “under assault from the very first day” of his presidency by a “fake news media” and “illegal witch hunt” that had tried to keep him and his supporters down.

And he painted a disturbing picture of what life would look like if he loses in 2020, accusing his critics of “un-American conduct” and telling the crowd that Democrats “want to destroy you and they want to destroy our country as we know it.”

The apocalyptic language and finger-pointing made clear that Trump’s 2020 campaign will probably look a whole lot like his improbably successful run three years ago.

While Trump’s campaign has tried to professionalize, with shiny office space and a large and growing staff, and despite two-and-a-half years occupying the Oval Office as America’s commander-in-chief, Trump nonetheless remained focused on energizing his base and offering himself as a political outsider running against Washington.

And he appeared eager for a rerun of 2016, spending considerable time focused on former Democratic rival Hillary Clinton, whose name elicited “Lock her up!” chants, even though she is not on the ballot.

“I have news for Democrats who want to return us to the bitter failures and betrayals of the past. We are not going back. We are going on to victory,” Trump said.

Trump spoke fondly of his 2016 run, calling it “a defining moment in American history.”

And he said he had fundamentally upended Washington, staring down “a corrupt and broken political establishment” and restoring a government “of, for and by the people.”

He officially filed for re-election on January 20, 2017, the day of his inauguration, and held his first 2020 rally in February, 2017, in nearby Melbourne, Florida.

He has continued holding his signature “Make America Great Again” rallies in the months since. 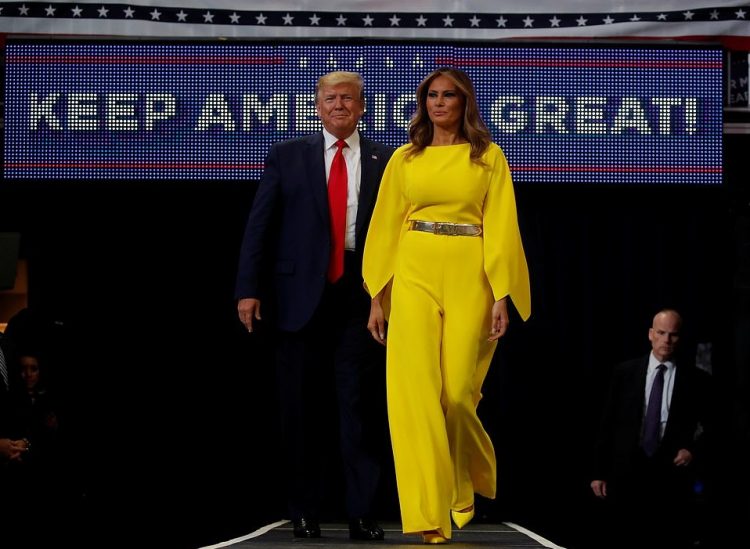 The First Couple attend a rally in Orlando, Florida. 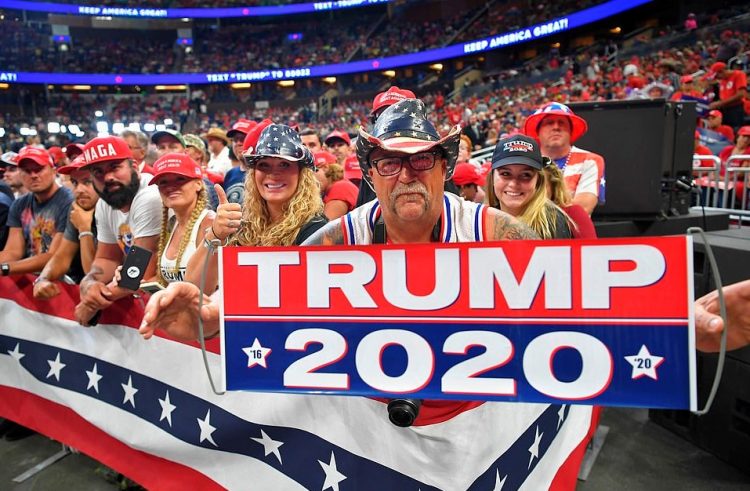 Trump supporters are enthusiastic about 2020.

Trump is hoping to replicate the dynamics that allowed him to capture the Republican Party and then the presidency in 2016 as an insurgent intent on disrupting the status quo.

But any president is inherently an insider.

Trump has worked in the White House for two-and-a-half years, travels the skies in Air Force One and changes the course of history with the stroke of a pen or the post of a tweet.

That populist clarion was a central theme of his maiden political adventure, as the businessman-turned-candidate successfully appealed to disaffected voters who felt left behind by economic dislocation and demographic shifts.

And he has no intention of abandoning it, even if he is the face of the institutions he looks to disrupt.

He underscored that on the eve of the rally in the must-win swing state of Florida, returning to the hard-line immigration themes of his first campaign by tweeting that, next week, Immigration and Customs Enforcement “will begin the process of removing the millions of illegal aliens who have illicitly found their way into the United States.”

That promise, which came with no details and sparked Democratic condemnation, seemed to offer a peek into a campaign that will largely be fought along the same lines as his first bid, with very few new policy proposals for a second term.

Early Democratic front-runner Joe Biden said today that Trump’s politics are “all about dividing us” in ways that are “dangerous — truly, truly dangerous.”

On Monday, a boisterous crowd of thousands of Trump supporters, many of them in red hats, began gathering outside the Amway Center, where the campaign had organized a festival with live music and food trucks.

They spent Tuesday braving downpours and listening to a cover band playing Southern rock standards such as Lynyrd Skynyrd’s “Sweet Home Alabama” at an outdoor “45 Fest” the campaign organized to energize the crowd.

Vendors sold water, as well as pins, hats and T-shirts with slogans including “Trump 2020” and “ICE ICE Baby,” a reference to the law enforcement agency tasked with enforcing immigration laws.

“Trump has been the best president we’ve ever had,” said Ron Freitas, a retired Merchant Marine and registered Democrat from the Orlando area who sat in a lawn chair. Freitas said he was sure Trump would prevail over whomever his Democratic opponent was.

Close by, hundreds of anti-Trump protesters clapped and took photos when a 20-foot blimp of a snarling Trump baby in a diaper was inflated.

The balloon is up! A crowd of about 200 gathered and cheered as the Baby Trump balloon was inflated. #TrumpInOrlando pic.twitter.com/mSQGkqn70T

The blimp looks like the one that flew in London during Trump’s recent state visit but is not the same one.

“The goal is to get under his skin,” said Mark Offerman, the blimp’s handler.

Florida is considered a near-must-win state for Trump to hold onto the White House, and both parties have been mobilizing for a fierce and expensive battle in a state that Trump has visited as president more often than any other.