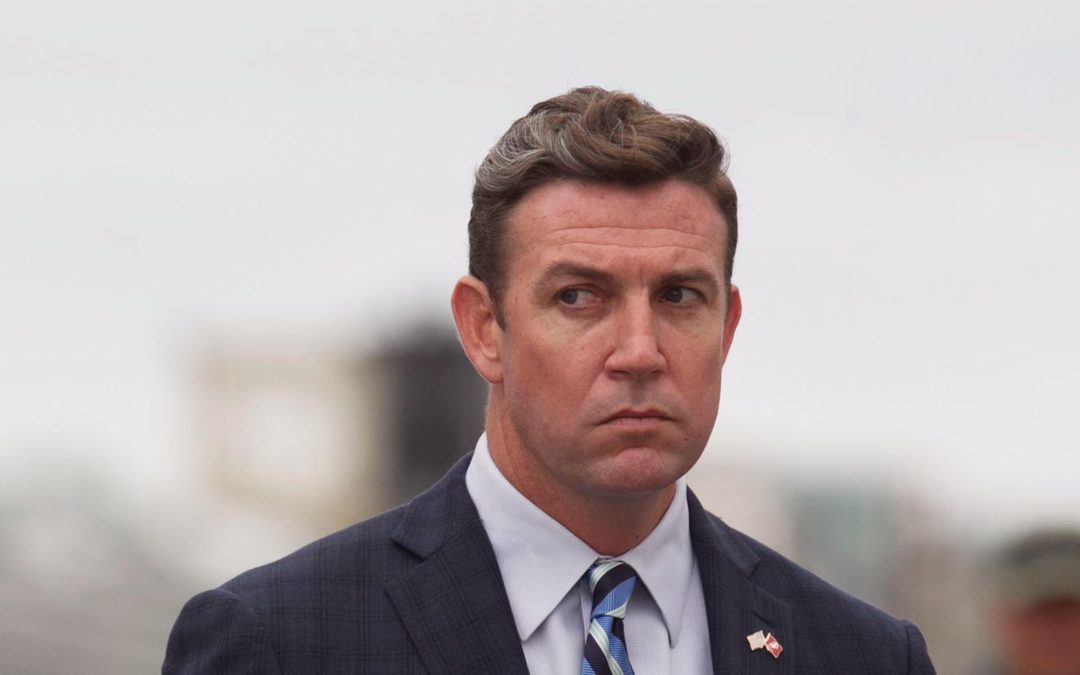 Attorneys for Rep. Duncan Hunter (R-CA), who has been indicted for campaign finance violations, asked the court to exclude allegations that he misused campaign funds during extramarital affairs, saying that his alleged relationships “often served an overtly political purpose.”

Hunter’s attorneys said in court yesterday that the government was attempting to “publicly embarrass Mr. Hunter with evidence that reflects poorly on his character,” and that the value of the evidence is outweighed by the risk it would unfairly prejudice the jury against him.

“The Court should deny the Motion and prevent the Government from distracting the jury with this salacious and prejudicial information,” they wrote.

The Justice Department indicted Hunter and his wife, Margaret, in 2018 for using more than $200,000 out of campaign coffers in violation of laws that require election contributions be spent to legitimate political ends.

Hunter’s ski trip to Reno with one woman, road trip to Virginia Beach with another, and other travel to booty calls between 2009 and 2016 were examples of using campaign funds as “personal bank accounts,” prosecutors say.

Hunter’s lawyers characterized the allegations as “a married man mixing business with pleasure” and did not appear to deny their veracity.

They argued that because the relationships “often served an overtly political purpose,” the spending the government has connected with the alleged relationships could be justified.

“Unlike intimacy, the fact that an individual’s relationship with Mr. Hunter includes a professional aspect that directly, or indirectly, relates to his campaign or duties as a holder of Federal office, is directly relevant to whether Mr. Hunter could properly use campaign funds for an expense in connection with that individual,” they wrote.

But prosecutors say, for example, that an October 2015 meeting — when Hunter rendezvoused with a lobbyist who’d organized fundraisers for him, referred to in court documents as “Individual 17” — “was not about business.”

On his website, Hunter promoted himself as a staunch believer in “family values” who voted in favor of the Defense of Marriage Act, legislation that defined marriage as between one man and one woman that was overturned by the Supreme Court in 2013.

Earlier this month, Margaret Hunter flipped, switching her plea from not guilty to guilty, agreeing to help in the investigation of her husband.

She admitted in court that the couple used the funds to go on expensive trips, shopping sprees, and plane tickets for their pet rabbit, Eggburt.