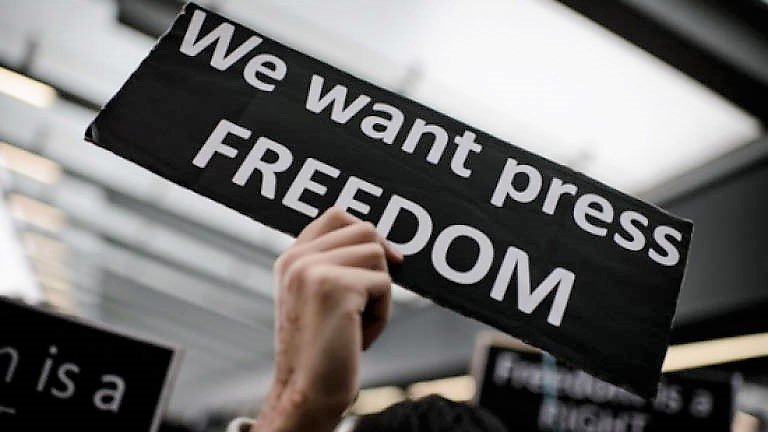 Press freedom is declining around the world, with democratic governments joining authoritarian regimes in seeking to suppress independent journalism.

An annual report by Freedom House said press freedom saw notable declines in Europe while President Trump’s vilification of the press has “seriously exacerbated an ongoing erosion of public confidence in the mainstream media.”

The impact of Trump’s effort has been to undermine free press because journalists around the world now have less reason to believe that Washington will come to their aid if their rights are violated,” Freedom House said.

“In some of the most influential democracies in the world, populist leaders have overseen a concerted attempt to throttle the independence of the media,” said Sarah Repucci, senior director for research at the human rights group.

“While threats to global media freedom are concerning in their own right, their effect on the state of democracy is what makes them truly dangerous.” 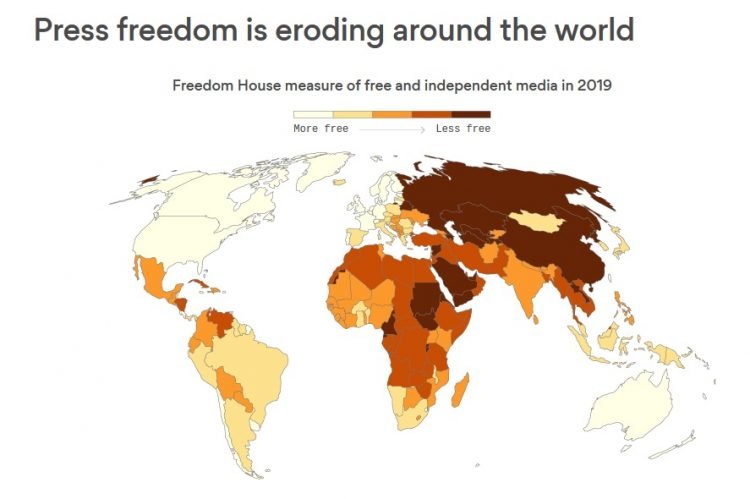 Press freedom has fallen in 1 in 5 countries over the past 5 years.

The report said that in some democratic states, “large segments of the population are no longer receiving unbiased news and information” as a result of “nuanced efforts” to undermine their independence.

This has coincided with a populist trend in which leaders present themselves as “defenders of an aggrieved majority” and seek to discredit independent media and suppress open debate, Freedom House said.

Elsewhere, the Russian government’s purchase of the largest national newspaper has sought to “infuse its coverage with partisan bias” and China’s Communist Party has sought to expand its influence over media production and dissemination channels abroad, the report noted.

The report said Viktor Orban’s government in Hungary and Aleksandar Vucic’s in Serbia have been successful in snuffing out critical journalism and consolidating media ownership into friendly hands, creating a template for other populist leaders.

In India, Prime Minister Narendra Modi’s government has also sought to pressure independent media in selection of television licenses and has supported campaigns to discourage speech that is “antinational,” according to Freedom House.

Modest gains in press freedom were seen in countries where democracy is strengthening including Ethiopia, Malaysia, Ecuador and Gambia, the report said.