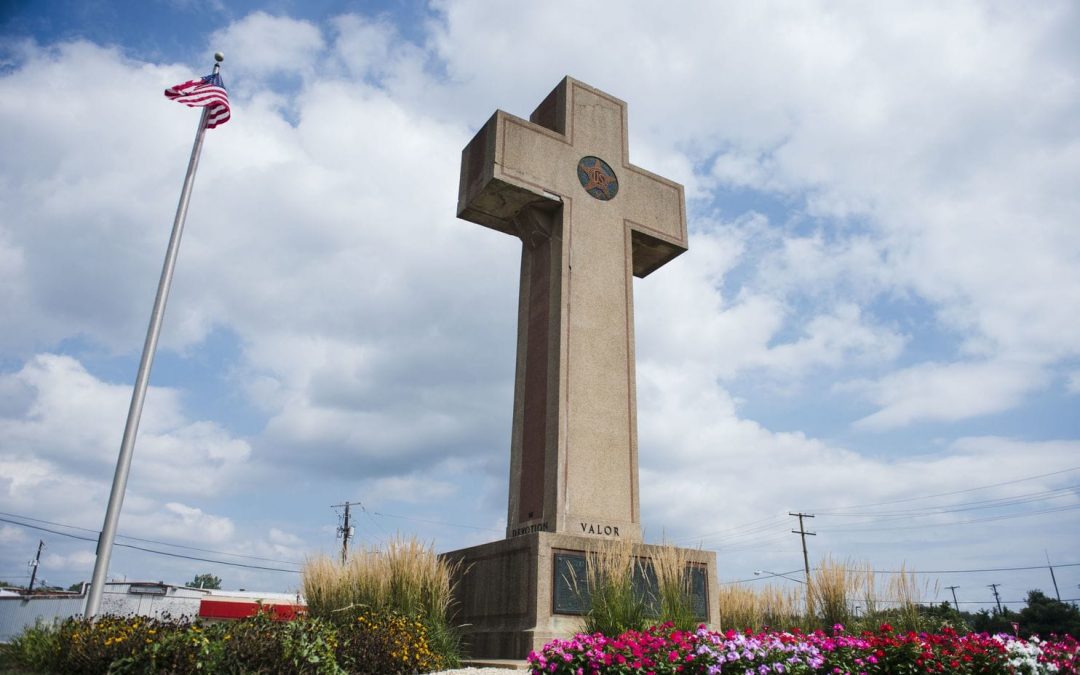 The Supreme Court ruled today that a 40-foot cross erected as a tribute to war dead may continue to stand on public land in Maryland, rejecting arguments that it was an unconstitutional endorsement of religion.

The vote was 7 to 2, but the ruling prompted an outpouring of individual opinions as the court struggled to explain what should be done with public displays that feature religious imagery.

Justice Samuel Alito Jr. wrote the main opinion and said history and tradition must be taken into account when judging modern objections to monuments on public land.

“The cross is undoubtedly a Christian symbol, but that fact should not blind us to everything else that the Bladensburg Cross has come to represent,” Alito wrote. “For some, that monument is a symbolic resting place for ancestors who never returned home. For others, it is a place for the community to gather and honor all veterans and their sacrifices for our Nation. For others still, it is a historical landmark.

“For many of these people, destroying or defacing the Cross that has stood undisturbed for nearly a century would not be neutral and would not further the ideals of respect and tolerance embodied in the First Amendment.”

Justices Ruth Bader Ginsburg and Sonia Sotomayor dissented, and Ginsburg emphasized her disagreement by reading part of her dissent from the bench.

She said the court’s decision to maintain the cross-shaped monument on public land “erodes” the constitutional principle that “demands governmental neutrality.”

By honoring World War I soldiers with a cross-shaped memorial, the state of Maryland, she said, “places Christianity above other faiths” and sends the message to people of other faiths that “they are outsiders.”

“Making a Latin cross a war memorial does not make the cross secular. Quite the contrary, the image of the cross makes the war memorial sectarian. The Peace Cross is no exception,” Ginsburg said.

The Bladensburg Peace Cross, made of granite and cement, was built in 1925 and paid for by local families, businesses and the American Legion to honor 49 World War I veterans from Prince George’s County.

But the 40-foot cross sits on a now-busy highway median owned since 1961 by a state commission that pays for its maintenance and upkeep.

The legal challenge began with the American Humanist Association, a nonprofit atheist organization that has filed similar lawsuits throughout the country.

The justices offered various reasons for their judgments.

Thomas repeated his view that the First Amendment’s words that “Congress shall make no law respecting an establishment of religion” means that states are more free to do what they want.

Gorsuch would have dismissed the case because he believes the “offended observer” has no legal standing to sue.

Breyer said he was persuaded by the specifics of the case: that crosses are specifically linked to World War I sacrifice and that the cross had stood for 94 years without controversy.

“The Peace Cross cannot reasonably be understood as ‘a government effort to favor a particular religious sect’ or to ‘promote religion over nonreligion,’ ” he wrote, repeating earlier standards set by the court.

Kagan praised Alito’s ruling, but said she refused to join it in full “out of perhaps an excess of caution.”

“Although I too look to history for guidance, I prefer at least for now to do so case-by-case, rather than to sign on to any broader statements about history’s role in Establishment Clause analysis,” she wrote.

Kavanaugh said that the decision allows the cross to remain on public land but does not require it.

Maryland officials could make other arrangements, he said, such as transferring the land to a private group.

Maryland Gov. Larry Hogan (R) did not seem interested in that.

He and the state’s Democratic attorney general, Brian E. Frosh, had asked the court to allow the cross to remain.

The ruling “ensures that this memorial — a dignified tribute to those who came before us and made the ultimate sacrifice — will stand tall and proud for the ages,” Hogan said in a statement.