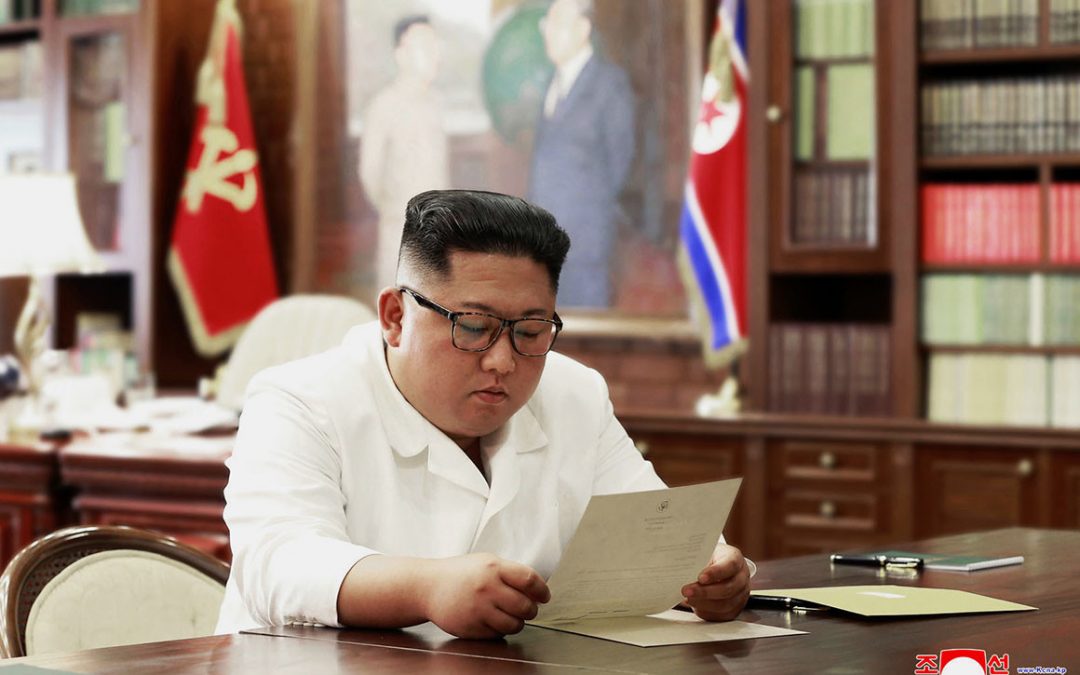 Kim “said with satisfaction that the letter is of excellent content,” the Korean Central News Agency reported.

“Appreciating the political judging faculty and extraordinary courage of President Trump, Kim Jong Un said that he would seriously contemplate the interesting content,” the agency said.

Nuclear talks between the U.S. and North Korea broke down after the failed summit between Kim and Trump in February in Vietnam.

The U.S. is demanding that North Korea abandon its nuclear weapons entirely before international sanctions are lifted.

North Korea is seeking a step-by-step approach in which moves toward denuclearization are matched by concessions from the U.S., notably a relaxation of the sanctions.

On Thursday, Kim, meeting in Pyongyang with Chinese President Xi Jinping, said that his country is waiting for a desired response in stalled nuclear talks with the United States.

“North Korea would like to remain patient, but it hopes the relevant party will meet halfway with North Korea to explore resolution plans that accommodate each other’s reasonable concerns,” he said, according to Chinese state broadcaster CCTV.

Xi’s trip to North Korea, the first by a Chinese president in 14 years, raises the possibility that China could help break a monthslong impasse in talks between the U.S. and North Korea over the North’s nuclear weapons.

Trump and Kim exchanged letters in 2018 after a summit in Singapore to discuss the nuclear issue.

White House spokeswoman Sarah Huckabee Sanders said at the time that the letters addressed their commitment to work toward North Korea’s “complete denuclearization.”

In September 2018, Trump told a cheering crowd at a campaign rally in West Virginia that Kim “wrote me beautiful letters and they’re great letters. We fell in love.”