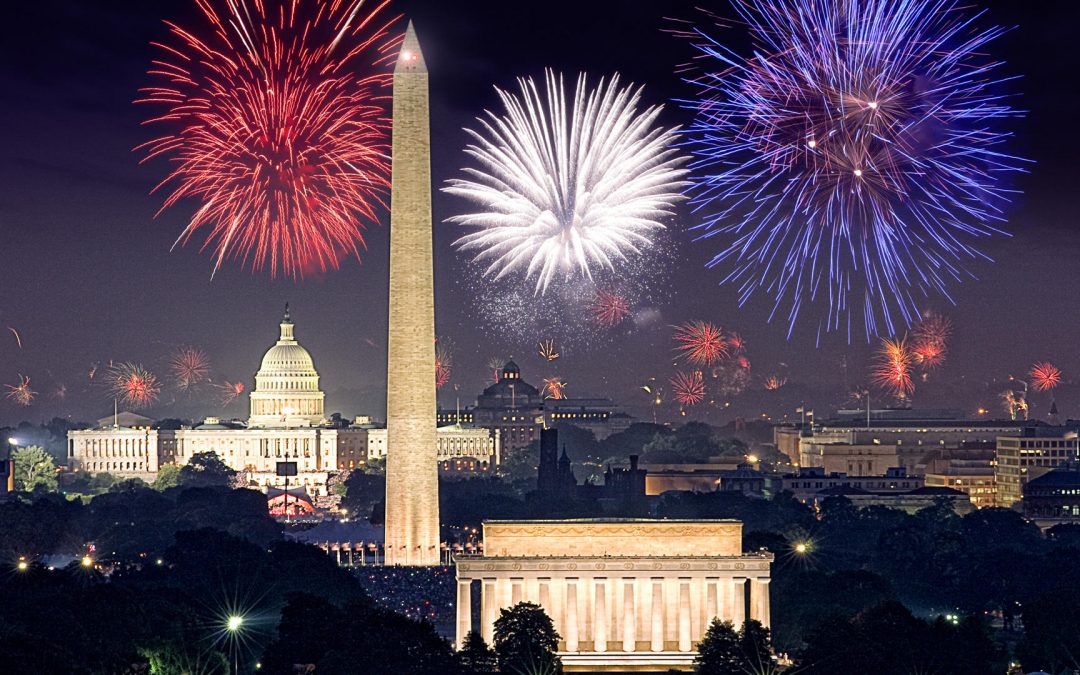 Plans by President Trump to reshape Washington’s Independence Day celebration now include an area in front of the Lincoln Memorial reserved for dignitaries, family and friends that will be accessible only through tickets distributed by the White House.

The VIP section will stretch roughly from the steps of the memorial to the midpoint of the reflecting pool, according to the U.S. Secret Service.

It is in front of the spot from which Trump plans to address the nation as part of his rebranding of the traditional July 4 event into his own “Salute to America,” which includes moving the fireworks from the reflecting pool to two different sites, including West Potomac Park.

The revamped festivities will include additional fireworks, military bands and flyovers by Air Force One, the Blue Angels and aircraft from all branches of the military.

Many people who have long-standing practices for how they get downtown, or where they position their boats for the best vantage points and ease of access, will need to make adjustments.

Even travelers passing through the region’s skies will be affected, with all operations at Reagan National Airport suspended for up to an hour and 15 minutes on July 4, the FAA said late Friday.

Local and federal officials on Friday held a news conference to address security issues and deliver updates on the plans still unfurling just days before usually large crowds descend on the Mall from across the region and the country.

The ongoing shifts to what had been established security and crowd-control protocols have left officials in the District and some federal agencies confused about logistics as basic as what Metro stops and roads might be open or closed, and for what period, and how many fireworks displays will launch.

On Friday morning, bleachers had been set up on the plaza below the Lincoln Memorial, and workers were erecting other structures.

Seats faced away from the memorial and toward the Washington Monument, making it unclear where exactly Trump plans to stand while giving his speech.

The ramifications of adding the president’s speech to the July 4 lineup, adding another fireworks show and shifting the fireworks’ location already were having a sooner-than-expected impact.

In West Potomac Park, softball fields were fenced off Friday morning, a day earlier than had been announced, while 36 portable spotlights were parked along Ohio Drive.

A crew from Garden State Fireworks was setting up its launch site near a baseball backstop.

Come July 4, the Arlington Memorial Bridge, a major thoroughfare that was open in the past on the holiday, will be closed for the day, cutting off people trying to drive into the District from Arlington National Cemetery and other nearby points.

Transportation officials warned that the Smithsonian and Foggy Bottom Metro stops could experience extra crowding as a result.

Also, because of the shift in the fireworks launch, boaters accustomed to anchoring between the Theodore Roosevelt Bridge and the Arlington Memorial Bridge will be moved to an area on the west side of the Potomac River near the 14th Street Bridge.

Still unanswered is whether the activist group Code Pink can fly its “Baby Trump” protest balloon, and where. Helium balloons are barred from the Mall at all times, including during the event.

Jeff Reinbold, the National Park Service superintendent for the National Mall and Memorial Parks, said the group might be able to use “cold air” to keep the balloon low to the ground and avoid restricted airspace.

Cold air is used in stationary inflatables typically found flapping outside tax offices and car dealerships. Also unclear is whether people can take in smaller versions of the Baby Trump balloons being promoted on social media.

What was clear after Friday’s news conference is that the president’s vision for a grand affair, with elements of the military-style parade he has long sought and local officials have resisted, seems to be coming together.

Del. Eleanor Holmes Norton (D-D.C.), the city’s nonvoting representative in Congress, has said she worries Trump’s appearance could turn the holiday into a spectacle, and D.C. Mayor Muriel E. Bowser (D) has said she hopes Trump “recognizes that the event is a unifying event that celebrates the birthday of our nation.”